This Veteran's Invention Turns a Gun Into a Machine Gun

An Air Force veteran who wanted a fast-shooting rifle but couldn't afford one that was fully automatic invented the "bump stocks" now gaining unwanted attention for their possible role in the Las Vegas concert massacre, NBC News reported.

"We weren't able to fire as fast as we wanted," Jeremiah Cottle recalled in a 2011 interview with a local newspaper, The Albany News in Texas. "We couldn't afford what we wanted ─ a fully automatic rifle ─ so I started to think about how I could make something that would work and be affordable."

Having just recovered from a brain injury, his tinkering produced a prototype of the Slide Fire, a line of now-popular "bump-fire stocks" that let a semi-automatic rifle's recoil quickly re-engage the trigger, simulating automatic fire. 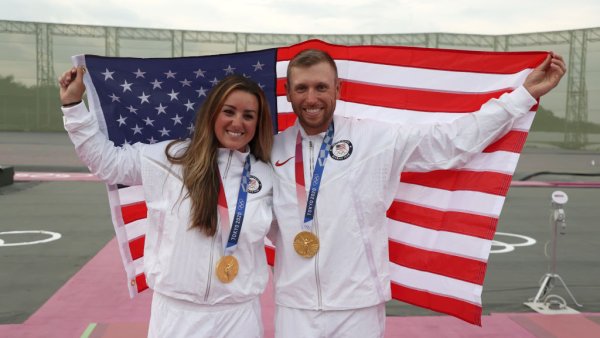 Such devices were found on 12 rifles in the hotel room from which Stephen Paddock laid waste to a music festival this weekend, and now there's talk even among Republicans in Congress of a ban on the devices.

Cottle did not respond to a request for comment and hasn't offered any public remarks on Paddock's attack.