Here's a look at what the U.S. spent in the country, in lives and expenditure

America’s longest war, the two-decade-long conflict in Afghanistan that started in the wake of the Sept. 11 terrorist attacks, killed tens of thousands of people, dogged four U.S. presidents and ultimately proved unwinnable despite its staggering cost in blood and treasure.

This final chapter, with President Joe Biden’s decision to pull all American troops from Afghanistan by the 20th anniversary of the terrorist attacks, has prompted a reckoning over the war’s lost lives and colossal expenditure.

Here’s a look at the spiraling cost of America’s campaign — the bloodshed, wasted funds and future consequences for the war-battered nation teetering on the brink of chaos.

THE COST IN LIVES: CIVILIAN DEATHS AND TROOP CASUALTIES

Afghans have paid the highest price. Since 2001, at least 47,245 civilians have been killed in the war as of mid-April, according to the Costs of War project at Brown University, which documents the hidden costs of the post-9/11 wars.

Gun and bomb attacks targeting civilians surged to previously unseen heights since the intra-Afghan peace negotiations opened in Qatar last fall, according to the U.N. Watchdogs say the conflict has killed a total of 72 journalists and 444 aid workers.

The Afghan government keeps the toll among its soldiers secret to avoid undermining morale, but Costs of War estimates the war has killed 66,000 to 69,000 Afghan troops.

The war has forced 2.7 million Afghans to flee abroad, mostly to Iran, Pakistan and Europe, the U.N. said. Another 4 million are displaced within the country, which has a total population of 36 million.

Meanwhile, 2,442 U.S. troops have been killed and 20,666 wounded in the war since 2001, according to the Defense Department. It’s estimated that over 3,800 U.S. private security contractors have been killed. The Pentagon does not track their deaths.

The conflict also has killed 1,144 personnel from the 40-nation NATO coalition that trained Afghan forces over the years, according to a tally kept by the website iCasualties. The remaining 7,000 allied troops also will withdraw by Biden’s 9/11 deadline.

THE COST IN DOLLARS

The U.S. has spent a stunning total of $2.26 trillion on a dizzying array of expenses, according to the Costs of War project.

The Defense Department’s latest 2020 report said war-fighting costs totaled $815.7 billion over the years. That covers the operating costs of the U.S. military in Afghanistan, everything from fuel and food to Humvees, weapons and ammunition, from tanks and armored vehicles to aircraft carriers and airstrikes.

Although America first invaded to retaliate against al-Qaida and rout its hosts, the Taliban, the U.S. and NATO soon pivoted to a more open-ended mission: nation-building on a massive scale.

Washington has poured over $143 billion into that goal since 2002, according to the latest figures from the Special Inspector General for Afghanistan Reconstruction (SIGAR).

Of that, $88 billion went to training, equipping and funding Afghan military and police forces. Another $36 billion was spent on reconstruction projects, education and infrastructure like dams and highways, the SIGAR report said. Another $4.1 billion has gone to humanitarian aid for refugees and disasters. The campaign to deter Afghans from selling heroin around the world cost over $9 billion.

Unlike with other conflicts in American history, the U.S. borrowed heavily to fund the war in Afghanistan and has paid some $530 billion in interest. It has also paid $296 billion in medical and other care for veterans, according to Costs of War. It will continue to pay both those expenses for years to come. 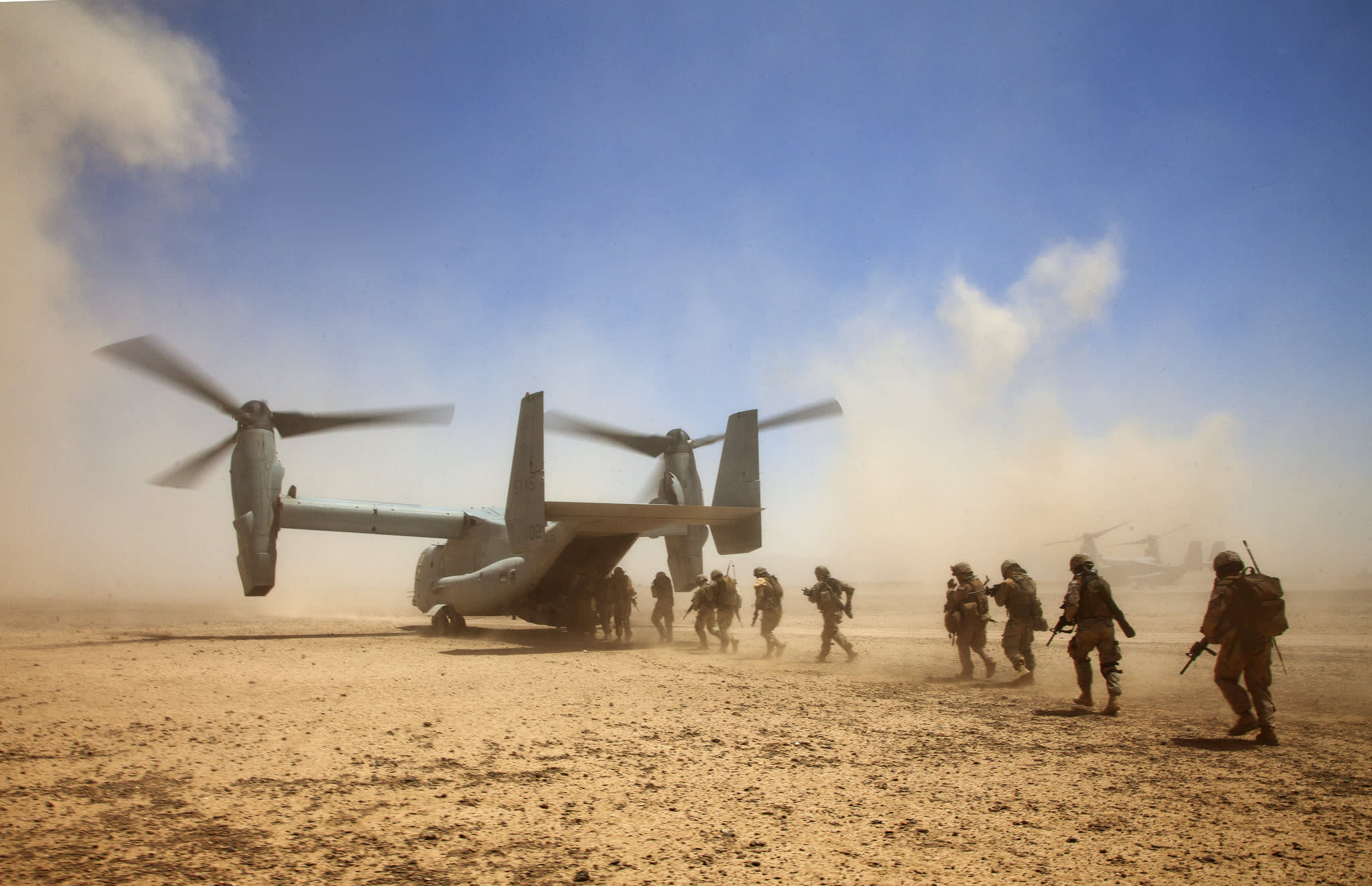 Much of the billions lavished on huge infrastructure projects went to waste, the U.S. inspector general discovered. Canals, dams and highways fell into disrepair, as Afghanistan failed to absorb the flood of aid. Newly built hospitals and schools stood empty. Without proper oversight, the U.S. money bred corruption that undermined government legitimacy.

Despite the costly counternarcotics campaign, opium exports reached record heights. Despite the billions in weapons and training to Afghan security forces, the Taliban increased the amount of territory they control. Despite vast spending on job creation and welfare, unemployment hovers around 25%. The poverty rate has fluctuated over the years, reaching 47% through 2020, according to the World Bank, compared to 36% when the fund first began calculating in 2007.

“We invested too much with too little to show for it,” said Michael Wahid Hanna, a senior fellow at the Washington-based Century Foundation.

THE COST OF LEAVING

Although few want to prolong the war interminably, many fear its final end may jeopardize Afghanistan’s modest gains in health, education and women’s rights, made in the early years as the U.S. expanded the economy and toppled the Taliban, which had imposed tough strictures on women.

Since 2001, life expectancy has increased to 64 years from 56, the World Bank says. Maternal mortality has more than halved. Opportunities for education have grown, with the literacy rate rising 8% to roughly 43%. Life in cities has improved, with 89% of residents having access to clean water, compared to 16% before the war.

Child marriage has declined by 17%, according to U.N. data. Girls’ enrollment in primary school has nearly doubled, and more women have entered college and served in Parliament. These figures still pale compared with global standards.

But more broadly, the failure of America’s ambitions to build a stable, democratic Afghanistan has left the country mired in uncertainty as U.S. forces leave. The nation’s history tells of civil war that follows foreign invasions and withdrawals.

“For better or worse, the U.S. has a serious stabilizing presence right now, and once that’s gone there’s going to be a power vacuum,” said Michael Callen, an Afghanistan economy expert at the London School of Economics. “In the 20 years’ war, there’s going to be a whole lot of scores that need to be settled.”