Seismologists in southern Puerto Rico gingerly walked around a patch of dirt that marks the location of recently buried sensors they hope will reveal answers behind the constant and unusual shaking in the region that has terrified residents.

Alena Leeds with the U.S. Geological Survey stopped in front of the sensors on Tuesday afternoon and scrutinized the information that popped up on the screen in front of her.

“Here comes one! There’s an aftershock,” she said as the software showed red, blue and green lines that squiggled up and down.

More than 1,280 earthquakes have hit Puerto Rico’s southern region since Dec. 28, more than two dozen of them magnitude 4.5 or greater, according to the USGS. Among them was a 6.4 magnitude quake that hit on Jan. 7, killing one person and injuring nine others, and a 5.9 magnitude aftershock that occurred Saturday, causing further damage.

On Wednesday morning, a new 5.2 quake hit with the epicenter off the coast more than three miles from Guánica. Click here for Spanish-language coverage from our partner station Telemundo Puerto Rico.

Government officials say the quakes have caused a preliminary $110 million in damage, toppled part of a famed rock formation landmark and damaged or destroyed more than 550 homes. 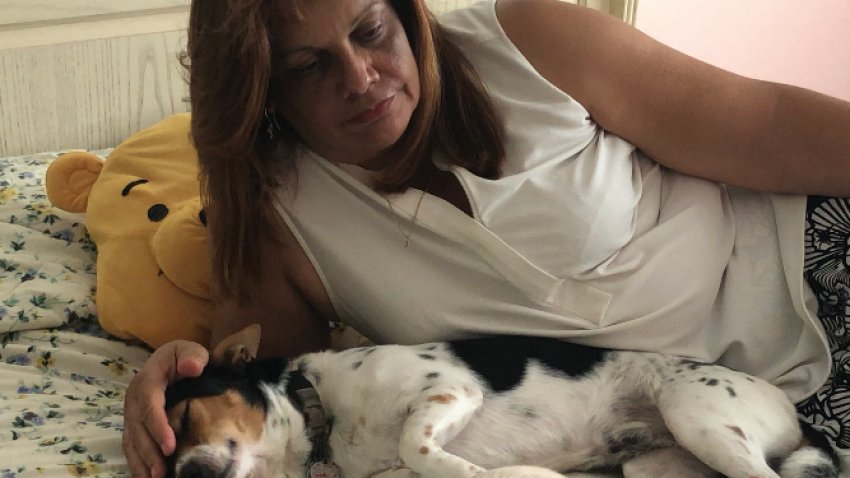 Puerto Rico Retirees Could Face 8.5% Cut to Pensions, in Latest Blow for Island 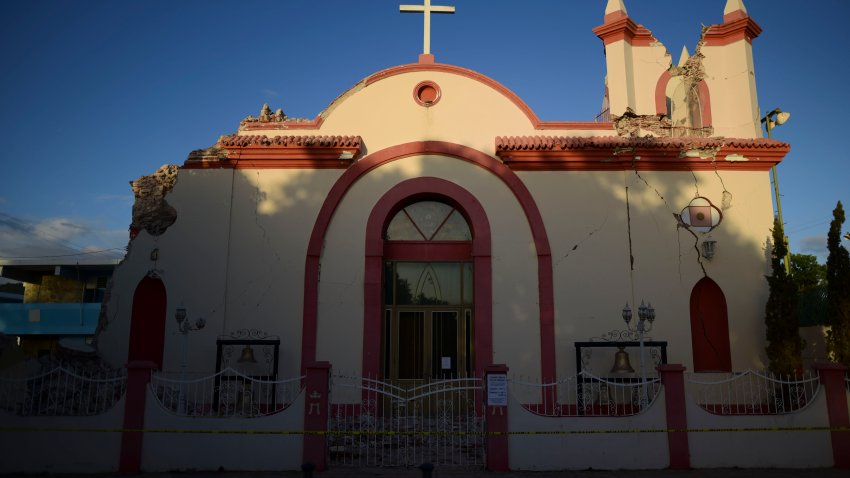 The seismic activity that experts say is unusual but not unexpected has unleashed scientific debate about what’s causing it and drawn international attention to the area, where more than 4,000 people have sought shelter as they wonder when the ground will stop trembling.

“I don’t plan on stepping foot in the house for any reason until this stops,” said Adrián Santos, a 45-year-old mechanic who has been living in a tent in the southern coastal city of Ponce for nearly a week with nine other relatives. “The shaking is unbearable.”

Scientists say they don’t yet know much about the faults causing the quakes, although some experts believe at least three faults are involved, including the Punta Montalva one in southwest Puerto Rico that students and professors at the University of Puerto Rico in Mayaguez discovered in the early 2000s.

“There are a lot of different opinions but not a lot of data,” said Elizabeth Vanacore, an associate research professor at the university, which also houses the island’s Seismic Network.

Overall, Puerto Rico is located in a very seismically active area, with the North America and Caribbean tectonic plates converging at a rate of about 2 centimeters a year, said Gavin Hayes, a USGS research geophysicist. To the north part of the island, the North America plate is moving past and sinking below Puerto Rico, while in the southern region, the Caribbean plate is sinking into the mantel underneath the island.

“Essentially, the island is being squeezed between these two tectonic plates,” he said.

In the last 50 years, 10 earthquakes of magnitude 4 and higher have occurred within 50 kilometers of the recent 6.4 magnitude epicenter prior to Dec. 28, said Lindsay Davis, with USGS’s earthquake disaster assistance team manager.

She said the rate of aftershocks following the 6.4 magnitude quake is higher than expected, but still within normal range. She also said Saturday’s 5.9 magnitude quake was within the range of what was expected for the aftershock sequence.

Meanwhile, scientists are still investigating the reason behind the constant shaking, fascinated that the aftershocks — in a departure from normal behavior — seem to be occurring along several faults, including the Punta Montalva one.

“Some of them we don’t even know they’re there until they talk,” said Leeds, the USGS seismologist. “And now it’s talking very loudly.”