EXPLAINER: How Did the Russia-Ukraine War Trigger a Food Crisis?

Here’s a look at the global food crisis

Russian hostilities in Ukraine are preventing grain from leaving the “breadbasket of the world" and making food more expensive across the globe, threatening to worsen shortages, hunger and political instability in developing countries.

Together, Russia and Ukraine export nearly a third of the world’s wheat and barley, more than 70% of its sunflower oil and are big suppliers of corn. Russia is the top global fertilizer producer.

World food prices were already climbing, and the war made things worse, preventing some 20 million tons of Ukrainian grain from getting to the Middle East, North Africa and parts of Asia.

Weeks of negotiations on safe corridors to get grain out of Ukraine's Black Sea ports have made little progress, with urgency rising as the summer harvest season arrives.

“This needs to happen in the next couple of months (or) it’s going to be horrific,’’ said Anna Nagurney, who studies crisis management at the University of Massachusetts Amherst and is on the board of the Kyiv School of Economics.

She says 400 million people worldwide rely on Ukrainian food supplies. The U.N. Food and Agriculture Organization projects up to 181 million people in 41 countries could face food crisis or worse levels of hunger this year.

Here’s a look at the global food crisis:

Typically, 90% of wheat and other grain from Ukraine's fields are shipped to world markets by sea but have been held up by Russian blockades of the Black Sea coast.

Some grain is being rerouted through Europe by rail, road and river, but the amount is a drop in the bucket compared with sea routes. The shipments also are backed up because Ukraine’s rail gauges don't match those of its neighbors to the west.

Ukraine’s deputy agriculture minister, Markian Dmytrasevych, asked European Union lawmakers for help exporting more grain, including expanding the use of a Romanian port on the Black Sea, building more cargo terminals on the Danube River and cutting red tape for freight crossing at the Polish border.

But that means food is even farther from those that need it.

“Now you have to go all the way around Europe to come back into the Mediterranean. It really has added an incredible amount of cost to Ukrainian grain,’’ said Joseph Glauber, senior research fellow at the International Food Policy Research Institute in Washington.

Ukraine has only been able to export 1.5 million to 2 million tons of grain a month since the war, down from more than 6 million tons, said Glauber, a former chief economist at the U.S. Department of Agriculture.

Russian grain isn't getting out, either. Moscow argues that Western sanctions on its banking and shipping industries make it impossible for Russia to export food and fertilizer and are scaring off foreign shipping companies from carrying it. Russian officials insist sanctions be lifted to get grain to global markets.

What are the sides saying?

Ukraine has accused Russia of shelling agricultural infrastructure, burning fields, stealing grain and trying to sell it to Syria after Lebanon and Egypt refused to buy it. Satellite images taken in late May by Maxar Technologies show Russian-flagged ships in a port in Crimea being loaded with grain and then days later docked in Syria with their hatches open.

Russia says exports can resume once Ukraine removes mines in the Black Sea and arriving ships can be checked for weapons.

Russian Foreign Minister Sergey Lavrov promised that Moscow would not “abuse” its naval advantage and would “take all necessary steps to ensure that the ships can leave there freely.”

Ukrainian and Western officials doubt the pledge. Turkish Foreign Minister Mevlut Cavusoglu said this week that it may be possible to create secure corridors without the need to clear sea mines because the location of the explosive devices are known.

But other questions would still remain, such as whether insurers would provide coverage for ships.

Dmytrasevych told the EU agriculture ministers this week that the only solution is defeating Russia and unblocking ports: “No other temporary measures, such as humanitarian corridors, will address the issue.”

How did we get here?

Food prices were rising before the invasion, stemming from factors including bad weather and poor harvests cutting supplies, while global demand rebounded strongly from the COVID-19 pandemic.

Glauber cited poor wheat harvests last year in the United States and Canada and a drought that hurt soybean yields in Brazil. Also exacerbated by climate change, the Horn of Africa is facing one of its worst droughts in four decades, while a record-shattering heat wave in India in March reduced wheat yields.

That, along with soaring costs for fuel and fertilizer, has prevented other big grain-producing countries from filling in the gaps.

Who will feel the affect the most?

Ukraine and Russia mainly export staples to developing countries that are most vulnerable to cost hikes and shortages.

Countries like Somalia, Libya, Lebanon, Egypt and Sudan are heavily reliant on wheat, corn and sunflower oil from the two warring nations.

“The burden is being shouldered by the very poor," Glauber said. “That’s a humanitarian crisis, no question.’’

Beside the threat of hunger, spiraling food prices risk political instability in such countries. They were one of the causes of the Arab Spring, and there are worries of a repeat.

The governments of developing countries must either let food prices rise or subsidize costs, Glauber said. A moderately prosperous country like Egypt, the world's top wheat importer, can afford to absorb higher food costs, he said.

“For poor countries like Yemen or countries in the Horn of Africa — they’re really going to need humanitarian aid," he said.

Starvation and famine are stalking that part of Africa. Prices for staples like wheat and cooking oil in some cases are more than doubling, while millions of livestock that families use for milk and meat have died. In Sudan and Yemen, the Russia-Ukraine conflict came on top of years of domestic crises. 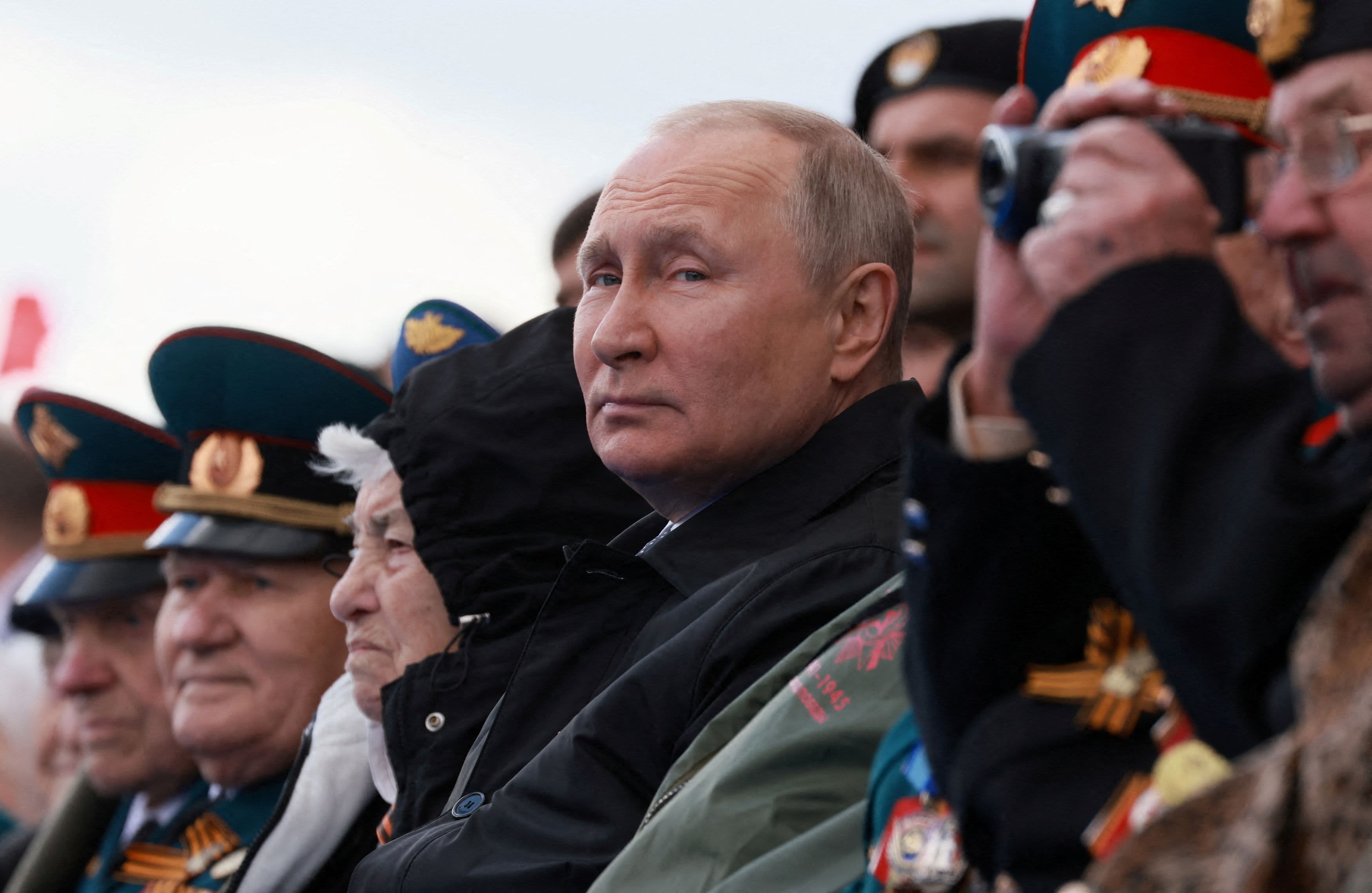 UNICEF warned about an “explosion of child deaths” if the world focuses only on the war in Ukraine and doesn’t act. U.N. agencies estimated that more than 200,000 people in Somalia face “catastrophic hunger and starvation,” roughly 18 million Sudanese could experience acute hunger by September and 19 million Yemenis face food insecurity this year.

Wheat prices have risen in some of those countries by as much as 750%.

“Generally, everything has become expensive. Be it water, be it food, it’s almost becoming quite impossible,” Justus Liku, a food security adviser with the aid group CARE, said after visiting Somalia recently.

Liku said a vendor selling cooked food had “no vegetables or animal products. No milk, no meat. The shopkeeper was telling us she’s just there for the sake of being there."

In Lebanon, bakeries that used to have many types of flat bread now only sell basic white pita bread to conserve flour.

For weeks, U.N. Secretary-General Antonio Guterres has been trying to secure an agreement to unblock Russian exports of grain and fertilizer and allow Ukraine to ship commodities from the key port of Odesa. But progress has been slow.

A vast amount of grain is stuck in Ukrainian silos or on farms in the meantime. And there's more coming — Ukraine’s harvest of winter wheat is getting underway soon, putting more stress on storage facilities even as some fields are likely to go unharvested and because of the fighting.

Serhiy Hrebtsov can’t sell the mountain of grain at his farm in the Donbas region because transport links have been cut off. Scarce buyers mean prices are so low that farming is unsustainable.

“There are some options to sell, but it is like just throwing it away,” he said.

U.S. President Joe Biden says he’s working with European partners on a plan to build temporary silos on Ukraine's borders, including with Poland, a solution that would also address the different rail gauges between Ukraine and Europe.

The idea is that grain can be transferred into the silos, and then “into cars in Europe and get it out to the ocean and get it across the world. But it’s taking time," he said in a speech Tuesday.

Dmytrasevych said Ukraine’s grain storage capacity has been reduced by 15 million to 60 million tons after Russian troops destroyed silos or occupied sites in the south and east.

World production of wheat, rice and other grains is expected to reach 2.78 billion tons in 2022, down 16 million tons from the previous year — the first decline in four years, the U.N. Food and Agriculture Organization said.

Wheat prices are up 45% in the first three months of the year compared with the previous year, according to the FAO's wheat price index. Vegetable oil has jumped 41%, while sugar, meat, milk and fish prices also have risen by double digits.

The increases are fueling faster inflation worldwide, making groceries more expensive and raising costs for restaurant owners, who have been forced to increase prices.

Some countries are reacting by trying to protect domestic supplies. India has restricted sugar and wheat exports, while Malaysia halted exports of live chickens, alarming Singapore, which gets a third of its poultry from its neighbor.

The International Food Policy Research Institute says if food shortages grow more acute as the war drags on, that could lead to more export restrictions that further push up prices.

Another threat is scarce and costly fertilizer, meaning fields could be less productive as farmers skimp, said Steve Mathews of Gro Intelligence, an agriculture data and analytics company.

There are especially big shortfalls of two of the main chemicals in fertilizer, of which Russia is a big supplier.

“If we continue to have the shortage of potassium and phosphate that we have right now, we will see falling yields," Mathews said. “No question about it in the coming years."