Former Minneapolis police Officer Derek Chauvin pleaded guilty Wednesday to a federal count alleging he willfully deprived George Floyd of his rights during the May 25, 2020, arrest that led to the Black man's death.

He also pleaded guilty to an unrelated but similar count stemming from the use of force against a then-14-year-old boy, who is also Black, in 2017. Here's what the guilty pleas mean for Chauvin, and for the three other officers charged in Floyd's death.

WHAT DOES THE PLEA IN FLOYD'S CASE MEAN?

Essentially, it means Chauvin has acknowledged for the first time that he violated Floyd's rights. Chauvin admitted he knew what he did to Floyd was wrong and that he had a “callous and wanton disregard” for Floyd’s life, the plea agreement said. It also said Chauvin “was aware that Mr. Floyd not only stopped resisting, but also stopped talking, stopped moving, stopped breathing, and lost consciousness and a pulse.”

Floyd's family members said the plea brings a certain accountability, but they also said Chauvin didn't have much of a choice.

“Hearing him accept accountability was nice. But I didn’t feel a thing,” said Brandon Williams, Floyd’s nephew. “That guy’s a monster ... He knew what he was doing. He had nine minutes and 29 seconds to understand what he was doing and stop kneeling. He chose not to.”

No. Once he's sentenced on these federal counts, that will wrap up the criminal cases against him. However, he is in the process of appealing his state convictions.

George Floyd's Nephew Brandon Williams said that "22 and a half years" was not enough after the Derek Chauvin sentencing Friday.

U.S. District Judge Paul Magnuson has ordered a presentence investigation, and must still formally accept the guilty plea. Then Magnuson will sentence Chauvin at a date that's yet to be scheduled.

With the guilty plea, Chauvin avoids the possibility of a life sentence. Instead, the defense and prosecutors have agreed to a sentence ranging from 20 to 25 years, with prosecutors saying they will seek 25. With credit for good time in the federal system, he would serve anywhere from 17 years to 21 years and three months behind bars.

Chauvin is already in state prison, serving a 22 1/2-year sentence on state murder and manslaughter convictions. In the state system, he would've been released on parole after 15 years. So if Magnuson sticks to the range outlined in the agreement, Chauvin will end up spending more time behind bars overall. The plea agreement says it's expected that the federal and state sentences would be served at the same time — not one after the other.

WHERE WILL HE GO?

The agreement says it's expected that Chauvin will serve his time in the federal prison system, and that means he could go anywhere in the U.S. The judge may recommend a location, but that's not binding, said Ted Sampsell-Jones, a professor at Mitchell-Hamline School of Law.

WAS THIS PLEA SMART FOR CHAUVIN?

Experts say yes. With this plea, it's expected that Chauvin won't serve a sentence much longer than he's already serving, said Rachel Moran, a professor at the University of St. Thomas School of Law. Moran said that since Chauvin already has the state conviction and would be looking at a possible life sentence on the federal charge, the plea is “kind of cutting your losses.”

Tom Heffelfinger, a former U.S. attorney for Minnesota, said Chauvin's defense attorney, Eric Nelson, showed good judgment in reaching a plea deal, because the federal case would have been just as strong as the state's. A federal prison is also preferable, Heffelfinger said: “You can assume that a state prison is not a safe or hospitable place for him to do such a long sentence."

He also said the plea deal is good for the Floyd family because it gives them some justice.

In the moments after a Minneapolis jury found former police office Derek Chauvin guilty of murder in the death of George Floyd, emotions were palpable in the city and across the nation. NBCLX storyteller Mackenzie Behm revisits the moments after the verdict.

COULD HE BE FORCED TO TESTIFY?

Chauvin gave up his right against self-incrimination by pleading guilty in the federal case, but he hasn’t done so in the state murder case — and a pending appeal there could provide grounds for him to resist testifying in detail at the federal trial of the other former officers, Moran said.

Heffelfinger said Chauvin also technically hasn't given up his Fifth Amendment right in the federal case either — because Magnuson could still reject the plea. Heffelfinger said it's rare for a judge to do that, but he has seen it happen.

IS THERE POTENTIAL CIVIL LIABILITY?

Yes. While Floyd's family and the city of Minneapolis have already reached a $27 million settlement in Floyd's death, the teen who was injured when Chauvin arrested him in 2017 intends to sue Chauvin, the city, police Chief Medaria Arradondo and possibly others, said Bob Bennett, an attorney for the man, who was 14 at the time.

Bennett said the plea agreement proves the elements of the case involving the teenager beyond a reasonable doubt — and the burden of proving that the boy's civil rights were violated will be lower in a civil case. Bennett said this plea agreement is robust — laying out each element of the crime, and requiring Chauvin to admit to all of it.

“What are they going to say?” Bennett said of the city, noting that Chauvin wasn't disciplined after the 2017 incident and was kept on the street. “He just admitted to a civil rights violation from soup to nuts.”

WHAT ABOUT THE OTHER THREE FORMER COPS?

The other three former officers involved in Floyd's arrest — Thomas Lane, J. Kueng and Tou Thao— face a federal trial alleging they violated Floyd's rights in January, and a state trial in March on charges of aiding and abetting both murder and manslaughter.

There's nothing in the public record that suggests Chauvin's guilty plea will delay their trials.

The three men had wanted their federal trial to be separated from Chauvin's — which happened with Chauvin's plea.

“They just don’t want the shadow of Derek Chauvin's guilt looming over them,” Moran said. “It still will in a way, but not having him there … might be helpful to the other three.” 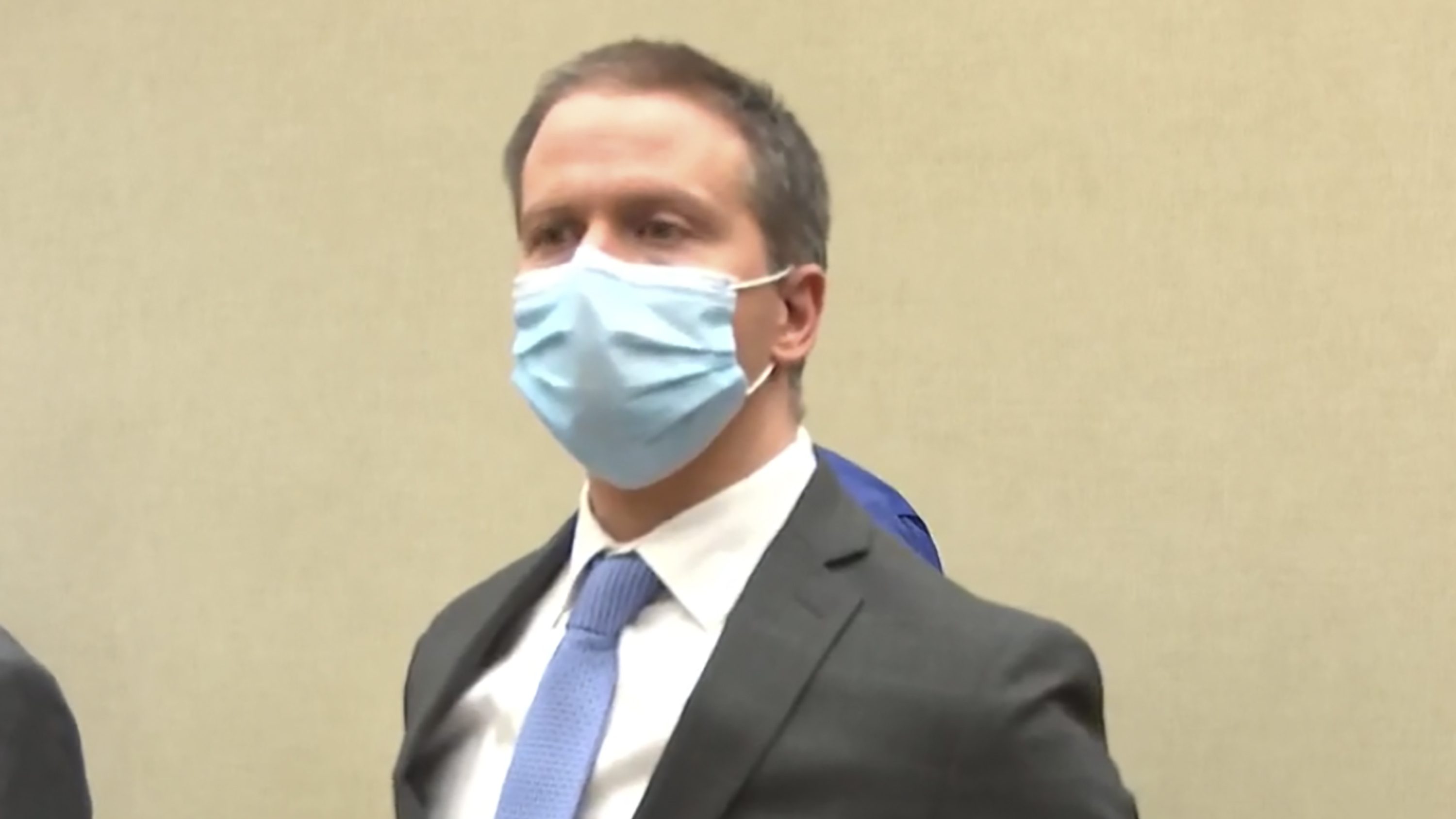