With no evidence, President Donald Trump promoted a conspiracy theory that Martin Gugino, the 75-year-old man who was hospitalized after being pushed by police during a June 4 protest in Buffalo, New York, was an "ANTIFA provocateur" who was trying to "black out" police equipment.

While Gugino’s own Twitter account and his history as an activist suggest that he subscribes to far-left views, the primary support for Trump’s claims appears to be the dubious website where they originated. Trump referenced a segment from the One America News Network, which cited a website called The Conservative Treehouse as the source for similar claims about Gugino. That site has published several bogus claims that we’ve debunked over the years.

Despite the sketchy origin of the claims, Trump tweeted on June 9: "Buffalo protester shoved by Police could be an ANTIFA provocateur. 75 year old Martin Gugino was pushed away after appearing to scan police communications in order to black out the equipment. @OANN I watched, he fell harder than was pushed. Was aiming scanner. Could be a set up?"

We’ll address the two major claims in that tweet:

On the first claim, Gugino has made comments critical of police on Twitter, and he has reportedly retweeted a comment that said: "US police forces are the terrorist organization, not Antifa."

Gugino also has noted on his blog that he has "four arrests, no convictions," which The Conservative Treehouse characterized as bragging "about the number of times he can get arrested and escape prosecution."

But that doesn’t make him an "ANTIFA provocateur."

As we explained in a recent story about the president’s pledge to designate antifa a terrorist organization, antifa isn’t actually an organization at all. It’s an umbrella term for far-left anti-fascists.

"Nobody is a member of antifa," said Leslie James Pickering in an interview with FactCheck.org. Pickering is one of the owners of Burning Books, a leftist bookstore in Buffalo, and said that he knows Gugino, a frequent patron of the store who has attended some anti-fascist events there as well as many other events aimed at feminism, animal rights and anti-war issues.

He described Gugino as a subdued protester who sometimes takes photos or videos.

Pickering described Gugino as a "75-year-old suburban" man who "does not get involved in fist fights at protests."

Another friend of Gugino dismissed the idea that he could be called a "provocateur," telling the Religion News Service that the idea is "ludicrous."

Tom Casey, a local Buffalo coordinator for the Catholic peace movement Pax Christi, said that Gugino was opinionated, but always respectful, according to RNS.

The entire Emergency Response Team in Buffalo, N.Y., resigned in protest after New York Gov. Andrew Cuomo condemned Buffalo police for pushing and injuring an elderly protester, saying, “It's just fundamentally offensive and frightening.” The protester, 75-year-old Martin Gugino, was taken to the hospital on Thursday evening after sustaining a head wound and possible concussion.

"I have never heard him use a vile or angry word against anybody and I spent a lot of time talking to him," Casey said.

In a statement to the Buffalo News, Gugino’s lawyer, Kelly Zarcone, called Trump’s tweet "dark, dangerous and untrue." She also told FactCheck.org by email, "Mr. Gugino denies those accusations. They are not factual and no one in law enforcement has even suggested such a thing."

A video of Gugino’s confrontation with police shows him approaching police who are in riot gear. Though there is no audio of his exchange with the police officers, Gugino has something in his right hand that he gestures with or waves in the direction of a police officer’s midsection. That’s the behavior that Trump speculates could have been Gugino trying to "black out" police communication equipment.

Both The Conservative Treehouse and OANN claimed that Gugino was using antifa-like tactics, with the former speculating that Gugino was employing "a method of police tracking used by Antifa to monitor the location of police."

But Adam Scott Wandt, an assistant professor of public policy at John Jay College of Criminal Justice, where he is a researcher at the Center for Cybercrime Studies, said he has viewed the video more than a dozen times and, "Everything I’m seeing tells me that was not an attempt to block police communication."

It is certainly possible to jam police communication frequencies "using a radio transceiver set up to do so," Wandt told us in a phone interview. And there are hand-held radio frequency jammers that are readily available for purchase by the general public. But the device held by Gugino "looks nothing like a hand-held frequency scanner," which usually would have one or two antenna, he said.

Wandt said the object in Gugino’s hand appears to have a glass or shiny surface.

"It looks like a cell phone," Wandt said. "It doesn’t look like a device that could jam a radio frequency."

With nationwide protests for racial justice still reverberating, signs of action are emerging across the country.

Zarcone, Gugino’s lawyer, confirmed to us that it was a cell phone. "I have seen his phone in the hospital – it is nothing particularly impressive," she said.

It is possible to convert an Android phone into a radio frequency scanner, Wandt said, though it is a "highly technical endeavor."

While the device in Gugino’s hand looks nothing like a radio frequency jammer, Wandt said, even if it were, "there is no reason he would need to be next to or up close to the officer" to operate one.

Wandt noted that while it is not a crime to own a radio frequency jammer, it is a crime to use one. Wandt said he would expect that if Gugino had been attempting to "black out" police communication, as the president put it, we would likely have heard about such equipment having been confiscated at the scene or Gugino being charged with crimes related to using such a device. There have been no reports of that.

A person could jam the frequency and be standing 100 feet away, he said. And a person attempting to do that without being caught would not want to be in such close proximity to the officers, he said. 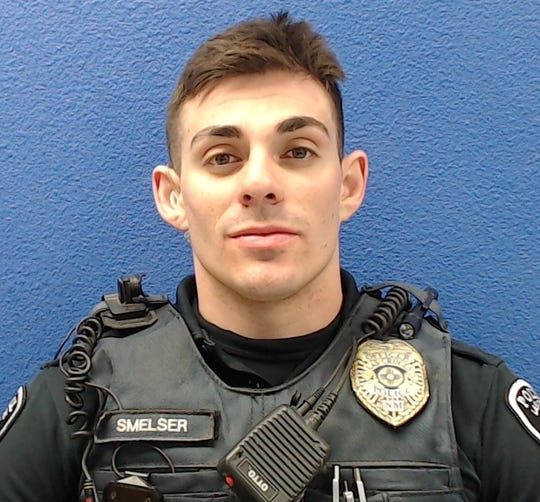 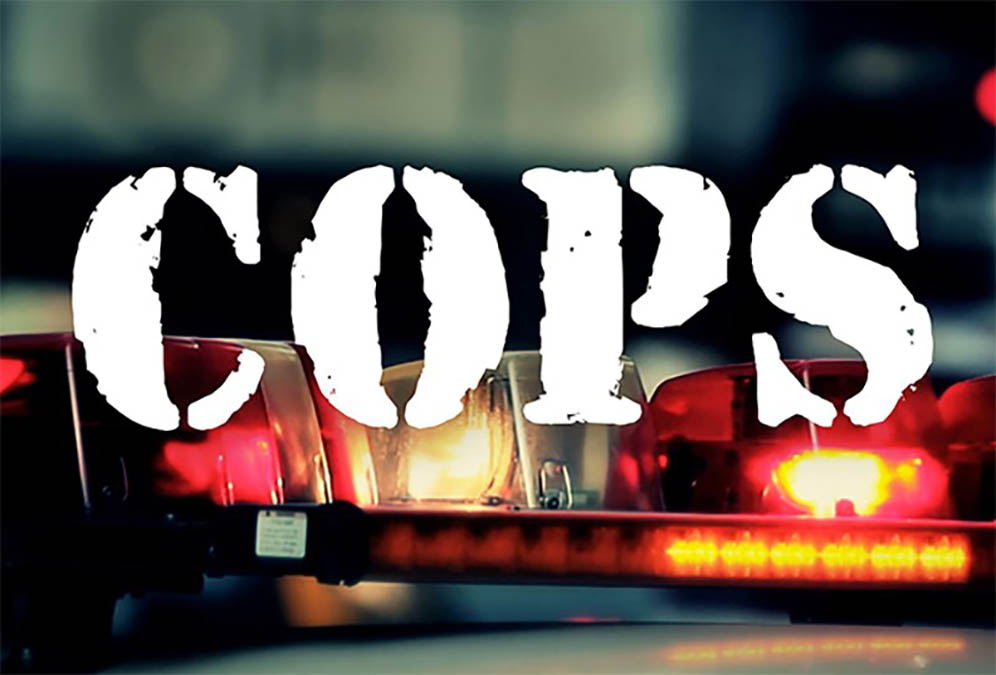 ‘Cops,' on Air for 33 Seasons, Dropped by Paramount Network

“If there’s one thing he was not doing, it was that,” Wandt said.

“The evidence I’ve seen, there isn’t much to this theory,” he said.