A sheriff says there are no lingering air quality risks a day after two massive explosions rocked a Texas chemical plant, but mandatory evacuations remain

More than 50,000 people in East Texas remained under a mandatory evacuation order Thursday as a fire continued to burn at a chemical plant, one day after two massive explosions there.

The Wednesday blasts, 13 hours apart, blew out windows and doors of nearby homes and prompted a mandatory evacuation of a 4-mile radius from the plant in Port Neches in Southeast Texas, about 80 miles east of Houston. 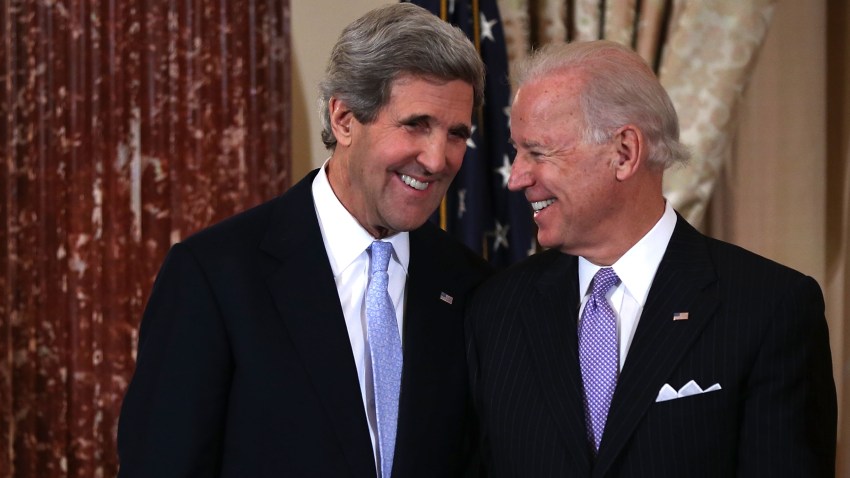 Government officials and TPC Group, the company that owns the plant, released a joint statement Thursday. It said air quality results from 20 monitoring stations around Port Neches "continue to show no actionable levels" above state and federal standards.

The initial explosion at the TPC Group plant, which makes chemical and petroleum-based products, occurred around 1 a.m. It sent a large plume of smoke stretching for miles and started a fire.

The second blast ripped through the plant about 2 p.m., sending a steel reactor tower rocketing high into the air. That prompted Jefferson County Judge Jeff Branick, the top county official, to order a mandatory evacuation of Port Neches and neighboring Groves, Nederland and part of Port Arthur. Water cannons were trained on surrounding plant works and tanks to keep them cool and avoid further explosions.

At a Wednesday night news conference, Branick said a loss of power at the plant prevented any investigation into the cause of the explosions or how much damage was done to the facility. Likewise, he said there was no estimate yet on the extent of damage to surrounding neighborhoods.

Monk said TPC would form an investigation team to determine what led to the explosions.

"We're staying focused on the safety of our emergency response personnel folks in and around in the community as well as trying to protect the environment," Monk said at a news conference.

Firefighters have not been able to fully assess the damage at the plant, he said.

Branick, who lives near the plant, said at the news conference that he was awakened at his home by the initial blast, which blew in his front and back doors, "damaging them pretty significantly."

The three workers hurt during the blast --two TPC employees and a contractor -- were treated at hospitals and released, said Troy Monk, TPC's director of health, safety and security. The about 30 employees working at the plant at the time of the explosion were accounted for, according to TPC.

Monk said the blast occurred in an area of the plant that makes butadiene, a chemical used to make synthetic rubber and other products. He said the plant has 175 full-time employees and 50 contract workers.

Jefferson County Judge Jeff Branick, the top county official, told Beaumont TV station KFDM that it's a miracle no one died. He said one worker suffered burns and the others had a broken wrist and a broken leg.

Texas has seen multiple petrochemical industry blazes this year, including a March fire that burned for days near Houston and another that killed a worker at a plant in nearby Crosby.

In the March fire, prosecutors filed five water pollution charges against the company that owns the petrochemical storage facility after chemicals flowed into a nearby waterway.