The United Arab Emirates on Wednesday confirmed the first cases in the Mideast of the new Chinese virus that causes flu-like symptoms, saying doctors now were treating four members of a Chinese family that had just come from a city at the epicenter of the outbreak.

The UAE’s state-run WAM news agency made the announcements citing the Health and Prevention Ministry, but offered no details on where they were receiving treatment, nor when they arrived.

The UAE, a federation of seven sheikhdoms on the Arabian Peninsula that includes Dubai and Abu Dhabi, is home to long-haul carriers Emirates and Etihad Airways and is a hub for global air travel. Authorities at Abu Dhabi's airport and Dubai International Airport, the world's busiest for international travel, continue to screen passengers and crew from incoming China flights.

It wasn't immediately clear how the family left Wuhan and made it all the way to the UAE. China shut down Wuhan's airport and other transportation in the city last Thursday to stop the spread of the virus. The lockdown has since expanded to include 17 cities with more than 50 million people in all.

Authorities initially did not offer the number or identify the family's nationality and UAE officials did not respond to requests for comment.

Emirati officials are taking "all the necessary precautions in accordance with the scientific recommendations, conditions and standards approved by the World Health Organization," the ministry said. “The general health condition is not a cause for concern."

State-run and government-supporting media in the UAE carefully announced the news Wednesday, stressing that authorities said they had the situation under control. At Arab Health, a major trade show happening this week in Dubai, a few Emiratis and others attending wore surgical masks while walking among the crowds.

Emirates said it continued its flights to Beijing, Guangzhou, and Shanghai, as well as Hong Kong.

"We are providing masks and hand sanitizers to all crew on our flights to China," the company said in a statement. "Our crew who serve passengers with any symptoms have been advised to wear masks onboard."

The new type of coronavirus first appeared in the central Chinese city of Wuhan in December. It causes flu-like symptoms, such as cough and fever and in severe cases pneumonia, are similar to many other illnesses. It's from the coronavirus family, which includes those that can cause the common cold as well as more serious illnesses such as SARS and MERS.

The viral outbreak that began in China has infected more than 6,000 people in the mainland and more than a dozen other countries. China's death toll has passed 130. 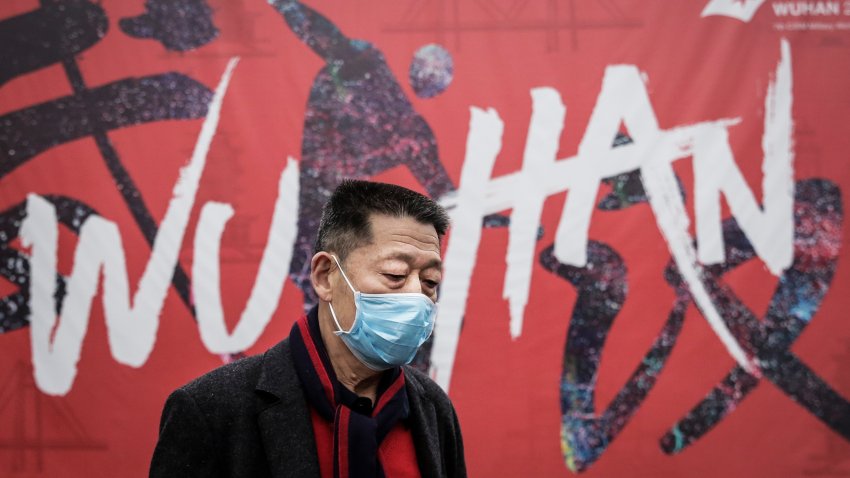 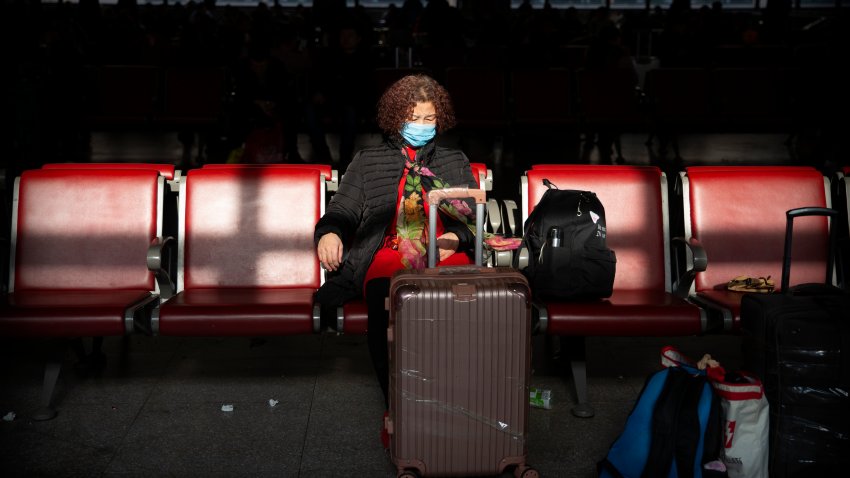 US Beefs Up Screening of Travelers for New Virus From China

Several countries have confirmed cases of the virus, with most of them being Chinese visitors, people who visited Wuhan or family members in close contact with the sick.

The source of the virus and the full extent of its spread are still unknown. However, the World Health Organization said most cases reported to date "have been milder, with around 20% of those infected experiencing severe illness."

Facing lower oil prices and a slumping housing market, the UAE has been aggressively pursuing more Chinese tourists to this country home to the world's tallest building. Chinese visitors to the country can get visas on arrival to the UAE. Malls in Dubai now have Chinese on their signs alongside Arabic and English, with tour groups tramping through and high-end shoppers targeting luxury stores.