First Lady Holds Virtual Reception for Guests Not at Speech

Jill Biden held a virtual reception Wednesday for guests who ordinarily would have joined the first lady in her box to watch President Joe Biden's prime-time address to Congress.

Guests are barred from the House chamber this year due to COVID-19.

So the first lady used technology to help amplify policies Biden will discuss during his first address to a joint session of Congress. It's become tradition for presidents to look up at the first lady's box in the House chamber and give shout-outs to special guests seated with her.

But since that won't happen this year, Jill Biden opted for a virtual reception with five guests who personify speech themes — and she opened the event to the public.

She said the president wakes up every morning “with a sense of urgency” because people like her guests are “counting on him for real solutions.” 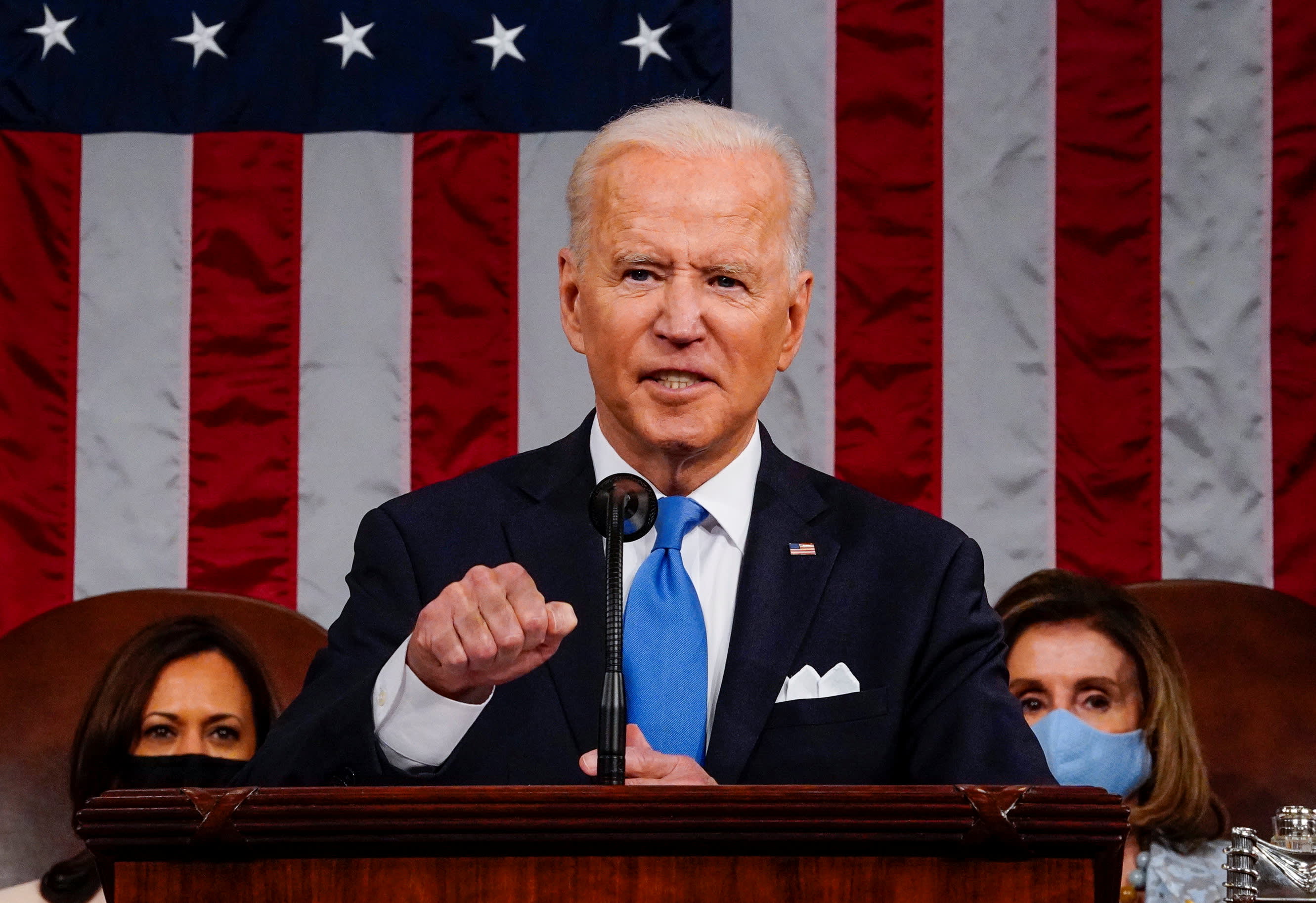 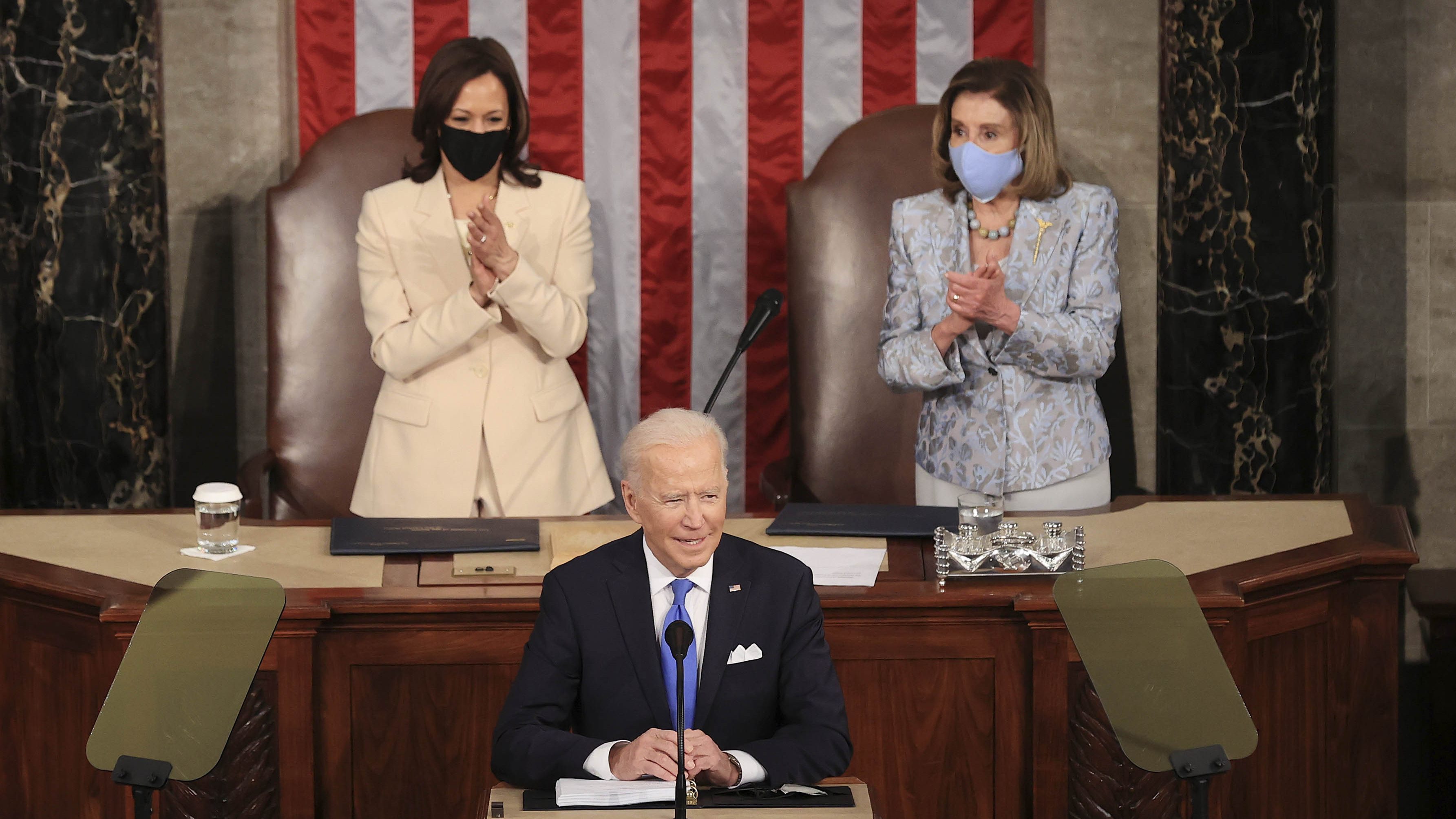 “Every day when he heads down to the Oval Office or a meeting with his advisers, he takes you with him,” she said. “Everything he does is for you.”

Castro, a registered nurse, participates in the Deferred Action for Childhood Arrivals program, which was created to shield immigrants like him from being deported. He said he was brought over from Mexico at age 3 and is doing his part by treating COVID-19 patients at a hospital in Houston.

“I grew up here. This is home,” Castro said. “I hope I can continue being in this country as a productive member of society because there's still a lot of work to do during this pandemic.”

President Biden has promised to protect hundreds of thousands of people like Castro, often described as “Dreamers,” who have lived nearly their entire lives in the U.S. but remain undocumented, by reinstating DACA, the Obama-era policy shielding them from deportation.

Homeland Security Secretary Alejandro Mayorkas said in March his agency was issuing a rule to “preserve and fortify DACA,” but the policy faces a Texas court challenge that could invalidate its protections.

Washington spoke to the first lady about losing an aunt in a murder-suicide committed by her uncle, a Milwaukee police officer. The 20-year-old said she was grateful that the administration has been listening to gun violence prevention advocates like herself.

“It's time for us to address the root causes of violence because enough is enough,” Washington said.

President Joe Biden called on Congress to come together to enact police reform, referring to the George Floyd Justice in Policing Act that recently passed the U.S. House. “We need to work together to find a consensus, but let’s get it done next month, by the first anniversary of George Floyd’s death,” Biden said.

The first lady agreed. “We should have no gun violence in this country,” she replied. Jill Biden said the president has worked for years on gun violence issues and that “change is coming.”

Rutyna addressed the difficulties Native Americans have had attending virtual meetings, school and doctor's appointments during the pandemic because of slow internet on tribal lands.

Jill Biden told Rutyna about her visit last week to the Navajo Nation, where she heard similar complaints from students about the lack of high-speed internet.

“I saw it first-hand last week and you're absolutely right," she said. “This administration is just committed to getting broadband across this nation.”

Vice President Kamala Harris and Speaker of the House Nancy Pelosi made history Wednesday when they were seated behind President Joe Biden’s first address to a joint session of Congress. It’s the first time two women sit behind a U.S. president during an address to Congress. “It’s about time,” Biden said.
Copyright AP - Associated Press