The goal is to pass a coronavirus relief package by March, when extra unemployment assistance and other pandemic aid expires

A group of 10 Republican senators will meet with President Joe Biden at the White House on Monday to discuss a coronavirus relief package, the group said in a joint statement issued late Sunday night.

“We appreciate the President’s quick response to our letter, and we are pleased to accept his invitation to the White House tomorrow afternoon to discuss the path forward for the sixth bipartisan COVID-19 relief package," the statement said.

The 10 Republican senators have proposed spending about one-third of the $1.9 trillion Biden is seeking in coronavirus aid, though congressional Democrats are poised to move ahead without Republican support.

Sunday's invitation to the White House came hours after the lawmakers sent Biden a letter urging him to negotiate rather than try to ram through his relief package solely on Democratic votes. The House and Senate are on track to vote as soon as this week on a budget resolution, which would lay the groundwork for passing an aid package under rules requiring only a simple majority vote in the closely divided Senate.

President Joe Biden is making passage of a new $1.9 trillion COVID-19 relief bill his top priority, with Democrats wanting to vote next week, with or without Republican support. Republicans say the plan costs too much, and want to break it into smaller bills.

The goal is for passage by March, when extra unemployment assistance and other pandemic aid expires. The meeting offered by Biden would amount to the most public involvement for the president in the negotiations for the next round of virus relief. Democratic and Republican lawmakers are far apart in their proposals for assistance.

White House press secretary Jen Psaki said Sunday that Biden had spoken with the leader of the group, Sen. Susan Collins, R-Maine. Though Biden is wanting “a full exchange of views," Psaki reiterated that he remains in favor of moving forward with a far-reaching relief package. A meeting could come in a matter of days.

“With the virus posing a grave threat to the country, and economic conditions grim for so many, the need for action is urgent, and the scale of what must be done is large," Psaki said.

In challenging Biden to fulfill his pledge of unity, the group said in its letter that its counterproposal will include $160 billion for vaccines, testing, treatment and personal protective equipment and call for more targeted relief than Biden’s plan to issue $1,400 stimulus checks for most Americans.

White House press secretary Jen Psaki defended President Joe Biden for issuing over two dozen executive orders since being sworn in as president, saying, “[Biden ran] on a commitment to take steps immediately to address the pain and suffering the American people were feeling.”

Winning the support of 10 Republicans would be significant for Biden in the 50-50 Senate where Vice President Kamala Harris is the tie-breaker. If all Democrats were to back an eventual compromise bill, the legislation would reach the 60-vote threshold necessary to overcome potential blocking efforts and pass under regular Senate procedures.

“In the spirit of bipartisanship and unity, we have developed a COVID-19 relief framework that builds on prior COVID assistance laws, all of which passed with bipartisan support,” the Republican senators wrote. “Our proposal reflects many of your stated priorities, and with your support, we believe that this plan could be approved quickly by Congress with bipartisan support.”

The plea for Biden to give bipartisan negotiations more time comes as the presidenthas shown signs of impatienceas the more liberal wing of his party considers passing the relief package through a process known as budget reconciliation. That would allow the bill to advance with only the backing of his Democratic majority.

The Republicans did not provide many details of their proposal. One of the signatories, Louisiana Sen. Bill Cassidy, said that it would cost about $600 billion. 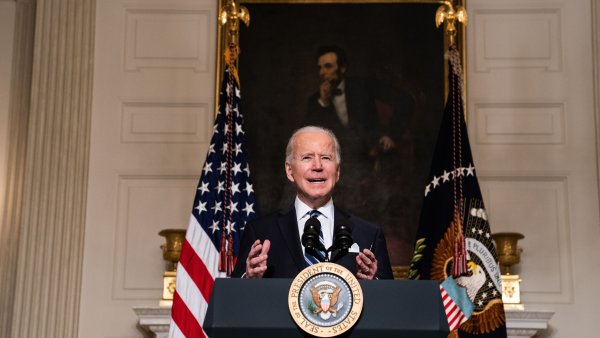 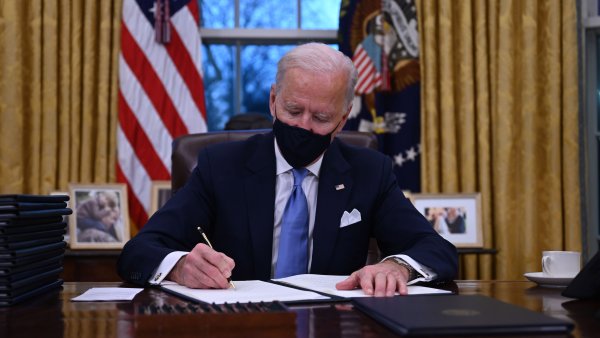 “If you can't find bipartisan compromise on COVID-19, I don't know where you can find it,” said Ohio Sen. Rob Portman, who also signed the letter.

But even as Biden extended the invitation to the Republican lawmakers, Psaki said that $1,400 relief checks, substantial funding for reopening schools, aid to small businesses and hurting families, and more “is badly needed."

“As leading economists have said, the danger now is not in doing too much: it is in doing too little," Psaki said. “Americans of both parties are looking to their leaders to meet the moment.”

Biden also spoke on Sunday with House Speaker Nancy Pelosi and Senate Majority Leader Chuck Schumer, who are facing a growing push from the more liberal Democratic members to move forward with Biden's legislation with or without Republican support.

The other GOP senators invited to meet with Biden are Lisa Murkowski of Alaska, Mitt Romney of Utah, Shelley Moore Capito of West Virginia, Todd Young of Indiana, Jerry Moran of Kansas, Mike Rounds of South Dakota, and Thom Tillis of North Carolina.

Brian Deese, the top White House economic adviser who is leading the administration’s outreach to Congress, said earlier Sunday that administration officials were reviewing the letter. He did not immediately commit to a Biden meeting with the lawmakers.

But Cedric Richmond, a senior Biden adviser, said the president “is very willing to meet with anyone to advance the agenda." When asked about the senators' plan, Richmond said, “This is about seriousness of purpose.”

Deese indicated the White House could be open to negotiating on further limiting who would receive stimulus checks. Portman suggested the checks should go to individuals who make no more than $50,000 per year and families capped at $100,000 per year.

Under the Biden plan, families with incomes up to $300,000 could receive some stimulus money.

NIAID Director Dr. Anthony Fauci describes how large outbreaks of COVID-19 in a city can lead to new variations.

“That is certainly a place that we’re willing to sit down and think about, are there ways to make the entire package more effective?” Deese said.

As a candidate, Biden predicted his decades in the Senate and his eight years as Barack Obama's vice president gave him credibility as a deal-maker and would help him bring Republicans and Democrats to consensus on the most important matters facing the country.

But less than two weeks into his presidency, Biden showed frustration with the pace of negotiations at a time when the economy exhibited further evidence of wear from the pandemic. Last week, 847,000 Americans applied for unemployment benefits, a sign that layoffs remain high as the coronavirus pandemic continues to rage.

“I support passing COVID relief with support from Republicans if we can get it. But the COVID relief has to pass — no ifs, ands or buts,” Biden said on Friday.

NIAID Director, Dr. Anthony Fauci explains why the results of a study into the efficacy of the Johnson & Johnson COVID-19 vaccine are encouraging even when comparing them to Pfizer and Moderna's vaccines which had a higher efficacy rate.

In the letter, the Republican lawmakers reminded Biden that in his inaugural address, he proclaimed that the challenges facing the nation require "the most elusive of things in a democracy: Unity.”

“You want the patina of bipartisanship ... so that’s not unity," Cassidy said.

Jared Bernstein, a member of the White House Council of Economic Advisers, said Biden remains willing to negotiate but that officials needed to see more details from Republicans. At the same time, Bernstein pressed the administration's argument that doing too little to stimulate the economy could have enormous impact on the economy in the near- and long-term.

Portman and Deese were on CNN’s “State of the Union,” and Deese also was interviewed on NBC's “Meet the Press.” Cassidy and Bernstein appeared on ”Fox News Sunday" and Richmond was on CBS' “Face the Nation."