In their filing, prosecutors said Cohen was returned to prison “because he was antagonistic" with probation officers

President Donald Trump’s former personal lawyer was returned to prison because he refused to sign an agreement over terms of his home confinement, not because he planned to publish a book critical of Trump, prosecutors said Wednesday.

The written arguments came in advance of a court hearing Thursday before a judge who will decide whether Michael Cohen’s constitutional rights were violated when he was returned to prison July 9.

Cohen, 53, sued federal prison officials including Attorney General William Barr on Monday, saying he was returned to an Otisville, New York, prison to stop him from publishing a tell-all book about his experiences with Trump.

Cohen had been furloughed in May along with other prisoners as authorities tried to slow the spread of the coronavirus in federal prisons.

He was one year into a three-year prison sentence after pleading guilty to campaign finance charges and lying to Congress, among other crimes.

Michael Cohen, the former personal attorney and ‘fixer’ for President Donald Trump, was released two years early from prison over coronavirus concerns. He will serve the remainder of his three-year sentence at home.

In their filing, prosecutors said Cohen was returned to prison “because he was antagonistic" with probation officers and refused to sign a home confinement agreement.

They said Cohen “took issue with nearly every provision in the agreement relating to the terms and conditions of his home confinement."

Cohen expressed concerns about his book and objected to a requirement that any employment be approved in advance by the Bureau of Prisons and the Probation Office, prosecutors said.

They also said he objected to a requirement that he not contact convicted felons and that he refrain from grocery shopping and to other language that he found confusing. They said his attorney also objected to Cohen being placed on electronic monitoring. 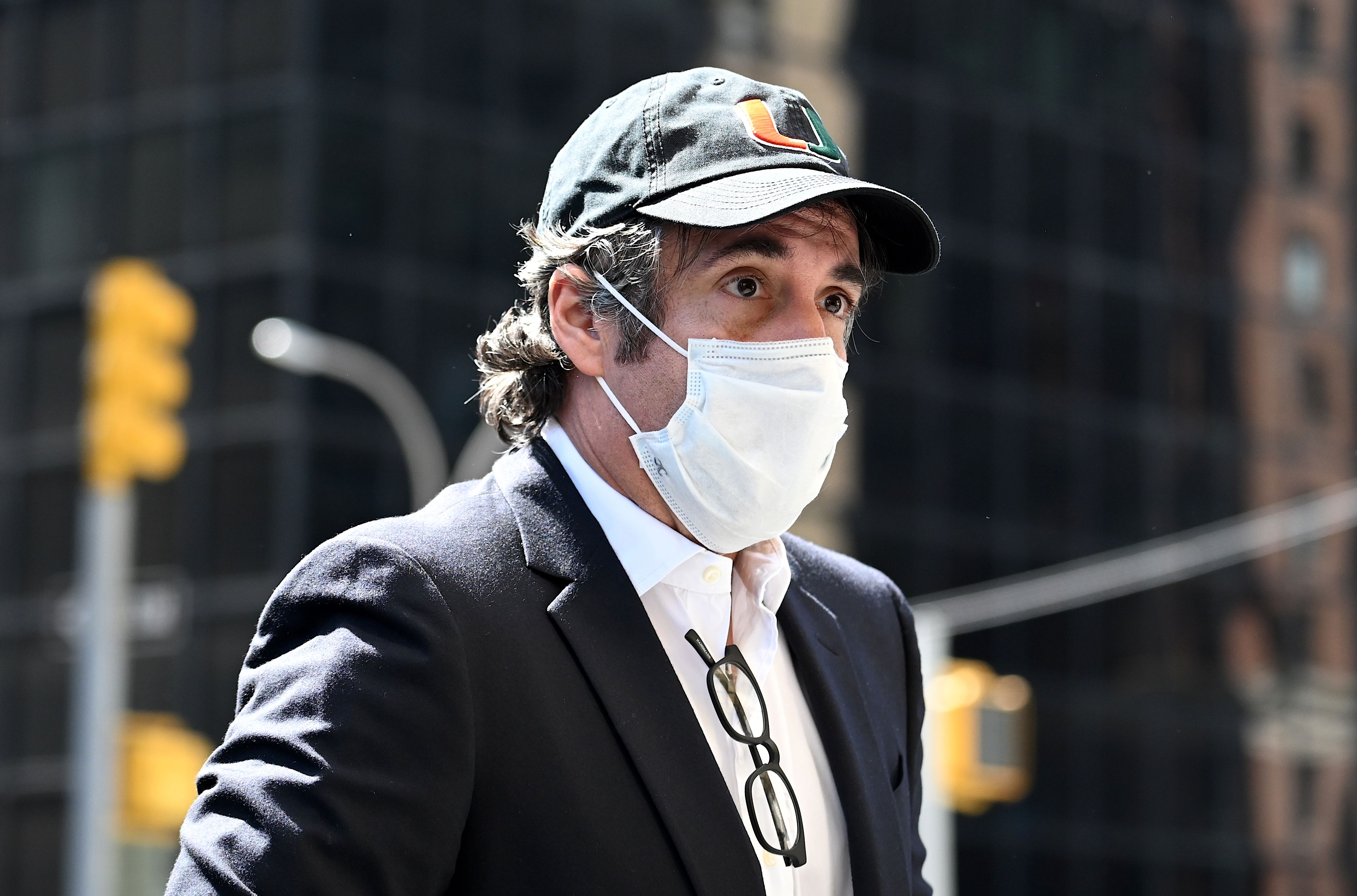 Prosecutors said the home confinement agreement was not created by anyone at the Bureau of Prisons or in the executive branch, “let alone a high-level official with any motive to prevent the release of Petitioner’s book."

Instead, they said, it was drafted by a probation officer who did not know Cohen was writing a book.

“Cohen was combative," U.S. Probation Officer Specialist Adam Pakula wrote in a separate court filing. “Cohen stated on at least one occasion that he would not sign the agreement."

Pakula said Cohen objected to a provision related to his contact with the media.

“Cohen stated, in substance, that he was writing a book and that he was going to do that ‘no matter what happens.' Cohen asked that the undersigned say hello to ‘Mr. Barr,' which I understood to be a reference to the Attorney General," Pakula said.

In his lawsuit, Cohen said he was returned from prison after he made public statements about plans to release a book prior to Election Day in November. In a June 26 tweet, he said: “#WillSpeakSoon."

Former Donald Trump fixer and lawyer Michael Cohen arrived at the Federal Correctional Institution in Otisville, New York, to serve his three-year prison sentence—but not before taking a few slaps at Trump and his administration.

The lawsuit said the book would address “Trump’s personality and proclivities, his private and professional affairs, and his personal and business ethics.”

The lawsuit said the government's demand that Cohen agree not to speak to or through any media, including by publishing a book, violated his First Amendment rights.

Since his confinement, Cohen's health has suffered, with his blood pressure spiking to critical levels, “leading to severe headaches, shortness of breath and anxiety,” the lawsuit said.