Ice on the Edge of Survival: Global Warming Is Changing the Arctic

According to scientists, the Arctic is warming three times faster than the rest of the planet

While conducting research in Greenland, ice scientist Twila Moon was struck this summer by what climate change has doomed Earth to lose and what could still be saved.

The Arctic is warming three times faster than the rest of the planet and is on such a knife’s edge of survival that the U.N. climate negotiations underway in Scotland this week could make the difference between ice and water at the top of the world in the same way that a couple of tenths of a degree matter around the freezing mark, scientists say.

Arctic ice sheets and glaciers are shrinking, with some glaciers already gone. Permafrost, the icy soil that traps the potent greenhouse gas methane, is thawing. Wildfires have broken out in the Arctic. Siberia even hit 100 degrees Fahrenheit (38 degrees Celsius). Even a region called the Last Ice Areashowed unexpected melting this year.

In the next couple of decades, the Arctic is likely to see summers with no sea ice.

As she returns regularly to Greenland, Moon, a researcher with the U.S. National Snow and Ice Data Center, said she finds herself “mourning and grieving for the things we have lost already" because of past carbon dioxide emissions that trap heat.

But the decisions we make now about how much more carbon pollution Earth emits will mean “an incredibly large difference between how much ice we keep and how much we lose and how quickly," she said.

"There's a little bit of opportunity left, but we're kind of wasting that window of opportunity," NBCLX Climate Storyteller Chase Cain says of the plans to curb emissions in the fight against climate change. World leaders are discussing emissions plans and much more in the next several days as extreme weather wallops several regions of the U.S.

The fate of the Arctic looms large during the climate talks in Glasgow — the farthest north the negotiations have taken place — because what happens in the Arctic doesn't stay in the Arctic. Scientists believe the warming there is already contributing to weather calamities elsewhere around the world.

“If we end up in a seasonally sea ice-free Arctic in the summertime, that’s something human civilization has never known,” said former NASA chief scientist Waleed Abdalati, who runs the University of Colorado’s environment program. “That’s like taking a sledgehammer to the climate system."

What's happening in the Arctic is a runaway effect.

When covered with snow and ice, the Arctic reflects sunlight and heat. But that blanket is dwindling. And as more sea ice melts in the summer, “you’re revealing really dark ocean surfaces, just like a black T-shirt,” Moon said. Like dark clothing, the open patches of sea soak up heat from the sun more readily. 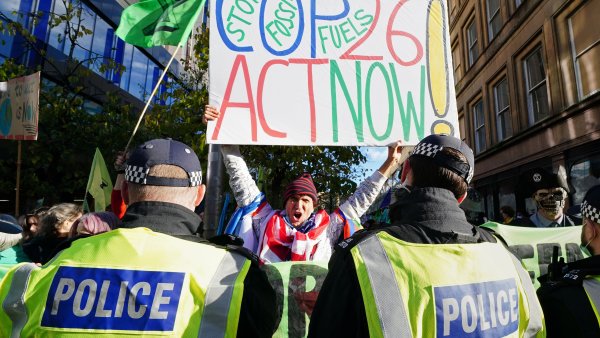 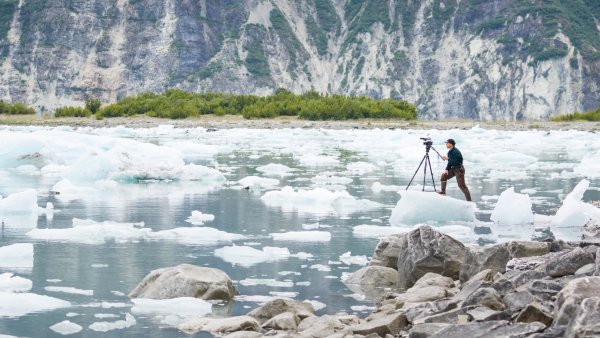 Between 1971 and 2019, the surface of the Arctic warmed three times faster than the rest of the world, according to the Arctic Monitoring and Assessment Program.

The difference between what happens at 1.5 degrees and 2 degrees can hit the Arctic harder than the rest of the world, University of Alaska Fairbanks climate scientist John Walsh, a member of the Arctic monitoring team. “We can save the Arctic, or at least preserve it in many ways, but we’re going to lose that if we go above 1.5.”

For John Waghiyi Jr., the Arctic is not a number or an abstraction. It’s been home for 67 years, and he and other native Bering Sea elders have watched the Arctic change because of warming. The sea ice, which allows humans and polar bears to hunt, is shrinking in the summer.

“The ice is very dangerous nowadays. It’s very unpredictable," said Waghiyi of Savoonga, Alaska. “The ice pack affects us all, spiritually, culturally and physically, as we need to have it in order to keep harvesting.”

The ice is “at the core of our identity,” said Dalee Sambo Dorough, international chair of the Inuit Circumpolar Council, representing 165,000 people in several nations.

This isn’t just a problem for people living in the Arctic. It spells trouble for regions much farther south.

In the first part of NBCLX Storyteller Chase Cain's climate change survival guide, he explains the basics of why the planet is warming and what needs to change to protect its future. Scientists agree that the safe limit of warming is only 2.7 degrees Fahrenheit, and we've already hit 2.2 degrees. What's more, we're headed toward warming of 5 degrees, and the results could be "apocalyptic," Cain says.

An increasingly large number of studies link Arctic changes to alterations of the jet stream — the river of air that moves weather from west to east — and other weather systems. And those changes, scientists say, can contribute to more extreme weather events, such as floods, drought, the February Texas freeze,or more severe wildfires.

Also, the melting of ice sheets and glaciers can add considerably to rising sea levels.

“The fate of places like Miami are tied very closely to the fate of the Greenland,” said David Balton, director of the U.S. Arctic Executive Steering Committee, which coordinates U.S. domestic regulations involving the Arcticand deals with other northern nations. “If you live in Topeka, Kansas, or if you live in California. If you live in Nigeria, your life is going to be affected. ... The Arctic matters on all sorts of levels.”

Read stories on climate issues by The Associated Press at https://apnews.com/hub/climate.