Here's a look at the impact Roe v. Wade had on states, what restrictions have been introduced since and where abortion laws stand in each state

In 1973, the U.S. Supreme Court struck down a Texas law banning abortion and effectively legalized the procedure nationwide in a ruling known as Roe v. Wade.

In the decades since that landmark decision, the anti-abortion movement has sought to overturn Roe and return the ability to restrict, if not ban, abortion to the states. In the meantime, activists regained some lost ground, helping state legislatures pass 1,336 abortion restrictions in the 49 years since Roe, with 44% of those occurring in the last decade alone, according to the Guttmacher Institute, a think tank that supports abortion rights.

Following the recent addition of three conservative justices appointed by former President Donald Trump, which gave the Supreme Court a 6-3 conservative majority, many Republican-led states began passing even more restrictive abortion laws in order to spark lawsuits that would get their cases in front of the high court to challenge Roe.

One of those cases, a recent challenge to Mississippi’s 15-week ban on abortions, appears poised to succeed. A leaked draft of the high court's majority opinion suggests enough justices voted to overturn the Roe v. Wade.

A final decision isn't expected until later this summer and it's important to note that it could change before the nine-member court hands it down. But should the ruling stand, the country will be divided into states that allow the procedure and those that greatly restrict or ban it altogether.

Meanwhile, polling shows a majority of the public favors abortion being legal in most or all cases. 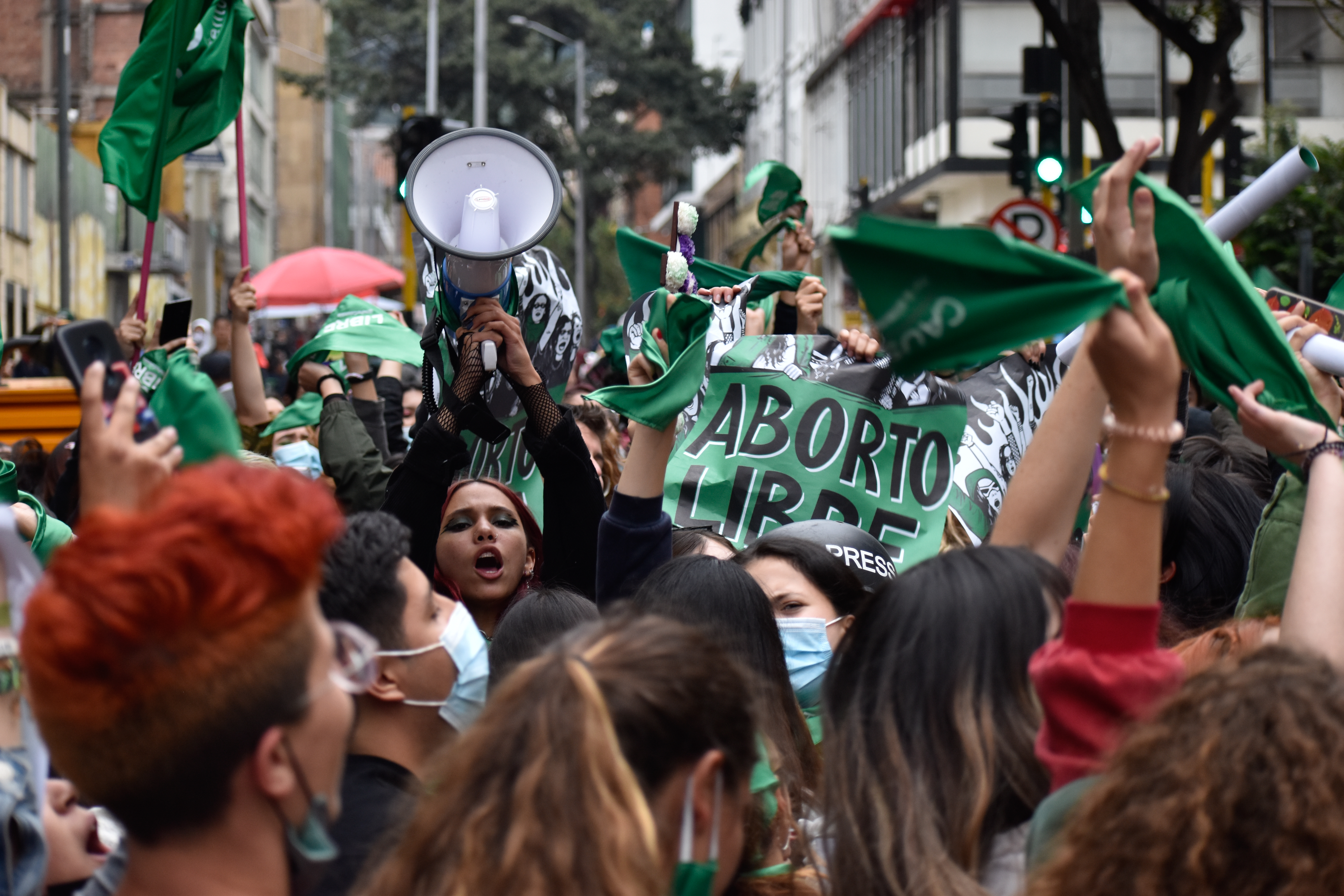 While US Is Poised to Restrict Abortion, Other Nations Ease Access 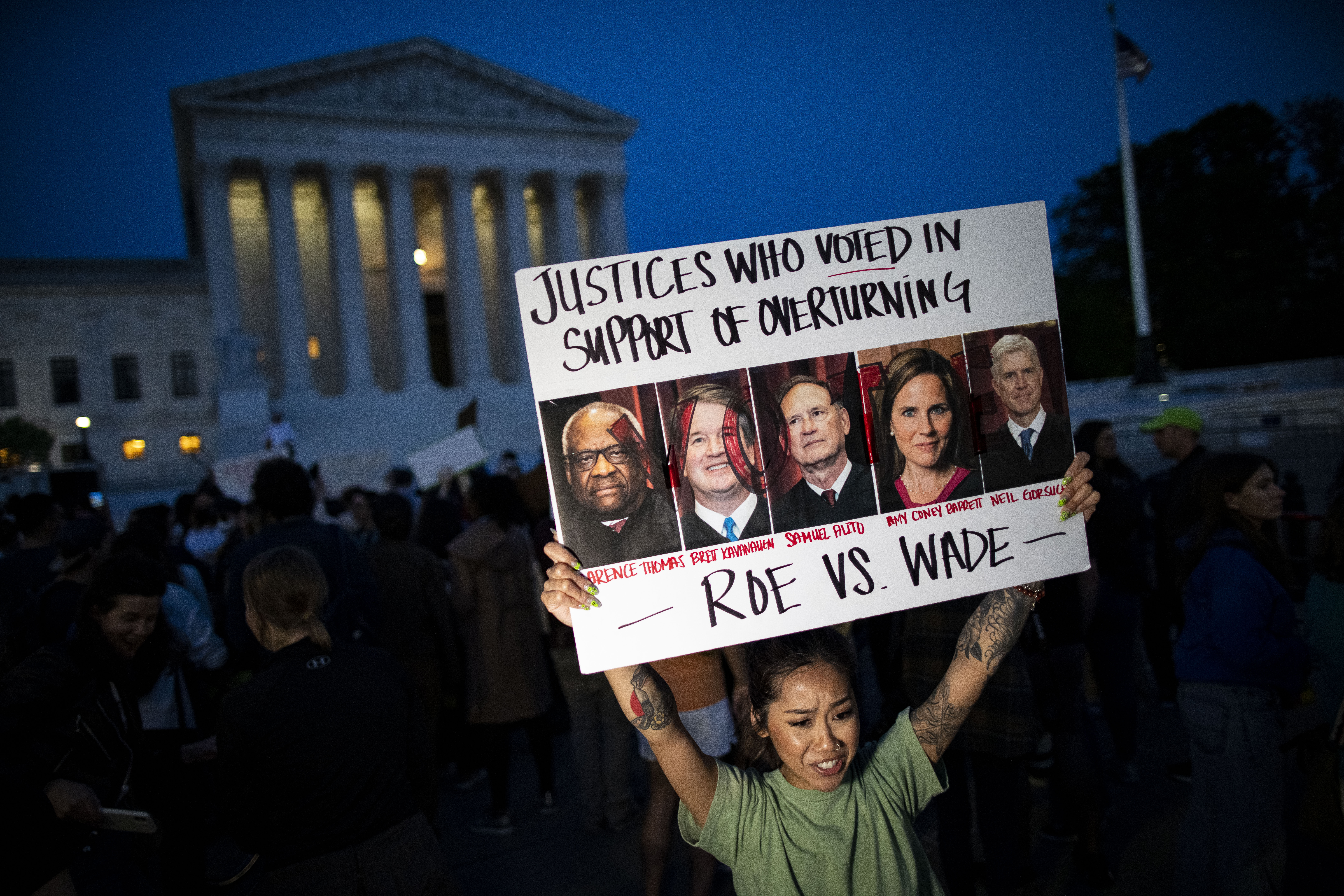 Here's a look at the impact Roe v. Wade had on states, what restrictions have been introduced since and where abortion laws stand in each state:

Before Roe, many women who wanted to obtain an abortion -- no matter the reason -- were forced to undergo illegal or self-induced abortions that often led to severe infections, hospitalization and in some cases death. By the late 1960s, Alaska, Hawaii, New York and Washington had repealed their abortion bans entirely, while a dozen others expanded exceptions, according to Planned Parenthood.

Still, abortion was out of reach for most women, especially low-income minorities who could not afford to travel to get the procedure. The Centers for Disease Control and Prevention estimates that in 1972 alone, 130,000 women obtained illegal or self-induced procedures, 39 of whom died. From 1972 to 1974, the mortality rate due to illegal abortion for nonwhite women was 12 times that for white women, according to the CDC.

Writing for the majority opinion in Roe v. Wade, Justice Harry Blackmun said that the court held a woman’s right to an abortion was implicit in the right to privacy protected under the 14th Amendment. However, while the Supreme Court ruled in favor of a woman's right to choose, it also acknowledged the state's interest in protecting the "potential of human life."

To balance the competing interests, the court established a "trimester" framework for the legality of abortions:

What restrictions on abortion have been enacted since Roe v. Wade?

Many states sought to circumvent Roe by imposing procedural hurdles upon women seeking abortions and the Supreme Court was repeatedly tasked with deciding whether these restrictions violated a woman’s right to privacy.

Then in 1992, the trimester framework was overturned in a ruling of the Supreme Court case known as Planned Parenthood v. Casey. Though the justices reaffirmed a woman's right to an abortion under Roe, they also gave states more leeway in regulating them in all three trimesters.

The court ruled that in order for a plaintiff to succeed in a constitutional challenge, the law they are protesting must be shown to have the purpose or effect of imposing an "undue burden," which is defined as a "substantial obstacle in the path of a woman seeking an abortion before the fetus attains viability." That meant states could pass regulations that impacted the ability to have the procedure even in the first trimester under the guise of safeguarding a women's health. Under this new test, many abortion restrictions have been upheld.

Among the laws and policies in place as a condition to receive an abortion, some states require:

A 2018 report from the National Academies of Science, Engineering and Medicine found such barriers can reduce the quality of care for women who undergo the procedure by preventing them from receiving the type of abortion that best meets their needs in a timely, equitable, science-based manner.

Where is abortion restricted in the U.S.? A state-by-state guide to current laws

With a patchwork of regulations and ongoing efforts to pass new restrictions, access to abortion in the U.S. largely depends on where a person lives.

To see what the current laws are in each state, click on the interactive map below for information on gestation limitations, procedural restrictions and more:

A total of 22 states already have laws on the books that would ban abortion completely or very early in a pregnancy, before many women know they are pregnant, according to the Guttmacher Institute. The laws fall into three basic categories:

At least eight states have passed anti-abortion restrictions this year: Arizona, Idaho, Florida, Oklahoma, South Dakota, Wyoming, Kentucky and Tennessee. Some of those laws have no exceptions for rape or incest.

At least two states, Michigan and Wisconsin, have only state laws banning abortion that were passed before Roe and could take effect if the decision is overturned, according to The Associated Press. The governor of Michigan, a Democrat, is suing to reverse that state's ban.

Another seven states — Arizona, Alabama, Arkansas, Mississippi, Oklahoma, Texas and West Virginia — have both pre- and post-Roe bans on the books, and which one they will choose to observe remains unclear.

Sixteen states and the District of Columbia have placed protections for abortion access in state law, though they do take slightly different forms, according to Guttmacher. Colorado, New Jersey, Oregon, Vermont and D.C. protect the right to abortion throughout the entire pregnancy. Twelve other states – California, Connecticut, Delaware, Hawaii, Illinois, Maine, Maryland, Massachusetts, Nevada, New York, Rhode Island, and Washington – have passed laws to protect the right to abortion prior to viability.