The collapse came hours before President Joe Biden arrived in the city to promote his $1 trillion infrastructure law, which has earmarked about $1.6 billion for Pennsylvania bridge maintenance

Federal investigators on Saturday vowed to put a collapsed bridge in a Pittsburgh park “under a microscope" as they examine evidence, including video from a municipal bus that plummeted along the span, prompting rescuers to rappel down a ravine and form a human chain to reach a few occupants.

Five vehicles were on the bridge along with the bus at the time of Friday's predawn collapse in Frick Park. City officials said 10 people, including some first responders, were evaluated and treated for minor injuries, and three people were taken to local hospitals with injuries that were not life-threatening. The collapse ruptured gas lines that ran along the bridge, causing a large gas leak and the subsequent evacuation of several families from their homes.

Jennifer Homendy, chair of the National Transportation Safety Board, said Saturday evening that investigators over the coming weeks would “put this bridge under a microscope," looking at its “entire history" from design and construction, to maintenance and repair and all work up until the day of the collapse. 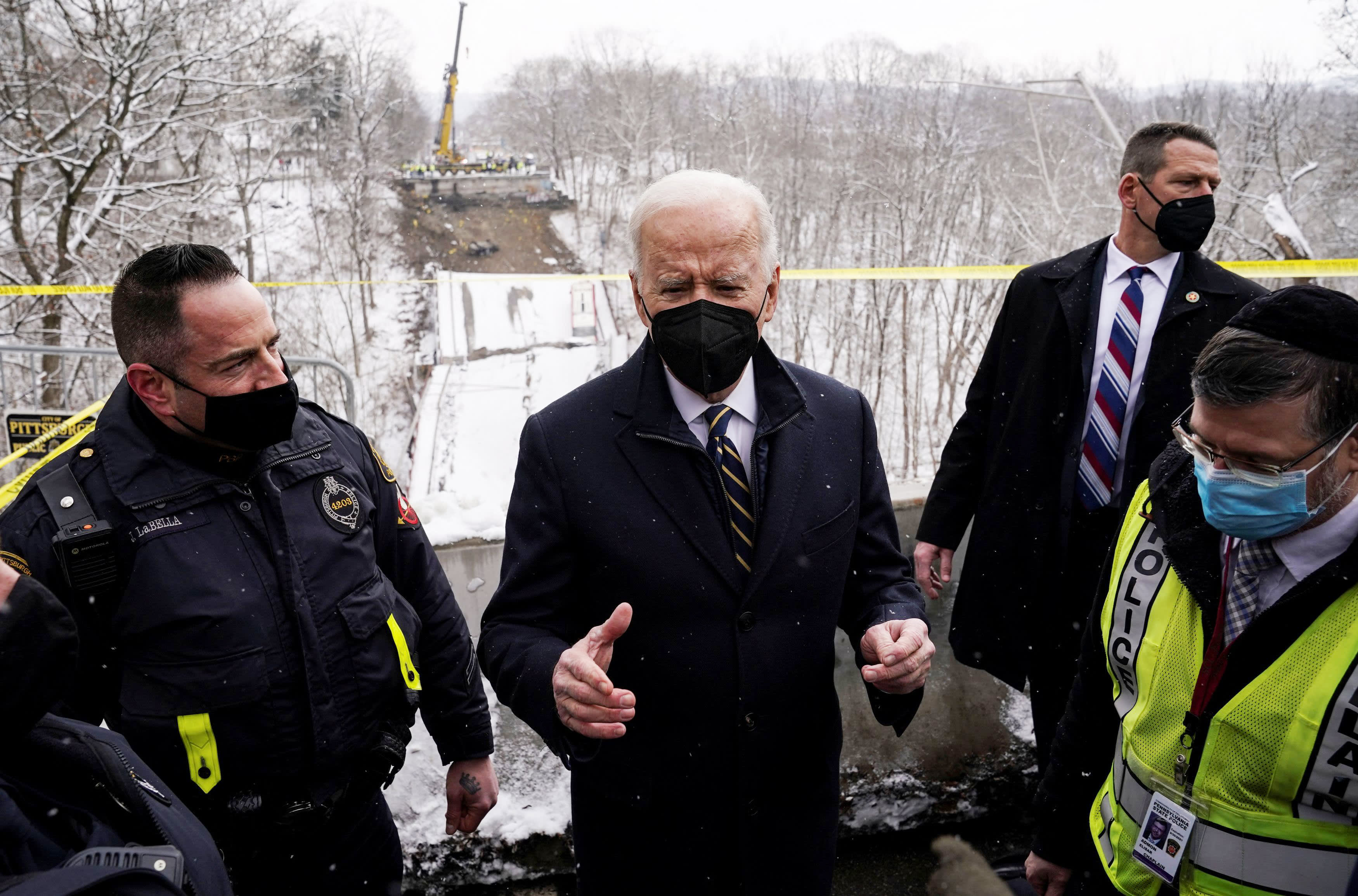 A crash reconstructionist on Saturday used a drone to map the scene and investigators made an initial inspection of the structure and the legs under the deck of the bridge, looking for signs of corrosion and fatigue cracking and also wanting to see how the structure came to rest. Investigators were also trying to identify areas for closer inspection and may want to take pieces back for laboratory analysis, she said.

Dennis Collins, investigator in charge, said structural engineers will be looking at every component of the bridge in methodical fashion, from supports to truss work to joints to the road structure itself.

Investigators have been told that the bus has nine cameras that were facing numerous directions. “We don’t know the quality of that video or what is available at this time but we’ll want to look at that,” Homendy said.

Investigators would look at inspection frequency and quality, federal and state procedures, and also at loads on the bridge and how those loads have changed over the half-century life of the span. In addition, the impact of weather and road treatments would be examined.

Homendy, however, also cautioned people to stay away from the park, which remains closed, citing the danger from the structure as well as from vehicles at the scene.

The collapse came hours before President Joe Biden arrived in the city to promote his $1 trillion infrastructure law, which has earmarked about $1.6 billion for Pennsylvania bridge maintenance. As Biden toured the scene Friday, an officer told him a person who was running by helped first responders get people out of cars. He called it a miracle.

The bridge is an important artery that leads to the Squirrel Hill and Oakland neighborhoods and is a popular route toward downtown Pittsburgh. Ralph Sicuro, president of Pittsburgh Firefighters Local 1, told KDKA-TVthat at least three stations must come up with different response routes in the absence of the main artery they would normally use. Gov. Tom Wolf signed a proclamation of disaster emergency aimed at speeding reconstruction of the bridge.

Homendy said a preliminary report in 10 days would include only factual investigation; a final report could take 12 to 18 months. Removing the bus and cars and parts of the structure would have to wait until diesel and cameras are removed from the bus, she said. Moving the bus safely is “quite an operation" that would take time, and during that process inspectors might want to examine areas newly revealed, she said.

President Joe Biden met Friday with first responders in Pittsburgh at the site of a bridge that collapsed earlier that day. After learning that a passerby helped rescue motorists who were trapped in their car, Biden said, “It really is [a miracle]— it’s astounding.”
Copyright AP - Associated Press