"I’ll be that person to stand up," said a man at the center of one of the cases

Gerald Bostock was devastated when he learned he had been fired from his job overseeing child welfare services for the Clayton County, Georgia juvenile court system.

The role, he says now, was his dream job. He believed working with children was his calling, and that he was good at it. In 2010, his county became the first in Atlanta to supply a volunteer to every neglected or abused child in the system.

Bostock believes he was fired for being gay. His termination came in 2013, months after he joined a gay softball league, after a history positive performance reviews. When he lost his job, he also lost friends, his home and his health insurance, he said. 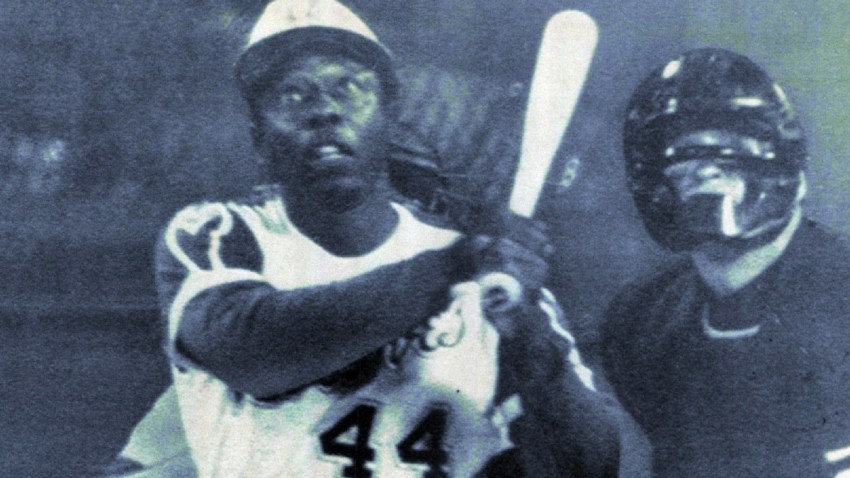 Now Bostock’s firing is at the center of a blockbuster set of Supreme Court cases that will determine whether LGBT workers may be fired on the basis of their identities. Arguments are set for Tuesday morning.

“Somebody needed to stand up,” Bostock said in a recent interview. “I’ll be that person to stand up so that nobody has to go to work fearful of losing their job.”

The Supreme Court cases are the first to squarely address the question of whether federal anti-discrimination law protects lesbian, gay, bisexual and transgender workers.

While the court has expanded the rights of LGBT individuals in recent years, holding that same-sex marriage is protected by the Constitution, for instance, it has yet to apply protections to the workplace. In about half the country, states and localities have passed laws forbidding such discrimination. In the other half, including Clayton County, workers are without protection.

“In an era where people want to believe that gay marriage solved everything, this shows that it clearly didn’t. There are many battles left,” said Brian Riedel, a professor at Rice University who studies LGBT social movements.

The justices will hear the cases of three LGBT workers who were fired, including Bostock. The other two individuals are Donald Zarda, a gay man who was fired from his job as a skydiving instructor after remarking on his sexual orientation to a female client, and Aimee Stephens, a transgender woman fired from her job as a funeral director after she announced her intention to present as a woman.

Ahead of arguments, it is not clear how the justices may come down on the issue. The case is the first major LGBT case to come before the justices since the departure of Justice Anthony Kennedy, who had long been a champion for gay rights from the court. In focus will be Justice Brett Kavanaugh, Kennedy’s replacement, who is believed to be more conservative.

“I think that it is actually a case that is pretty hard to predict,” said David Cole, the national legal director of the American Civil Liberties Union, which is representing Zarda and Stephens. Asked which justices he is hoping to corral into a majority, Cole said: “I’ll take any five.”

The decisions in the cases are expected by the end of June, in the middle of the 2020 presidential election.

The legal question comes down to the language of Title 7 of the Civil Rights Act of 1964, which bars discrimination because of “sex” but does not specifically mention sexual orientation or gender identity. Both the workers and the employers agree that the lawmakers who passed the law did not envision that it would protect gay or transgender workers.

But in legal briefs, the workers have noted that the Supreme Court has applied the Civil Rights Act to unforeseen territory before.

Federal appeals courts have split on the issue.

The Eleventh Circuit, which reviewed Bostock’s case, dismissed his complaint. Under the court’s precedent, “discharge for homosexuality is not prohibited by Title VII,” a three-judge panel said in an unsigned opinion.

The appeals courts which reviewed Zarda and Stephens’s cases came down differently.

The Second Circuit, which heard Zarda’s case, also had precedents on the books which held that Title 7 did not apply to LGBT workers. But after the full court heard the case, it reversed those precedents.

He added that “sexual orientation discrimination is predicated on assumptions about how persons of a certain sex can or should be, which is an impermissible basis for adverse employment actions.

Likewise, in Stephens’s case, the Sixth Circuit held that firing someone based on their transitioning status is by definition discrimination based on sex stereotypes.

The Equal Employment Opportunity Commission, a federal agency, has also said that Title 7 forbids gender identity and sexual orientation discrimination, though the Trump administration, via the Department of Justice, has taken the opposite view.

“Even if sexual orientation were a ‘function’ of sex, that would be insufficient, standing alone, to violate Title VII; otherwise, all sex-specific practices, including bathrooms, dress codes, and physical fitness standards, would be unlawful,” Solicitor General Noel Francisco wrote in a brief with the top court.

Sunu Chandy, the legal director for the National Women’s Law Center, which filed a brief in support of the employees, said she will be looking at whether the justices ask questions about the practicality of such distinctions during arguments. Adopting such a standard, she said, would “throw into havoc civil rights protections that have been precedent for decades.”

“What I’m really interested in is how you could practically exclude LGBT workers from these civil rights protections that we all enjoy?” she said. “If there is someone who does not comply with sex stereotypes, the employer could then say, ‘[you were fired] because I thought you were gay,’ and get a free pass.”

The cases have attracted a flurry of legal arguments from both sides of the debate. Somewhat unusually, many major businesses have come out in favor of the workers, effectively asking the court for more stringent regulations.

In one particularly strong show of force, more than 200 businesses, including Apple, Google and CNBC parent NBCUniversal signed onto a brief supporting the workers in the case.

“The failure to recognize that Title VII protects LGBT workers would hinder the ability of businesses to compete in all corners of the nation, and would harm the U.S. economy as a whole,” the firms wrote.

Bostock’s attorney, Brian Sutherland, made a similar argument in a recent interview, noting that discrimination can have adverse consequences for those who are not directly discriminated against.

“Discrimination against LGBTQ folks does not only hurt them. It hurts the people that they serve,” he said.

That point weighed on Bostock, too.

“I’m very proud of who I am. And I’m proud of the man who I’ve become,” he said. “And I am very proud of the hard work and success that I had in Clayton County, especially because it impacted the lives of so many children who suffered from abuse and neglect.”

Bostock said that the last six years for him have been draining, both financially and personally. But he said that he’s been energized by the prospect of changing the way the law is applied to millions of people “who are fearful of losing their job because of who they are, who they love, and how they identify.”

“I absolutely would not change a single thing,” he said.