Ida struck as hospitals and their ICUs were filled with patients from the fourth surge of the COVID-19 pandemic, sparked by the highly contagious delta variant and low vaccination rates across Louisiana

Southern Louisiana's hospitals, already packed with coronavirus patients from a fourth surge of the virus, were dealing Sunday with another challenge — the howling Category 4 hurricane pounding the coast.

Lady of the Sea General Hospital in Lafourche Parish, near where Ida made landfall, reported extensive roof damage. “All patients and staff are fine at this time without injury; although, our hospital has sustained significant damage,” hospital CEO Karen Collins said in a message relayed via Facebook. The hospital's phone system was down.

“Once it is safe to do so they will evacuate their small number of patients,” state health department spokeswoman Aly Neel said in an email. Details on the number of patients involved were not immediately available.

The roof of Lady of the Sea Hospital was shattered into pieces as Hurricane Ida moved through Galliano, La.

Another Lafourche Parish hospital, Thibodaux Regional Medical Center, reported a partial generator failure to the state. Christina Stephens, a spokesperson for Gov. John Bel Edwards, said the facility “had not lost all critical power.” She said some patients were moved to another part of the facility and the state health department was working with the hospital.

Ida struck as hospitals and their intensive care units were filled with patients from the fourth surge of the COVID-19 pandemic, sparked by the highly contagious delta variant and low vaccination rates across Louisiana.

Daily tallies of new cases in Louisiana went from a few hundred a day through much of the spring and early summer to thousands a day by late July. Gov. John Bel Edwards told The Associated Press on Sunday that more than 2,400 COVID-19 patients are in Louisiana hospitals, saying the state was in a “very dangerous place with our hospitals.” 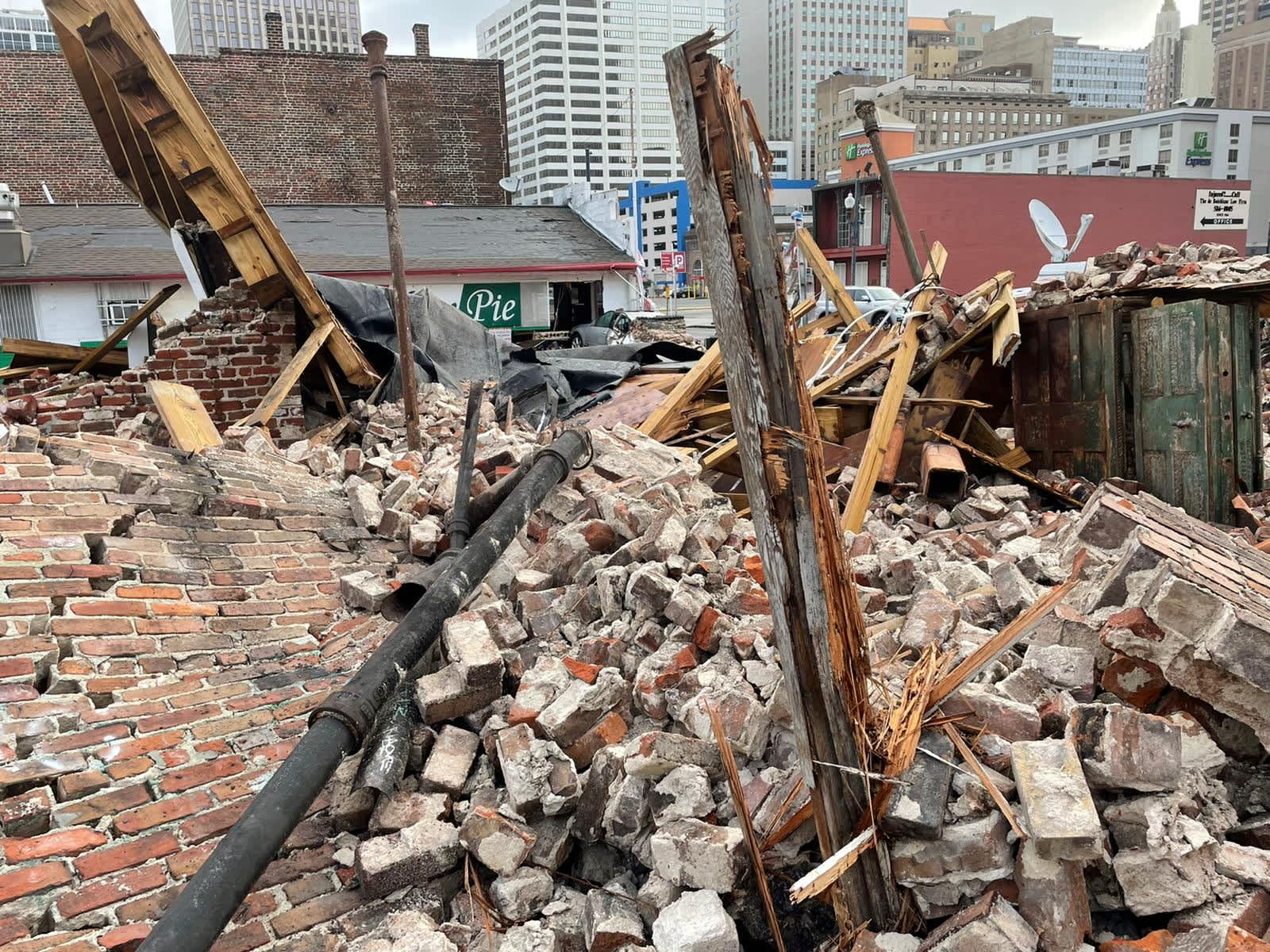 No Cash Or Gas to Run From Ida: ‘We Can't Afford to Leave'

The governor also said 22 nursing homes and 18 assisted living facilities have been evacuated, though evacuating the largest hospitals was not an option because there simply aren't other places to send them. Anticipating that power could be out for weeks in places, Edwards said a big focus will be on making sure there is enough generator power and water at hospitals so they can keep up with vital patient needs such as providing oxygen or powering ventilators.

“I hate to say it this way, but we have a lot of people on ventilators today and they don’t work without electricity,” he said.

Officials at Ochsner Health, which runs the largest hospital network in Louisiana, said roughly 15 of the network's hospitals are in areas potentially affected by Ida. The network evacuated some patients with particular medical needs from small, rural hospitals to larger facilities.

Warner Thomas, president and CEO of Ochsner Health, said Sunday that the system decided preemptively to evacuate a smaller hospital in St. Charles Parish when the storm’s track shifted a bit east.

He said 35 patients were moved to other hospitals in the region over a little less than three hours. When it comes to power at their facilities, Mike Hulefeld said, they are in pretty good shape. Three of their facilities in areas affected by Ida were moved to generator power in anticipation of losing city power.

Later Sunday the hospital system said they planned to evacuate all patients at two other hospitals in the system on Monday as soon as conditions allowed. One hospital, with 21 patients in Raceland, suffered roof damage while the other facility with 45 patients in Houma had roof damage and power issues. Other facilities have suffered roof damage, water leaks and some damage to windows that required moving patients. At the hospital's main campus just outside of New Orleans, Thomas said they'd had problems with water leaks but no structural issues and had performed some surgeries Sunday. They've had no injuries reported.

“We'll know a lot more tomorrow morning when we have daylight," he said.

Hulefeld said the hospital network ordered 10 days of supplies for facilities in areas that might be affected by Ida, and everything arrived Saturday. Each facility has backup power that was tested and a backup fuel truck on-site. Many of the chain’s hospitals also have water wells in case city water goes out.

With people evacuating and potentially going to stay with relatives or in shelters, medical officials said they are concerned the hurricane could translate into more coronavirus infections in coming days just as hospitalization numbers are going down. Thomas said the hospital system has seen a decline in almost 200 coronavirus patients over the past week across all their facilities.

Officials said Sunday they have been making the rounds and talking to staff in the hospitals — often referred to as the “A Team” because they’re the ones that go into lockdown when a hurricane arrives and work until the storm passes and they can be relieved. The hurricane comes on top of the year and a half long pandemic that has been an amazing stress on health care workers, and many are sad and frustrated.

“Folks realize they got a job to do. There are people who need to be cared for,” Thomas said. “But it does take a toll.”

Dr. Jeff Elder, medical director for emergency management at LCMC Health, said the system’s six hospitals went into lockdown mode Sunday. Employees were going to stay at the hospitals for the duration of the storm arrived Saturday and early Sunday and would sleep there.

Elder said one of the first things their hospitals do when storms arrive is discharge patients who are able to leave. However, the patient load is high because of the pandemic so they’re not able to reduce by much. He said the hospitals in the system are more robust since 2005’s Hurricane Katrina.

“We’ve learned a lot since 2005,” he said. Key pieces of infrastructure are now raised to keep them out of flooding. For example, at University Medical Center in New Orleans, which was built after Katrina, the generator is raised, diesel supplies are protected and the first floor doesn’t have essential services so even if flood waters get that high nothing essential is lost.

All hospitals in the system have generator backup power, Elder said. He also stressed that communication is now much better between hospitals in the hospital system as well as with various levels of government.