The body of a missing soldier is believed to have been found about 30 miles from Fort Hood, the Army base in Texas where he was stationed, police said Tuesday.

Identification found with the body in Temple, Texas, indicates the man may be missing Fort Hood soldier Sgt. Elder Fernandes, according to a statement from local police. Forensic confirmation is pending.

Fernandes is the third soldier from Fort Hood to go missing in the past year, and at least four have died in the past several months.

Temple police received a medical call at 5:36 p.m. saying a male had been seen near some railroad tracks, according to the statement. When officers arrived, they determined the man was dead.

Foul play is not suspected, police said, but the investigation is ongoing. An autopsy has been ordered.

"Our thoughts and prayers are with the Fernandes family during this challenging time," Temple Police Chief Shawn Reynolds said.

Natalie Khawam, who is representing the Fernandes family, said Army police told family members about the discovery late Tuesday night. She said the body was found hanging in a tree. 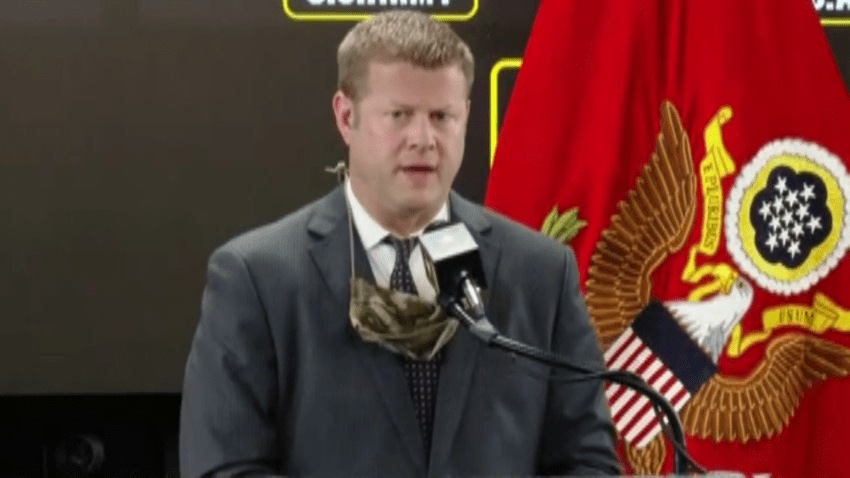 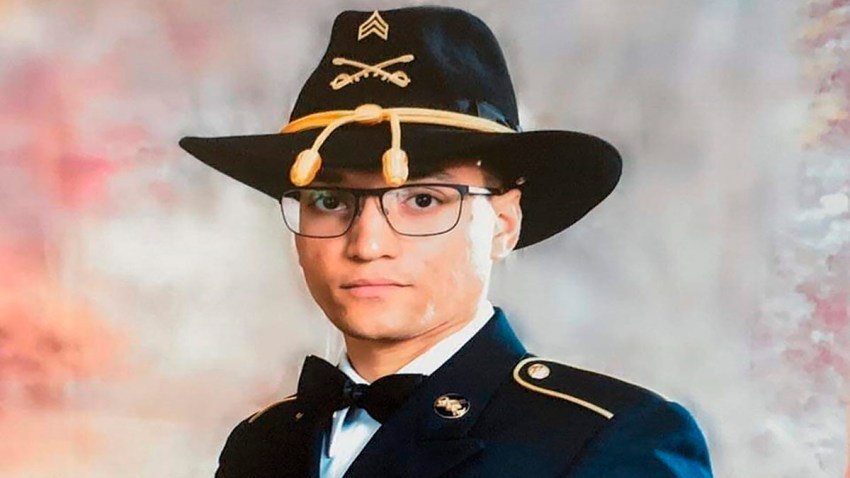 Fernandes' backpack was with him, Khawam said, and police found the 23-year-old man's driver's license inside.

Fernandes was reported missing by Killeen and U.S. Army police on Aug. 19 after he was last seen on Aug. 17, when officials said a superior dropped him off at his house. Fort Hood said in a statement over the weekend that Fernandes had transferred units after reporting sexual abuse, an Army official said in a statement.

Fort Hood officials did not immediately respond to a request for comment Tuesday. The Army and the Fernandes family, from Massachusetts, had asked the public for help in finding the missing soldier.

"I am saddened that another soldier who served the country has been destroyed by sexual assault and sexual harassment and this toxic culture in the military that exists," said Khawam, who is also representing the family of Vanessa Guillen, another Fort Hood soldier who went missing and who was found dead.

The Army said a fellow soldier killed her.

U.S. Army Secretary Ryan McCarthy said in a visit to Fort Hood earlier this month that the Central Texas base had some of the highest numbers of sexual assault, harassment and murder. He ordered an independent probe of Fort Hood in July, after authorities said Guillen was slain.

If you or someone you know is at risk of suicide please call the U.S. National Suicide Prevention Lifeline at 800-273-8255, text TALK to 741741 or go to SpeakingOfSuicide.com/resourcesfor additional resources.

Acacia Coronado is a corps member for the Associated Press/Report for America Statehouse News Initiative. Report for America is a nonprofit national service program that places journalists in local newsrooms to report on undercovered issues.