‘Not My Life': An Apartment Block Reflects the New Ukraine

Some 500,000 Ukrainians have taken up refuge in the eastern city of Lviv — a fraction of the 10 million Ukrainians who have been chased by war from their homes and resettled elsewhere in the country

The Soviet-era apartment blocks at the end of a tram line in this western Ukrainian city show an indifferent face to the world, blank and gray. But behind every lighted window is a story.

There is the couple who lament that they may never live in the house being built for them in bloody Bucha. There is the family that spent hours in their basement shelter in Irpin, trapped between armies. There is the woman who fled Kharkiv, becoming displaced for the second time in a decade.

They all escaped to Lviv, along with some 500,000 others — a small fraction of the 10 million Ukrainians who have been chased by war from their homes and resettled elsewhere in the country.

Many sleep on mats in cultural centers and schools, shelter in crowded rooms with relatives and friends. Some plan to move on, perhaps crossing the border to nearby Poland and beyond. Others have put down the first fragile roots. The rest have little idea what to do.

Most just want to go home, if home still stands.

As many as 50 have found shelter in a nine-story building on Trylovskoho Boulevard. It is quiet; they can look through their windows and see a school, a playground, not a tank or rocket fire. It’s a world away from the danger that sent them running from their homes, though in recent days, Lviv too has been a target of Russian missiles. 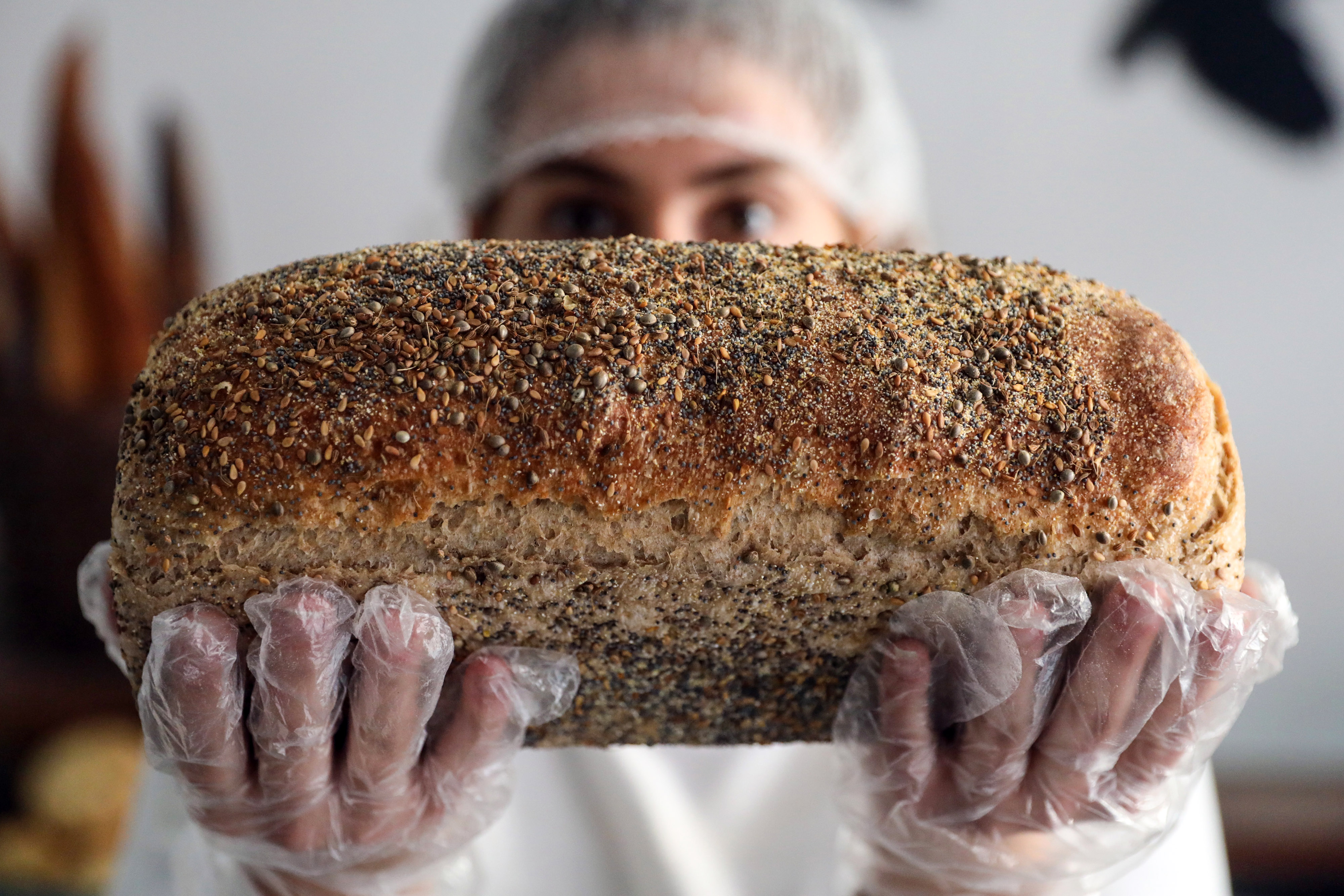 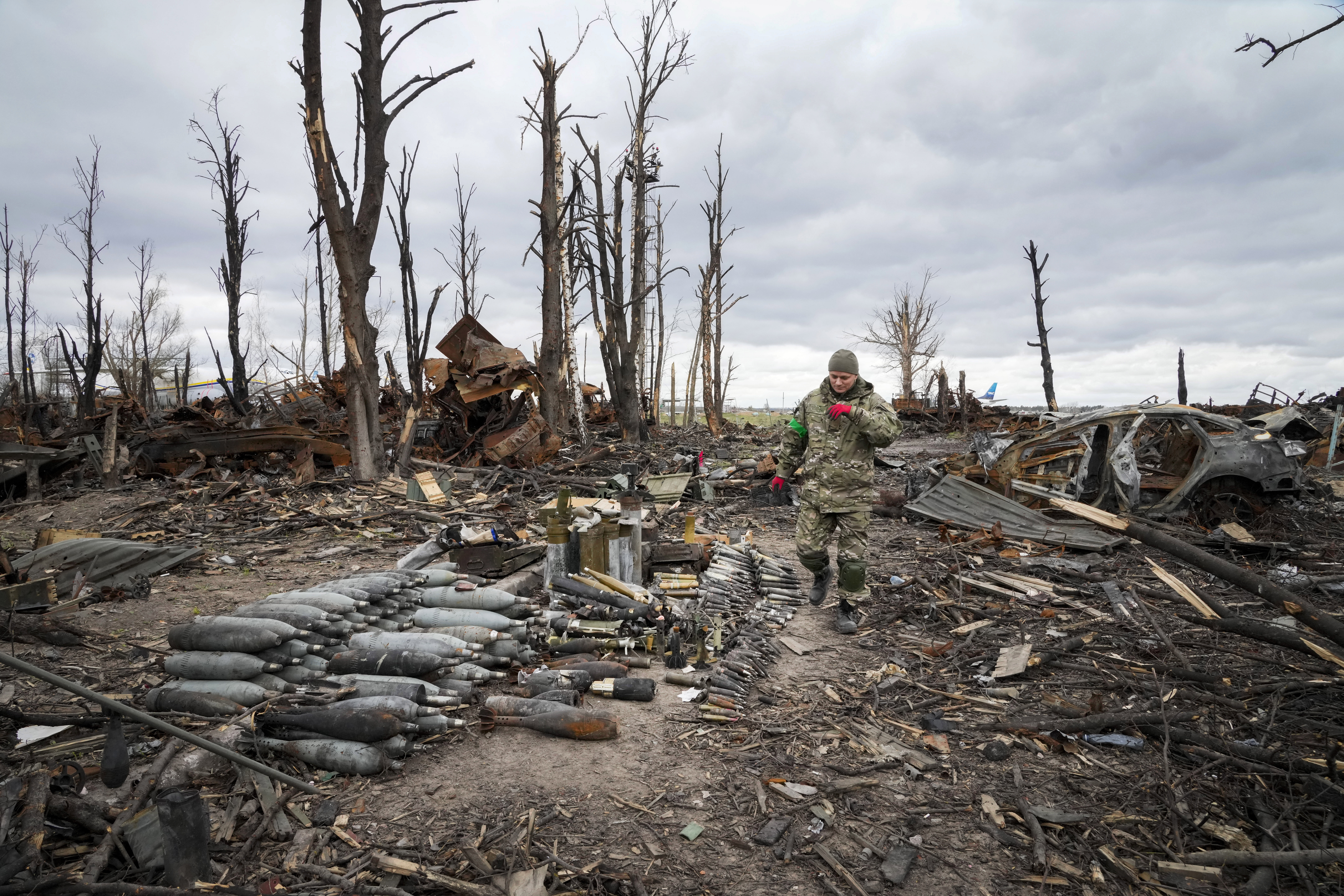 The families live footsteps apart. They don’t know each other, but they recognize displaced people like themselves on sight, without exchanging a word. Take the small, clanking elevator, walk down the dim corridors and visit with them in their temporary apartments, and you’ll find limbo.

Marta is 40 weeks pregnant; the baby, a girl, kicks her vigorously as she goes through bags of children’s clothing in the fourth-floor apartment the family borrowed from a cousin. Her birth plan, like so much else, has been abandoned — the place where she had expected to give birth was bombed.

“On the 24th of February, our happy life stopped,” says Marta, 36. She remembers looking out the window of the family’s Kyiv apartment and watching the lines of cars headed for safety. Within days, the Kopans — Marta, her husband and two sons — joined them.

Now, some 300 miles away, she sometimes feels nothing. Sometimes it is all too much.

“I don’t need to read the news,” she says, and starts to weep. “I just get the news from my friends.” They tell her of homes destroyed and bodies found in pieces. One friend now works to deliver babies in an underground shelter. He sent her photos of nearly 200 pregnant women waiting to give birth.

Marta knows that could have been her.

Kyiv is not all the family left behind. A new home, designed by Marta’s mother, had been waiting for the family in Bucha, just outside the capital. There are woods nearby, with trails for hiking and chances for mushroom and berry picking. Now the Russian occupiers have pulled back, leaving some of the war's worst horrors in their wake, and the family doesn’t know if their dream home was left intact.

They want to stay in Ukraine, but they have no long-term plan. Marta and her husband are doctors and want to stay and help. For now, they live day to day. The elder son, 6-year-old Nazar, continues his schooling online.

Though he knows better, sometimes he asks to return home to Kyiv. “I want my normal life,” he says.

Marta does, too. “I want to have my children to have their own rooms with their Legos, with their different pencils,” she says.

The boy curls up and kisses his mother’s belly, a comfort for her and a greeting for his sister. “I hope he’ll like her when she’ll be crying,” Marta says.

Hours later, just after sunset, the air raid siren wails. The family, like many others here, doesn’t go to the shelter. Marta sits in a puffy coat on the swings, alone in the dusk, while Nazar plays.

Social media has given journalists and the public access to a huge amount of information from the war in Ukraine, but separating fact from disinformation has never been harder. Members of the NBC Social Newsgathering team joined NBCLX storyteller Clark Fouraker to walk him through how they vet social media videos to get at the truth.

Iryna Sanina, 33, speaks in a stairwell on a concrete landing between floors. She leans on her husband, Volodymyr, and wears the only sweater she took with her when they fled Irpin. She has fuzzy slippers and her ankles are bare, even when she steps outside to smoke in the freezing weather.

Her eyes fill with tears as tells her story. She and her husband were trapped for days between Ukrainian and Russian forces, quickly learning to distinguish between incoming and outgoing fire. The bridge to safety was destroyed by the Ukrainian side to slow the Russian advance. Even though her husband insisted that she leave, she wanted to stay.

They hid in a basement shelter in the yard. Whenever the shelling eased, they climbed out to shout to their neighbors, checking to see whether they were alive.

Volodymyr stayed in Irpin longer than she did, helping with evacuations, but it was a struggle; tires were quickly shredded by shrapnel on the ground. With communications out, Iryna could reach him only by text message. “I could see he received the messages, but he couldn’t answer,” she says. “I didn’t know for days about his fate, and it was terrifying.”

Eventually, elderly neighbors persuaded him to leave for the sake of his 14-year-old son. The boy now shelters three hours away from Lviv with his grandmother, in a safer place with no air raid sirens at all.

Iryna and Volodymyr share their sixth-floor apartment with four other adults from Irpin, all of them colleagues at the drug company where the couple works. It’s very difficult to live with others, Iryna says, but “we know a lot of people lost everything.”

The couple don’t want to let others know they come from Irpin. They don’t want to look like victims. They want to go home, no matter how devastated it is, and rebuild.

More than anything, says Iryna, “I want to go back and wake up on Feb. 24,” before it all began. She is in tears again.

The kitchen ceiling is peeling. The bed is an air mattress. The rooms are mostly bare. But Olya Shlapak’s 8-year-old daughter Zlata is pirouetting in her bedroom with a new friend and telling her parents, “Let’s stay in Lviv.”

Olya, 28. and her husband, Sasha, worry there’s little to return to in Kharkiv, and the home they bought just six months ago. On the first day of Russia’s invasion, they left it to seek safety in the subway, along with hundreds of other residents.

Olya recalls the “biggest fear of my life,” awakening her daughter to tell her the war had started. Luckily, she says, Zlata didn’t see much fighting, but “when she hears loud noises, she tries to hide.”

Sasha continues to work in information technology. Olya can’t bring herself to look for a job. That would mean accepting they might be in Lviv forever. “I’m waiting,” she says. “This is not life for me now.”

Years ago, Olya fled the Donetsk region in eastern Ukraine amid the fighting there. That experience taught her not to panic. But she has been shaken by the effects of Russia’s war propaganda on the people she loves. She can barely speak with her parents in Donetsk, for years under Russian sway, about the war. It is difficult to convince them that Ukraine isn’t attacking its own people.

Friends in Russia sent similar messages, or worse. “You Ukrainians deserve to die,” one wrote. Olya told her to lay off the drugs and alcohol. It seemed to be the best answer at the time.

For years, she had avoided watching the news. Now she watches it for hours on end. She cooks. She plays with her daughter. She volunteers, helping other displaced people.

To help fill the time, the family is putting together a jigsaw puzzle on the floor. But the dog has eaten a few of the pieces, and it might never be complete.

The Russian invasion displaced more than 10 million Ukrainians — and many Ukrainians brought pets or even livestock with them when leaving home. But thousands of animals were left behind, in shelters that have had difficulty getting supplies amid the fighting. That's why New Yorker Courtney Chandel recently flew to Ukraine and volunteered at an animal shelter. She joined LX News' Jobeth Devera to talk about the immense need for help and supplies at animal sanctuaries in the conflict zone.

Olha Salivonchuk is not a displaced person, though she has long prepared to be one.

Unlike many Ukrainians, she took seriously the talk in the West about a Russian invasion and packed a “go bag” with clothes, medicine, food and documents in November. On Feb. 24, her husband awakened her: “It’s begun.” Recalling that moment, she is in tears.

Head of the local association of apartment owners, Olha watched the building empty out at the war’s start. “People who lived here, especially with children, they just like disappeared in a moment,” she says. “It was like an empty building. No light in the evening. No cars in the parking. It was very scary.”

But then, realizing that Lviv wasn’t on the front line, people returned. And in the days and weeks that followed, Olha, 41, watched as Ukrainians arrived from places like Chernihiv and Kharkiv, squeezing into apartments with friends, family and co-workers.

Olha herself hosted a dear friend from Kyiv in her ninth-floor apartment for several days before helping her move on. On the eighth floor, a Kyiv family moved in and asked what they could do to help. They pitched in to make the camouflaging nets that cover checkpoints in the city, using spare fabric.

Olha has never considered leaving, even when a Russian airstrike made their building shake. Her family has lived in the city for generations, and she has been in the apartment for a dozen years.

Every time the air raid siren sounds, she and her husband and 13-year-old daughter Solomiya take their bags to their makeshift shelter in their hallway. She has placed tape on her windows after seeing people who had fled eastern Ukraine do it. “Maybe they know something,” she says.

Olha is aware of the tender nerves of the newly displaced people around her. “I just say ‘You’re new,’” she says. “I don’t want to ask questions. I’m not sure they’re eager to talk about the war. But if they start this conversation, I’m listening.”

Little is needed to make a new home, she says: Tea, blankets, photos and conversation. The newcomers are learning that now.

“They are the same now, they are Ukrainians,” Olha says. They speak with longing about communities left behind, but “they understand that here they have a home, too.”