Police departments and civic leaders across the United States mourned publicly on Saturday and Sunday, condemning violence and calling for calm after two police officers were shot dead in their squad car in what New York City's commissioner called an "assassination."

President Barack Obama was among those who expressed support for the police. "Two brave men won't be going home to their loved ones tonight, and for that, there is no justification," the president said Saturday night in a statement. "Tonight, I ask people to reject violence and words that harm, and turn to words that heal — prayer, patient dialogue, and sympathy for the friends and family of the fallen."

Obama called New York City Police Commissioner Bill Bratton on Sunday and said Americans must reject violence and instead turn to prayer and sympathy for the victims' relatives, the White House said. The president said his administration will work with leaders across the country to echo that message.

Police departments around the country expressed solidarity with the NYPD, adorning their badges with black bands in honor of the slain officers.

In Philadelphia, where anti-police graffiti appeared this week, a police spokeswoman called the shootings a "horrible act of terror."

"Our thoughts and prayers are with New York Police Department and the families of these officers," the spokeswoman said.

Officers Rafael Ramos and Wenjian Liu were sitting in a squad car in Brooklyn on Saturday afternoon when the shooter, identified as 28-year-old Ismaaiyl Brinsley, approached the car and fatally shot both officers in the head, police said. Brinsley then ran into a nearby subway station and killed himself, according to police.

"They were, quite simply, assassinated — targeted for their uniform," said Bratton. "Both officers paid the ultimate sacrifice today while protecting the communities they serve." 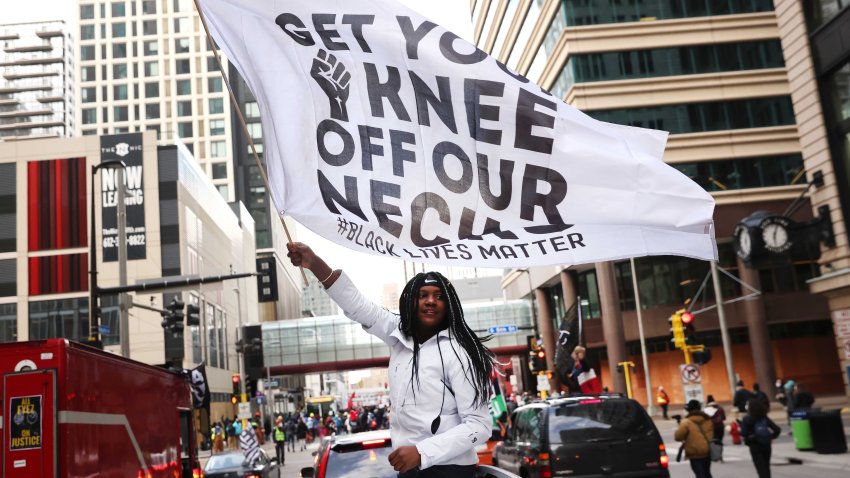 In California, San Jose Police Sgt. Paul Kelly said the shooting is a sobering reminder of the dangers officers face every day on the job. "San Jose police officers are sick about the tragedy that happened to New York's finest,"  said Kelly.

Congressional Black Caucus (CBC) Chair Marcia L. Fudge released a statement Sunday morning, saying the police officers' "tragic deaths are a great loss for the NYPD, their families, and our nation. This is not about race or affiliation, and it isn't about black versus blue. All lives matter."

New York Mayor Bill de Blasio called the shootings a "particularly despicable act," and called on New Yorkers to pray for the families of Ramos and Liu. He ordered that flags in the city be lowered to half-staff from sunrise Sunday until the officers' burial.

But New York Police Benevolent Association President Patrick Lynch was critical of the mayor's office. Lynch tied the shootings to violence against the NYPD during recent protests in the city and blamed the mayor directly for a perceived lack of support as the department has come under scrutiny.

"There's blood on many hands tonight," Lynch said, and "starts on the steps of City Hall in the office of the mayor."

In response, the mayor's office said, "it's unfortunate that in a time of great tragedy, some would resort to irresponsible, overheated rhetoric that angers and divides people."

Loretta E. Lynch, the U.S. Attorney for the Eastern District of New York, pledged that her office would assist with the investigation of the shooting.

"I was shocked and deeply saddened to hear of this afternoon's brutal and senseless attack on two NYPD Officers, and I join Attorney General Holder in expressing my deepest condolences to the families of these fallen heroes," she said. "Today's assailant struck at the heart of our city — the dedicated officers who pledge their lives to safeguard us all."

The killings on Saturday come amid tensions over the deaths of unarmed black men at the hands of police. Bratton said Saturday that the suspect had a history of making anti-police comments. It remained unclear whether he had any involvement in the protest movement.

The family of Eric Garner, the New York man who died after he was put in a chokehold by police denounced on Sunday the killing of two police officers.

"Anyone who's standing with us, we want you to not use Eric Garner's name for violence because we are not about that," Garner's mother, Gwen Carr, told reporters on Sunday. "I'm standing here in sorrow about losing those two police officers."