He encouraged people to improve the world by “breaking bread with the hungry, working for justice, lifting up the poor and restoring their dignity”

Pope Francis decried societies which rush indifferently past the poor, often judging them instead of helping them, as he celebrated Sunday Mass in St. Peter's Basilica attended by 2,000 indigent people.

During his homily, Francis also made the appeal against what he called “growing indifference” to the poor, who, he said, are often forced into poverty by injustice.

Francis has used his papacy since 2013 to draw attention to those living on society’s margins. The Catholic Church dedicated the day to the world’s poor. 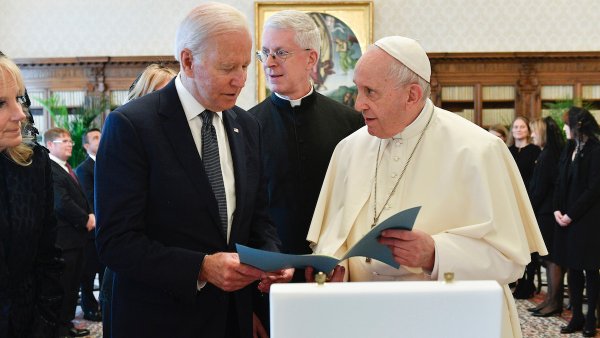 Biden: Pope Told Me That I Can ‘Keep Receiving Communion' 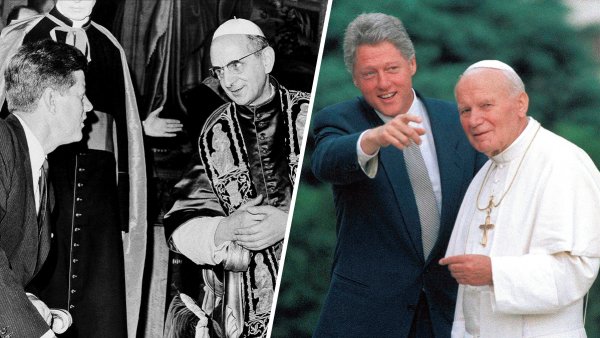 Presidents and Popes Over the Years: Gifts, Gaffes, Grief

“We are part of a history marked by tribulation, violence, suffering and injustice, ever awaiting a liberation that never seems to arrive,” Francis said. “Those who are most wounded, oppressed and even crushed, are the poor, the weakest links in the chain.”

He said by focusing on the poor the Church “asks us not to turn aside, not to be afraid to take a close look at the suffering of those most vulnerable.”

The pontiff lamented the “poverty into which they are often forced, victims of injustice and the inequality of a throwaway society that hurries past without seeing them and without scruple abandons them to their fate.”

The pontiff didn't specifically cite the impact of climate change on the poor, who could be forced to flee their homes due to droughts and floods.

Jorge Mario Bergoglio was born in 1936 in Buenos Aires, Argentina, and became involved in the Catholic Church after recovering from a severe illness.

But Francis added that “unless our hope translates into decisions and concrete gestures of concern, justice, solidarity and care for our common home, the sufferings of the poor will not be relieved, the economy of waste that forces them to live on the margins will not be converted, their expectations will not blossom anew.”

He encouraged people to improve the world by “breaking bread with the hungry, working for justice, lifting up the poor and restoring their dignity.”

Charity workers were among those invited to the Mass, along with those they assist.

Francis issued a plea to bring hope to the world through “tenderness to the poor, without judging them.”