The judge in Robert Durst's murder trial said the New York real estate scion is being treated Thursday in a jail hospital, prompting jurors to be sent home for the week.

"The record should indicate Mr. Durst is not here," Los Angeles Superior Court Judge Mark Windham said after jurors were excused for the week and ordered to return to the Inglewood courthouse on Monday. "We understand he is in the jail hospital because of some incident this morning involving his health."

Outside the jury's presence, Deputy District Attorney John Lewin said he had "no idea what Mr. Durst's situation is" or "whether this is legitimate or not." 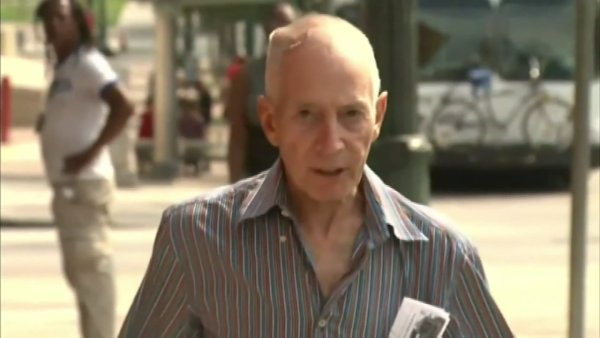 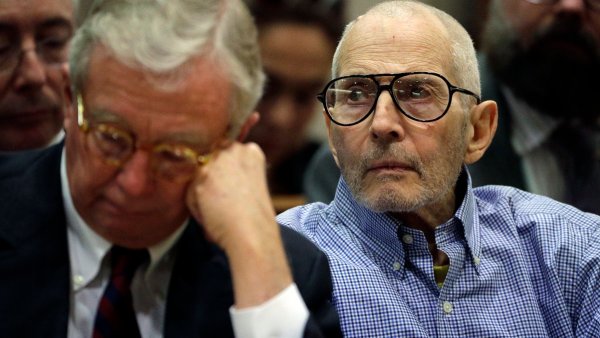 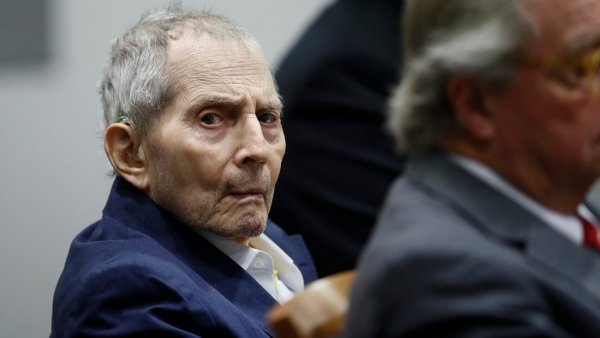 The prosecutor said it was "certainly suspect as to what his actual condition is" given "his history."

The judge responded that Durst, who has been appearing in court in a wheelchair, "wouldn't be taken to the hospital without a legitimate question as to health."

"He needed to be seen," Windham said, noting that doctors do a "good job at that jail of ascertaining whether or not a person is good to go to court."

Less than a month ago, Windham rejected an emergency motion from the defense seeking to postpone the trial indefinitely based on what lawyers said were the 78-year-old defendant's "life-threatening" health issues.

Durst is charged with murder for the December 2000 killing of Susan Berman, a writer with whom he had been close friends for years after the two met at UCLA.

The murder charge includes the special circumstance allegation that she was killed because she was a witness to a crime.

The prosecutor told jurors last month that the evidence would show that Durst shot and killed the 55-year-old woman "out of survival" because he feared she would tell authorities about his involvement in the disappearance of his first wife, Kathie.

"Susan Berman never saw what happened. She never knew it was going to happen. She turned around because she trusted him because he was her close friend. He was not someone to fear … She took a few steps and he basically blew her brains out," Lewin said.

Calling the cases "interrelated," the prosecutor said jurors will also hear evidence that Durst killed his wife and used Berman to help cover up his part in the crime, and that he subsequently had to kill another person, Morris Black, in Galveston, Texas, in 2001, because the man figured out who Durst was and was putting pressure on him.

DeGuerin countered that his client had no motive to kill his longtime friend in her home in the Benedict Canyon area of Los Angeles and had nothing to gain from her shooting death.

"Bob Durst did not kill Susan Berman and he does not know who did," DeGuerin told the panel twice, reiterating his opening statement to jurors in March 2020 shortly before the trial was stalled for more than a year by the COVID-19 pandemic.

Durst -- who contended that Black was killed during a struggle over a gun before Durst dismembered his neighbor -- was acquitted in Texas of that killing.

Durst's attorney countered that the disappearance of Kathie Durst and Berman's killing were "completely dissimilar" to Black's shooting death.

"Whoever killed Susan Berman left no clues. Kathie Durst disappeared without a trace. After Morris Black's death, the police found hundreds of clues," the defense attorney told the jury.

He said Durst went to Berman's home in December 2000, found his close friend dead and "freaked out," then sent a note to Beverly Hills police about her body.

DeGuerin also told jurors that his client -- whom he said suffered from what has been known as Asperger's syndrome -- has "been considered a little bit weird" and run away all of his life.

"Bob doesn't make what we would consider good decisions," the attorney said, reminding jurors that they will hear from the defendant during the trial.

"Bob Durst had no motive and nothing to gain by the death of Susan Berman," he said, noting later that there was no forensic evidence linking his client to that killing.

He disputed the prosecution's contention that Berman made a phone call posing as Kathie Durst and called Berman a "storyteller" who had a "great imagination" and "made things up."

DeGuerin told the panel that a six-part HBO series "The Jinx: The Life and Deaths of Robert Durst," in which the defendant was recorded saying "There it is, you're caught" and "killed them all, of course," was "heavily edited" and "not a documentary."

The defense attorney said Durst "wanted his story out," but chose the wrong people to tell that story and realized by the time the fifth episode aired that it was a "hatchet job."

He has been behind bars since March 14, 2015, when he was taken into custody in a New Orleans hotel room hours before the airing of the final episode of the HBO series, which examined Kathie's disappearance and the killings of Berman and Black.

Durst has been long estranged from his real estate-rich family, which is known for ownership of a series of New York City skyscrapers -- including an investment in the World Trade Center. He split with the family when his younger brother was placed in charge of the family business, leading to a drawn-out legal battle, and ultimately reached a settlement under which the family reportedly paid him $60 million to $65 million.