Ethan Nordean, 30, entered the plea through his attorney during a video conference

A Seattle-area man and a leader of the far-right Proud Boys pleaded not guilty Tuesday to federal charges accusing him of helping to plan and lead the deadly January insurrection on the U.S. Capitol.

Ethan Nordean, 30, entered the plea through his attorney during a video conference before Judge Timothy J. Kelly of the U.S. District Court for the District of Columbia, The Seattle Times reported.

Nordean was arraigned with another Proud Boys leader and co-defendant, Joseph Biggs of Florida, who also pleaded not guilty.

The FBI’s Washington Field Office has released new video footage and information in hopes of identifying suspects in the “most egregious assaults on federal officers.”

They and two others — Zachary Rehl of Pennsylvania and Charles Donohoe of North Carolina — are accused of being ringleaders in the Jan. 6 siege and failed attempt to halt Congress from certifying Joe Biden’s presidential victory.

They are charged with six counts, including: conspiracy, obstruction of an official proceeding, obstruction of law enforcement during civil disorder, destruction of government property, entering and remaining in a restricted building and disorderly conduct.

A grand jury’s indictment, unsealed Friday, intensified initial federal charges against Nordean, who was arrested in February. The latest charges include a conspiracy count that alleges Nordean and the others worked together to plan and carry out the attack.

Nordean, 30, of Auburn, Washington, was a Proud Boys chapter president and member of the group’s national Elders Council. Nordean, who also goes by the alias “Rufio Panman,” and the three other men each are described as leaders or organizers of Proud Boys chapters in their home states, the indictment says.

FBI Director Christopher Wray says the criminal activities at the Capitol riots on Jan. 6, is viewed by the bureau as "domestic terrorism."

The charging papers allege that, before the Capitol attack, the men worked to obtain paramilitary equipment to carry out the siege. They also allegedly dismantled metal barriers protecting the Capitol and communicated through handheld radios and encrypted messaging applications, the indictment says.

An encrypted messaging channel called “Boots on the Ground” was opened the day before the attack, enabling more than five dozen participants — including Nordean, the three other defendants and a fifth unindicted co-conspirator — to prepare for the mayhem, according to the indictment.

“Rufio is in charge, cops are the primary threat, don’t get caught by them or BLM, don’t get drunk until off the street,” the indictment quotes a message, sent the night before the riot by the unnamed co-conspirator, as saying.

The next morning, Nordean, Biggs and Rehl allegedly led a large group of Proud Boys members, including Donohoe, from the Washington Monument to the Capitol, where group members stormed the building. 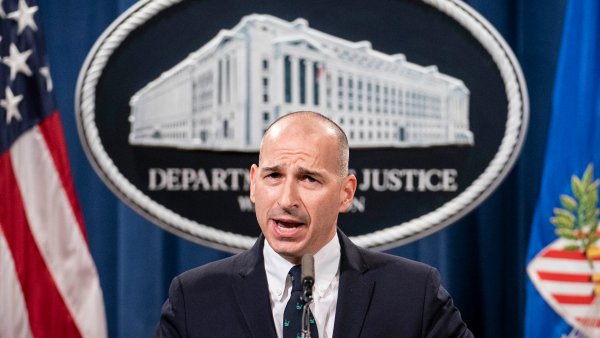 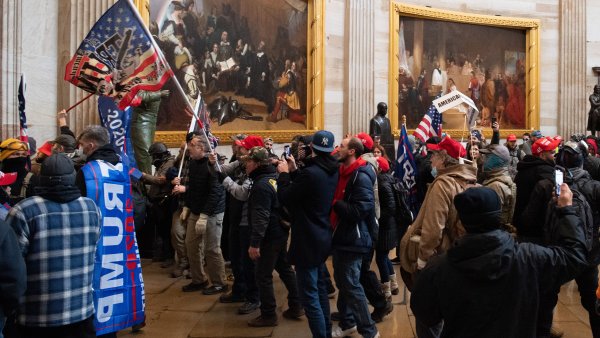 Proud Boys members, who describe themselves as a politically incorrect men’s club for “Western chauvinists,” have frequently engaged in fights with antifascist activists at rallies and protests. So far, at least 19 leaders, members or associates of the neo-fascist group have been charged in federal court with offenses related to the Jan. 6 riots.

On Saturday, federal prosecutors filed motions seeking to revoke release orders for Biggs and Nordean, both of whom had been freed from detention pending trial. Rehl and Donohoe, who were not arraigned Tuesday, still face hearings to determine whether they should be detained pending trial.

On Tuesday, Kelly set a status conference for all four defendants for April 1, at which time the judge also will hear arguments for and against revoking Nordean’s and Biggs’ release orders.