A pregnant American woman who suffered an incomplete miscarriage while vacationing in Malta will be airlifted to Spain on Thursday for a procedure to prevent infection because Maltese law prohibits abortion under any circumstances, the woman's partner said.

Jay Weeldreyer told The Associated Press by phone from a hospital in the island nation that his partner, Andrea Prudente, is at risk of a life-threatening infection if the fetal tissue isn’t promptly removed.

Prudente, 38, experienced heavy bleeding on June 12, followed by a premature rupture of the amniotic sac and the separation of the placenta, according to Weeldreyer, 45. While the hospital is carefully monitoring her for any sign of infection, the facility cannot perform the surgery to complete the miscarriage, he said.

Malta is the only European Union member nation that outlaws abortions for any reason. Contacted by The AP, Mater Dei Hospital, where Prudente is being treated, said it wasn’t allowed to give out patient information due to privacy regulations.

“The miscarriage is 80% complete,'' Weeldreyer said. ”Her waters are broken, the placenta has separated, but because of a (fetal) heartbeat," the fetus cannot be removed, he said. In separate comments to other news outlets, the couple described the placenta as being partially detached. 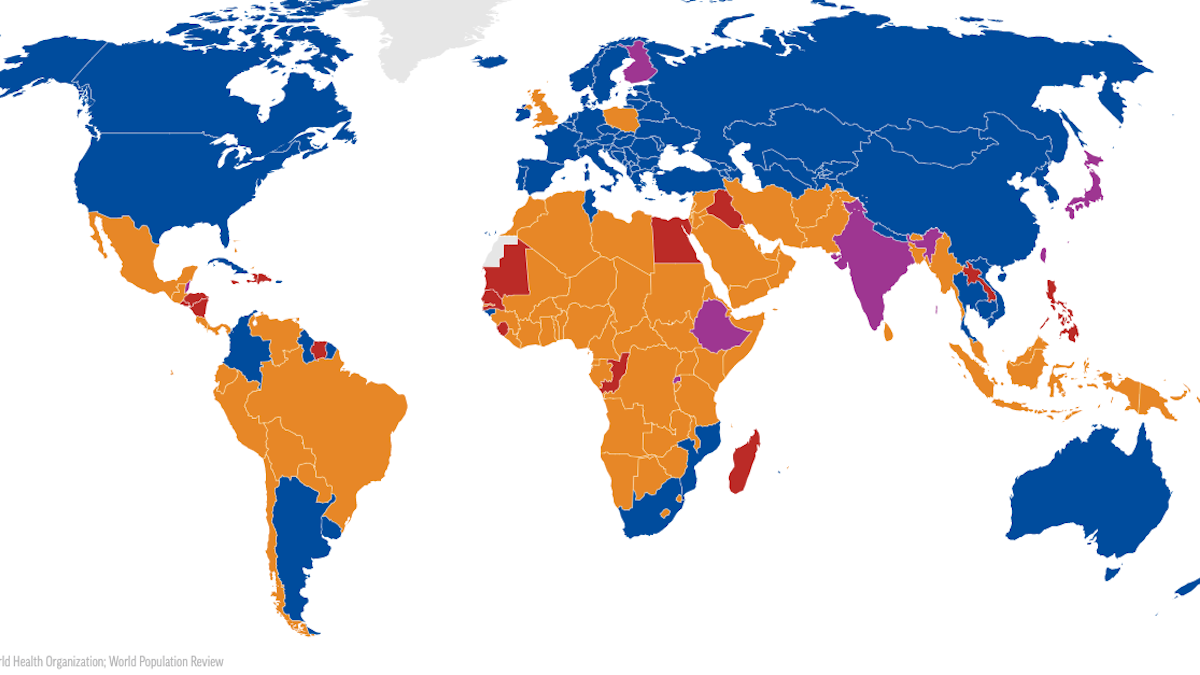 MAP: Abortion Laws Around the World

The couple from Issaquah, Washington, a town near Seattle, arrived in Malta on June 5 for a long-awaited vacation. Prudente started bleeding and was hospitalized a week later, her partner said. He indicated she was 16 weeks pregnant when the bleeding began.

Along with the worrying about the infection risk, the two fear Prudente might resume hemorrhaging during the medical evacuation flight they have arranged for Thursday evening to take them to the Spain, where she will be admitted to a hospital.

Mater Dei Hospital “has done a good job within the realm of what they are allowed to do” under Maltese law, Weeldreyer said. The woman is receiving antibiotics and being closely monitored for signs of infection, he said.