McConnell and Pelosi Give No Signs of Budging on Impeachment

Trump, only the third president in U.S. history to be impeached, faces charges of abuse of power and obstruction of Congress over his actions toward Ukraine

Congress opened the new year with the Senate deadlocked over President Donald Trump's impeachment trial, leaving the proceedings deeply in flux as Republicans refuse to bend to Democratic demands for new witnesses.

Senate Majority Leader Mitch McConnell showed no signs Friday of negotiating with the Democrats as he aims for Trump's swift acquittal. At the same time, the Republican leader acknowledged the Senate cannot begin the historic undertaking until House Speaker Nancy Pelosi delivers the articles of impeachment — which she is refusing to do until he provides details on the trial's scope. Neither seems willing to budge.

“Their turn is over,” McConnell said about the Democratic-led House. "It's the Senate's turn now to render sober judgment as the framers intended.”

Pelosi responded that McConnell's stance “made clear that he will feebly comply with President Trump’s cover-up of his abuses of power and be an accomplice to that cover-up.”

The House and Senate gaveled in for brief sessions Friday with the sudden crisis in the Middle East only adding to the uncertainty about how lawmakers will proceed with the impeachment trial, only the third in U.S. history.

Trump was impeached last month by the House on charges that he abused power and obstructed Congress in his dealings with Ukraine. Trump withheld nearly $400 million in military aid for Ukraine, an Eastern European ally that depends on U.S. support to counter Russia, after asking President Volodymyr Zelenskiy to publicly announce an investigation into Trump rival Joe Biden. The aid was ultimately released after Congress objected.

Democrats believe their demands for witnesses are bolstered by new reports about Trump's decision to withhold the aid and unease among some GOP senators over the situation.

“The American people deserve the truth," Pelosi said in a statement. "Every Senator now faces a choice: to be loyal to the President or the Constitution."

McConnell has said the trial should start and then senators can decide the scope. Acquittal seems likely in the Senate because Republicans hold a 53-47 seat majority and it takes two thirds of the Senate to convict. But McConnell's leverage is limited during the trial. Either side needs to reach just a 51-vote threshold to call witnesses or seek documents, which could politically test some senators.

As he opened the chamber Friday, McConnell criticized House Democrats as having engineered a “slapdash” impeachment that was the “most rushed, least fair” in history, only to now forcibly postpone the proceedings while they seek more information.

The GOP leader did not defend or criticize the president's actions toward Ukraine. But he invoked the Founding Fathers' vision of the slower-moving Senate as “an institution that could stop momentary hysteria and partisan passions."

The price of oil surged Friday on concerns that Iran might respond to the killing of its top general by the United States by disrupting global supplies of energy from the Middle East. Bob Redell reports.

Senate Minority Leader Chuck Schumer also drew on the founders to pressure Republican senators not to fall lockstep in line with Trump, as they typically do, but fulfill their role as jurors.

"The vital question, of whether or not we have a fair trial, ultimately rests with a majority of the senators in this chamber,'' Schumer said. He is pressing to hear testimony from at least four new witnesses, all of whom refused to appear in the House proceedings before the House voted to impeach Trump last month.

“We need the whole truth,” Schumer said. McConnell, he said, has been unable to make "one single argument" against having witnesses and documents in the trial.

Two Republican senators, Lisa Murkowski and Susan Collins, have indicated they were open to hearing from more witnesses and registered their concerns about McConnell's claim that he was working closely with the White House on the format for the trial. Senators up for re-election in 2020 will face particular pressure over their votes. 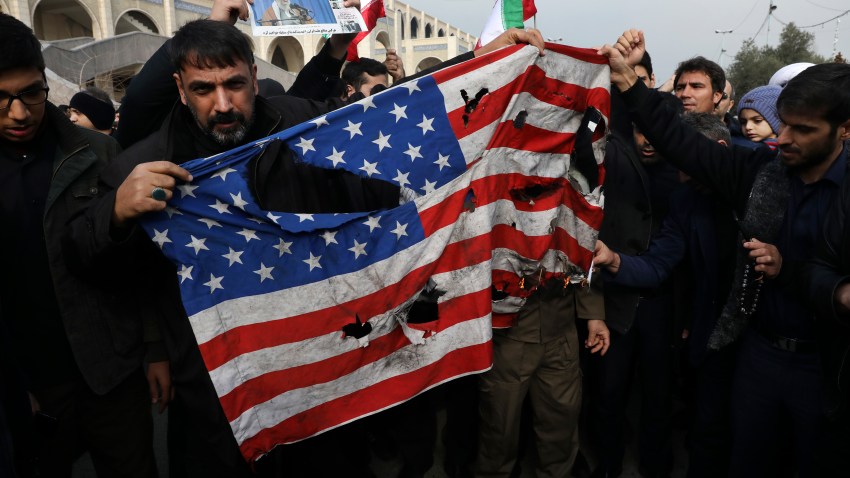 Cycle of Revenge: What’s Next After Killing of Iran General? 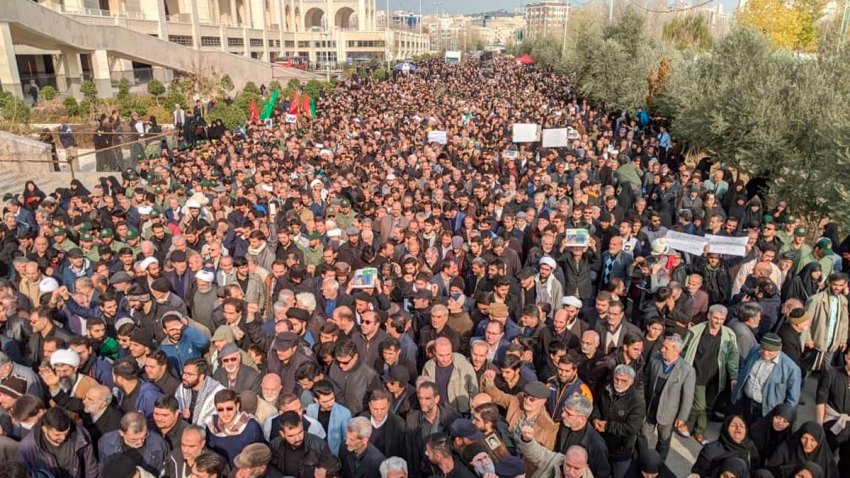 Trump wants not only acquittal in the trial but also vindication from his GOP allies.

The witnesses that Senate Democrats want to call refused to testify in the House proceedings under orders from the White House. They are Trump's former national security adviser John Bolton, acting chief of staff Mick Mulvaney and two other officials who were directly involved with Trump's decision to withhold the military assistance for Ukraine . Republicans, in turn, could try to hear from Biden or his son, Hunter Biden, who worked for an energy company in Ukraine while his father was vice president.

McConnell showed no signs of deviating from his opening stance. He defended his earlier remarks in which he said he would not be an ‘’impartial juror" in the trial and stuck with his plan to follow the process used during Bill Clinton's impeachment, in which the trial was convened and then votes were taken to decide if additional witnesses were needed.

The GOP leader suggested the Senate will carry on with its other business while it waits for the House to act. As if to emphasize that point, he set up a vote for Monday to advance a Trump nominee to run the Small Business Administration.

"We can't hold a trial without the articles," McConnell said. “So for now, we are content to continue the ordinary business of the Senate while House Democrats continue to flounder.”

The Constitution requires that the House and Senate convene on Jan. 3, though few lawmakers were in town for the perfunctory session. But the Senate leaders' remarks were being closely watched for signs of next steps amid the crisis in the Middle East after the U.S. killed a top Iranian general with airstrikes in Iraq.