30 states have now some form of the "stand your ground" self-defense law, and in a recent study its been associated with more deaths

The “stand your ground” self-defense law had been in effect in Florida for more than six years when it became part of the national vocabulary with the death of Trayvon Martin in 2012. When the 17-year-old was fatally shot, Florida was still one of the few states with the law that removes the duty to retreat before using deadly force in the face of danger.

Now, upward of 30 states have some form of the law and recent research indicates they are associated with more deaths — as many as 700 additional firearm killings each year, according to a study published this week in the journal JAMA Network Open.

The study found that stand your ground laws in those states could be associated with a national increase of up to 11% in homicide rates per month between 1999 and 2017. The largest increases, between 16% and 33%, were in Southern states including Alabama, Florida, Georgia and Louisiana, the study found.

“These findings suggest that adoption of ('stand your ground') laws across the U.S. was associated with increases in violent deaths, deaths that could potentially have been avoided,” the study's authors concluded.

Advocates for the laws, especially the National Rifle Association, have argued they act as a crime deterrent by ensuring a person can protect themselves and others against a would-be assailant.

Florida was first in the nation in 2005 to adopt such a law. It was in force when Martin was fatally shot by self-appointed neighborhood watchman George Zimmerman on Feb. 26, 2012. Martin was Black; Zimmerman had a white father and Hispanic mother.

The initial police report said Zimmerman called authorities to report a suspicious person, a guy who, he said, “looks like he’s up to no good.” He followed Martin despite instructions not to do so. In the confrontation that followed, Zimmerman would tell authorities, Martin attacked him, forcing him to use his gun to save himself. Zimmerman was allowed to go free.

Martin's parents questioned Zimmerman's version of events and eventually the news media and others picked up on the case. Zimmerman was arrested six weeks later after then-Florida Gov. Rick Scott appointed a special prosecutor to the case.

Zimmerman's lawyers opted not to pursue a “stand your ground” claim before trial, which could have resulted in dismissal of murder charges against him and immunity from prosecution. But the law was essentially used as his self-defense argument during the trial, which resulted in his acquittal.

Civil rights attorney Ben Crump, who was involved in the Martin case, called the Florida law “a virtual get-out-of-jail-free card that is essentially a license to kill.”

Today the battle rages. Gun-rights supporters argue people should not have to try to retreat before defending themselves, said Alan Gottlieb, founder of the Second Amendment Foundation. He pointed to a Florida homeowner who recently shot and killed a man suspected of shooting a police officer as the man tried to break into his house. While that case could have been covered by other self-defense laws, Gottlieb said “stand your ground” laws offer reassurance.

“It’s made a very big difference in self-defense situations,” he said.

Three new states passed laws last year removing the duty to retreat: Ohio, Arkansas and North Dakota, where its sponsor said the legislation “ensures someone will not have to run away prior to protecting themselves or their family.”

Six more loosened requirements to carry guns in public by removing the requirement to get a permit, the largest number of any single year. More than 20 states now allow permitless carry.

In the wake of last year's Black Lives Matter protests, Republican legislators in 22 states are considering tough new penalties against people who break the law while protesting — and some bills even offer protection to people who injure protesters. Civil rights groups argue that these new laws could chill First Amendment rights to protest. Sophie Quinton of The Pew Charitable Trusts explains how these new bills could affect advocacy going forward.

The U.S. Supreme Court also is expected to issue a ruling this session on whether New York's restrictive gun permitting law violates the Second Amendment right to “keep and bear arms.” The law’s defenders have said striking it down would lead to more guns on the streets of cities including New York and Los Angeles.

Gun control activists say the increasing presence of guns and laws like “stand your ground” are a deadly combination.

“Laws like ‘stand your ground,’ or shoot first laws, give people like Jordan’s killer, my son’s killer, the idea that you can shoot first and ask questions later,” said Rep. Lucy McBath, who entered politics after her son Jordan Davis was slain at a Florida gas station in 2012 by a white man who was angry over the loud music the Black teenager and his friends had been playing in their car. Michael Dunn used the “stand your ground” law in his defense, but was convicted and is serving a life sentence.

Likewise, Rovina Billingslea’s family has never been the same. Her cousin Jasmine McAfee, a mother of two, was killed at the hands of an intimate partner near Orlando about four years ago. The shooter was later acquitted under “stand your ground” law, leaving her family reeling.

“There was no justice, no closure, just pain,” Billingslea said.

There are new efforts to push back against the measures against a backdrop of rising gun violence: Lawmakers from 19 states have signed on to a new task force aimed at amending or repealing the laws, especially in Georgia, Kansas and Pennsylvania, as well as Florida. The push is backed by Everytown for Gun Safety and Moms Demand Action, whose founder Shannon Watts said they should be called “shoot first laws” since they differ significantly from other self-defense laws already on the books. 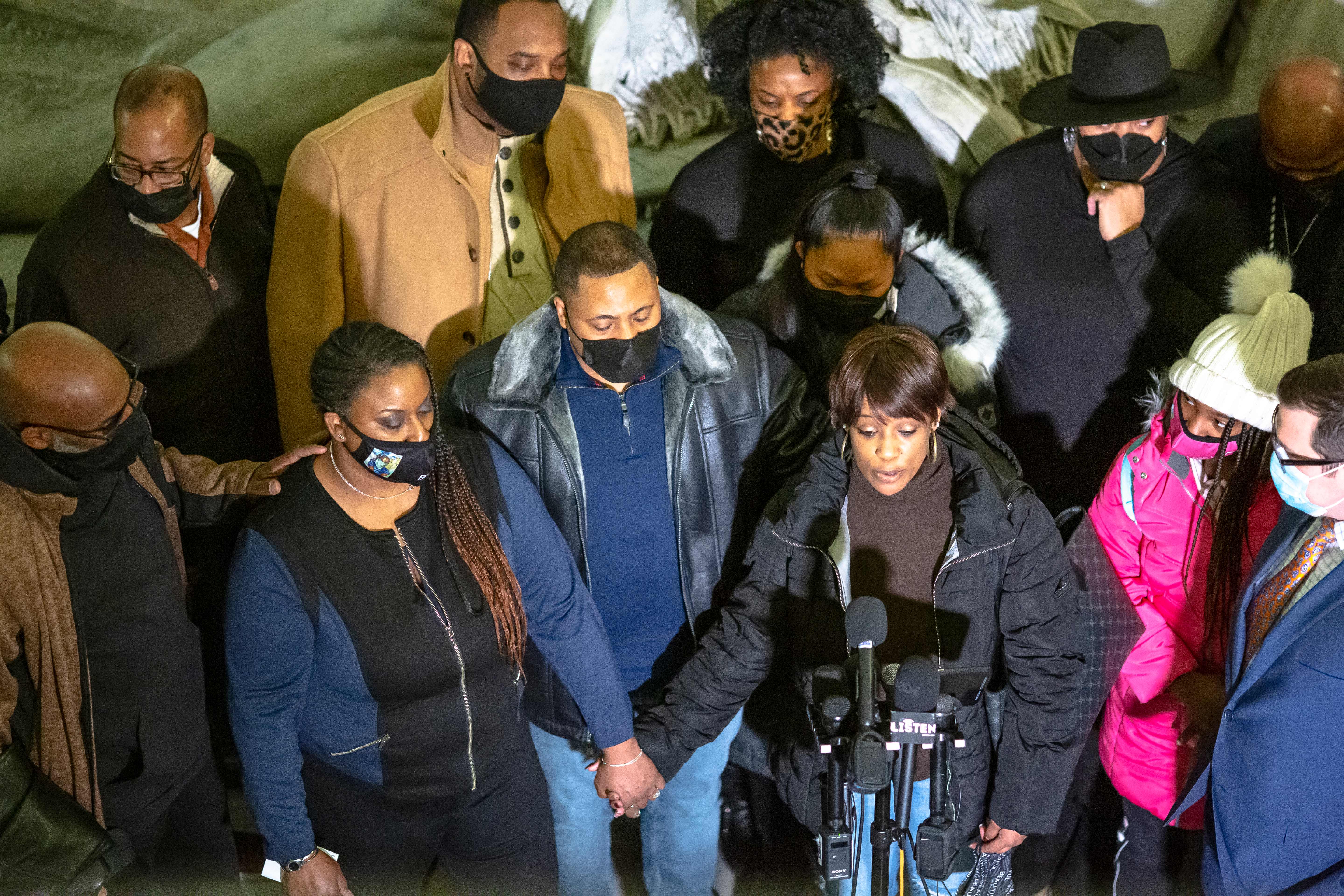 Since the Martin slaying, Florida has amended its “stand your ground” law to shift the burden of proof from the person claiming self-defense to the prosecutor handling the case.

Prosecutors and many police organizations have opposed the laws, contending they can protect criminals and hinder the ability to bring justice to fatal shootings.

“'Stand your ground' laws provide safe harbors for criminals and prevent prosecutors from bringing cases against those who claim self-defense after unnecessarily killing or injuring others,” said David LaBahn, president and CEO of the Association of Prosecuting Attorneys, in testimony to Congress.

In Florida, an ongoing trial in which a retired police captain is accused of murder in the 2014 shooting of a man inside a movie theater hinged initially on a “stand your ground” claim. A judge denied that claim for the former captain, Curtis Reeves, and that was upheld on appeal.

Reeves, however, is still claiming self-defense in the killing of Chad Oulson following a dispute over Oulson's use of a cellphone during movie previews. The shooting happened after Oulson tossed a bag of popcorn at Reeves.

So far, that has not qualified as a “stand your ground” defense.

“The evidence will show that's no reason to kill another person,” said Assistant State Attorney Scott Rosenwasser in an opening statement this week. “This was an intentional and purposeful shooting.”

This story corrects the name of the journal. It is JAMA Network Open, not the Journal of the American Medical Association.