Inmates from across the Texas prison system are starting to get some of the first sets of 3D-printed teeth ever made inside a U.S. prison

The first thing you notice about Richard Buehning is his salt-and-pepper beard.

Shaggy and thick, it covers his mouth -- and his lack of teeth. For the better part of two decades, that toothless grin has been a source of shame for the Texas prisoner. It made eating hard, and smiling awkward, until he grew a bush of hair to cover it up.

Now, he can finally shave it all off. Last month, the 63-year-old became one of the first prisoners to get 3D-printed teeth. Seven months after the Texas Department of Criminal Justice announced plans to launch a state-of-the-art denture clinic in response to a Houston Chronicle investigation, inmates from across the system are starting to get some of the first sets of 3D-printed teeth ever made inside a U.S. prison. 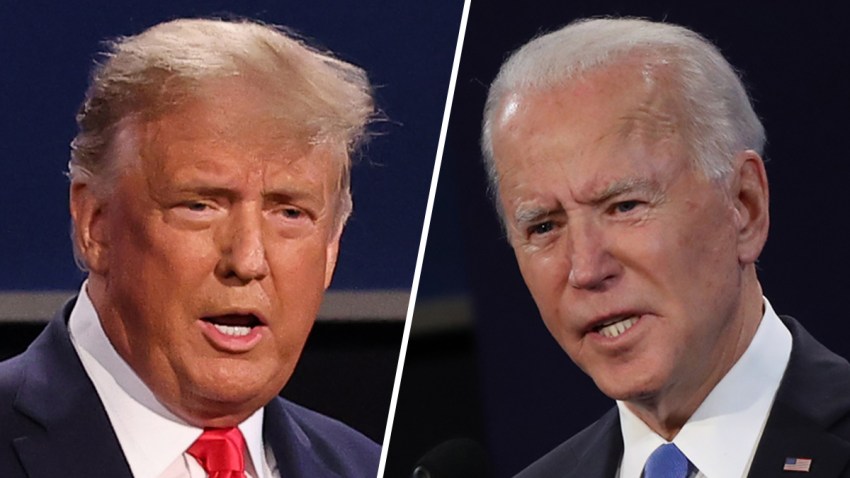 "With dentures there is esteem, and the mission of TDCJ is to rehabilitate the overall person," prison dentist Dr. Chad Taylor told the newspaper. "It's tough to go around without teeth."

So far, the new machines installed at the Goree Unit in Huntsville have printed just under a dozen dentures with plans to make a few hundred more in the coming months.

"The vast majority of folks who have been seen by this clinic so far have been without teeth for over a decade," said prison spokesman Jeremy Desel. "It's one of those things that people who have teeth I don't think can truly grasp the impact that it has."

From conception to execution, the Goree denture clinic came together with remarkable rapidity in a system not usually known for quick change. But the problem it addressed was more than a decade in the making.

Up until 2003, the Texas prison system routinely provided dentures for toothless inmates, through an in-house vocational program that made them on site. But, around the time the state's prisons came out from under federal oversight, that program ended for now-unclear reasons.

The following year the two prison medical providers -- the University of Texas Medical Branch and Texas Tech University Health Sciences Center -- ordered a total of 1,295 dentures. After that, the numbers fell sharply, to 518 in 2005 and 258 the next year.

By 2016, prison medical providers doled out only 71 dentures to a population of more than 149,000, including thousands of elderly and ailing inmates. By contrast, California -- the next-largest prison system -- gave 4,818 complete and partial dentures in 2016 to a population of just under 130,000 inmates, according to state data there.

In Texas, policy only allowed for dentures in situations of "medical necessity" -- and chewing didn't count. For the edentulous, officials instead offered an unappealing alternative: a blended diet of regular cafeteria meals pureed and served.

Over the course of a year-long investigation, more than two dozen inmates wrote letters or spoke to the Chronicle to detail the problem. Some said they'd had all their teeth removed with the false promise of dentures to come. Others lost them over time, or came in with dentures that broke, only to learn that the prison system wouldn't agree to replace them. Some filed grievances and request forms but were repeatedly denied, sometimes by staffers citing policies no longer in place, other times by dentists claiming they couldn't get teeth unless they became underweight.

Last year, both prison officials and medical staff defended the policy, and the blended meal alternative.

"There's this misunderstanding that dentures are the only way to be able to process food," Dr. Owen Murray, UTMB's vice president of offender services, said at the time. "And our ability to provide that mechanically blended diet is actually a better solution than the mastication and chewing process."

But following the Chronicle's coverage, prison officials promised change, vowing to update policies, hire a denture specialist, start a denture clinic and review all denture-related grievances from the past year to re-evaluate any prisoners who filed complaints. Two months later, the agency officials announced plans to become the first prison system to 3D-print dentures on-site.

On Beuhning's first visit, Taylor starts by taking initial molds. In a day or two, he'll have dentures in hand, ready for a fitting.

"We'll use a little dental pixie dust and they'll appear," Taylor jokes, with a genial bedside manner that seems unexpected behind the razor wire and brick walls.

Buehning watches the preparations skeptically, and Taylor hands him a pair of eye goggles. "We can't print you a new eyeball," he says with a laugh.

Using a pastel green silicone foam, the dentist takes imprints of Buehning's mouth, a rough mold first and then a more detailed version on a second pass.

"It smells like wood glue," Buehning says, wrinkling his nose.

The initial imprint-taking is basically the same as in old-fashioned denture-making, according to Taylor. But whereas a traditional process requires about five steps total -- some of which take days or weeks of back-and-forth with labs -- 3D printing condenses all that to a day or two.

Buehning's first visit will net three detailed molds: one of his upper gums, one of his lower gums and one showing how the two fit together when he bites.

He sits in the chair patiently, and in less than an hour, Taylor smiles and announces, "We're done."

The Goree Unit clinic can make four sets of teeth per day, Desel said. Toothless prisoners are shipped in from other units across the state for the procedure.

After mold-taking on the first day, inmates come back for a fitting once the teeth are made, and then they return at least two more times for adjustments before they're sent back to their regular unit. Though the first denture recipients were men, part of the reason for housing the clinic at Goree is that the unit has the capacity to house women for short periods of time.

Aside from being quicker, the 3D-printing process churns out a product that is sturdier and easier to replace if parts get lost or broken. And, it's cutting edge -- even in the free world, Taylor said, most dentists who offer 3D dentures don't print them on site.

"There's only four of the systems that we are using in the United States at all," Desel said, "and three are being operated by the U.S. military and the one that's here at the Goree Unit."

The initial equipment purchase came in at around $56,000, Desel said, but printing each set only costs around $60 to $70 each.

At the low end of the pricing spectrum, traditionally made dentures cost around $1,000 for a top or bottom set, according to the Healthcare Bluebook.

"You're saving money," Taylor said in a video, "with all the things that medically you're going to have to deal with as far as the long-term impact of these medical issues."

Plus, better chewing ability could mean better nutrition and fewer medical problems, he said, especially if prisoners are less likely to avoid crunchy fruits and vegetables.

When asked what food he's looking forward to most, it's not fried chicken or chips Buehning has most in his sights -- it's corn on the cob.

In a back hallway of the Goree medical building, a small machine in a plain office quietly spits out new dentures, one layer at a time.

The process is slow -- and there's not much to see.

"It's a little bit like watching paint dry," Taylor said. But that two-hour print-job is the end result of a high-tech design process that begins as soon the pastel molds come out of the prisoner's mouth.

The first step, handled by dental assistant JoAnn Duke, is to put the molds in a 360-degree scanner. The scans are then shipped off to a lab, which sends back a design in 24 to 48 hours.

Then, Duke uploads the file to the printer, makes a few adjustments, loads in the liquid resin and hits print.

"If you're familiar with 3D-printing of any sorts," Taylor said, "you know it puts down a thin layer, cures it, a thin layer and keeps stacking."

The teeth and gums are made separately because the resin used to print them is different colors; white for the teeth, and pink for the gums.

Once they're made, then comes the first fitting.

Initially, officials said they planned to have the 3D printers up and running by March. But the entire process required hiring a dentures specialist, reassigning a dental assistant, selecting the equipment and training staff to use it.

Officials also reevaluated grievances and other complaints filed by prisoners to figure out who might be a good candidate for dentures. That review process is still ongoing, Desel said, and after making teeth for a few hundred inmates in the first group selected for dentures, officials will reevaluate how to select candidates going forward.

Currently, prison and medical officials have still not updated the system's denture policy, so teeth are still only available in situations where it's deemed "medically necessary." For now, though, medical staff are simply interpreting that phrase more broadly than they did before.

It's not clear when there might be a formal policy update, and Desel said officials are reviewing best practices. In the meantime, that lag has been a source of some frustration for the dozens of prisoners who wrote to the Chronicle in recent months.

Some said medical staff told them any plans to 3D print dentures were "fake news" or "lies" and others repeatedly complained that they were still being denied teeth.

Desel acknowledged that there would be some kinks to work out in the coming months, including nailing down how many people get teeth and who, exactly, qualifies.

"All of that is a work in progress," he said. "All of this is evolving."

Minutes after Buehning hobbles out of the dental office with his cane, Bezaley Jackson strolls in. The Trinity County man already got his impressions made -- so now he's here to try out his new smile.

It's been a couple decades since Jackson has had enough teeth to chew. And even though he's been in prison for 14 years he never tried getting any until last year. At first, medical staff told him they didn't give out dentures, he said.

But months later, he got a surprise when officers told him to get in a van headed to Goree Unit so he could get fitted for dentures.

Now, he looks on apprehensively as Taylor pulls out a pink set of printed gums and a few rows of freshly-made teeth. For the next 45 minutes, the cheery dentist fits and refits Jackson's new dentures, figuring out where they pinch and shaving off bits accordingly.

Eventually, he glues in the teeth and uses an ultraviolet light to cure the adhesive. After a few adjustments, he slips them in Jackson's mouth.

"That's pretty much it," he declares, running through a few parting instructions before sending the 67-year-old on his way.

Before today, Jackson had only seen 3D-printed goods on TV; now, he has some in his mouth -- and it's enough to change his outlook on life.