The Fight Over Minimum Wage Has a Long History in the US. Here's What to Know About It

While the COVID-19 relief bill brought the $15 an hour minimum wage.

Looking back in history, the fight for a minimum wage has been full of political struggle and labor conflict. Here are some notable developments in U.S. history.

The Beginning of Federal Minimum Wage

The first state-level minimum wage law was passed by Massachusetts in 1912. Soon, other states followed suit over the next two decades. But the state laws were reversed by the Supreme Court in a case called Adkins v. Children’s Hospital of D.C., which ruled that a minimum wage violated employers’ and workers’ rights to liberty of contracts under the Fifth Amendment.

In 1938, at the height of the Great Depression, the first federal minimum wage was passed under Franklin D. Roosevelt. Congress passed the Fair Labor Standards Act to improve workers’ living condition and boost their purchasing power amid the colossal disruption in the American economy. The rate was set at 25 cents per hour, which is worth about $4 today.

Since then, Congress has raised the minimum wage 22 times under 12 different presidents. Most times, Democrats held a majority when Congress approved a minimum wage increase. The current level is at $7.25 an hour, set in 2009.

States and cities have the right to set their own minimum wage standards. Now, 29 states and D.C. have minimum wages above the federal level.

Since 1938, the federal minimum wage went up bit by bit every few years. However, the increase stopped in the 1980s, mostly under the Reagan administration. At the time, America ushered in a wave of conservative thinking that bolstered the idea of the free market. The argument against increasing minimum wage is that it would result in a decrease in jobs, because businesses would be less inclined to hire more workers.

“The minimum wage has caused more misery and unemployment than anything since the Great Depression,” Ronald Reagan said in 1980 about the Fair Labor Standards Act.

Reagan also suggested that employers should be able to pay young people at a rate lower than the federal minimum wage. He said that teenaged workers tend to be unskilled and a lower-than-minimum wage would help relieve the high youth employment rate, which was more than 18% in 1980. 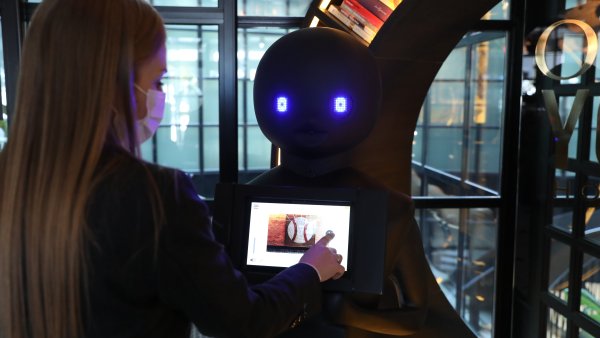 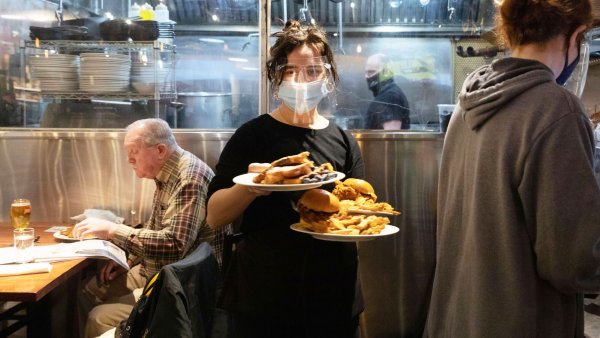 Leaving a Tip Is an American Custom. Why That's a Problem

The Fight for $15 Movement

In 1989, Congress passed an amendment to the 1938 law so that it applies only to businesses with a $500,000 annual revenue. It also mandates small retail businesses to pay its workers the minimum wage and overtime pay in any work week in which they either engage in commerce or make products that will be sold in another state.

In November 2012, a couple hundred fast food workers, backed by Service Employee International Union (SEIU), demonstrated under the banner of $15 in New York City. It marked the beginning of the Fight for $15 grassroots movement to demand a $15 hourly wage, a wage that people can live on.

At first, the demand to almost double the federal minimum wage was a fringe idea in Washington, even within the Democratic party. President Barack Obama endorsed a raise to $10.10 an hour in 2014. Hillary Clinton said that she favored a $12 an hour minimum wage in 2015, before endorsing the Fight for $15 effort shortly after.

The movement mainly focused at the state and city level. Seattle became the first city to adopt the $15 standard in 2014, following the victory of Ed Murray, a mayoral candidate backed by SEIU. New York and California, two large progressive states home to many of the members in the Fight for $15, also followed suit. Progressive activists then moved to moderate and conservative states like Illinois and Arizona. Since January 2014, 28 states and D.C. have raised their minimum wages.

Besides fighting on a local level, Fight for $15 also targeted big businesses like McDonald’s, Walmart, and Target.

Now, the movement has long extended beyond fast food and retail. A $15 an hour minimum wage nationwide has become a mainstream idea widely embraced by the Democrats.

What is Happening Now?

The most recent debate about federal minimum wage sees a divide among three camps, not conforming expected ideological or business groupings.

As for the long-held belief that a raise in minimum wage would kill jobs, the Congressional Budget Office said in February that a rise in the minimum wage to $15 an hour would result in 1.4 million job losses by 2025. Other studies have shown mixed results. Some even indicate that higher minimum wages increase employment.

That Congressional Budget Office assessment also estimated that raising the minimum wage would lift 900,000 people out of poverty.

Since the beginning of 2021, 20 states have raised minimum wages. Many fast-food and retail giants, including McDonald’s, Amazon, Target, and Costco have committed to paying workers at least a $15 minimum wage.

But the fight for higher pay and labor rights continues. Experts say the new battlegrounds could lie in hero pay, tipped minimum wage, and joint employment.

The pandemic has highlighted how many people in America are living close to the financial edge. For years, working one full-time job has not been enough for many minimum wage workers to get by. Should a full-time job in America guarantee a living wage? NBCLX storyteller Cody Broadway explores how the system is working against our essential workers.