The Nagorno-Karabakh Conflict: Why Armenia and Azerbaijan Are Fighting Again

A 1994 cease-fire left Armenian and Azerbaijani forces facing each other across a demilitarized zone, where clashes were frequently reported

The mountainous region of Nagorno-Karabakh, where deadly new fighting has erupted in recent days between Armenian and Azerbaijani military forces, has been in a tense limbo since a 1994 truce. The conflict reignited Sept. 27 and has killed scores of troops and civilians on both sides.

Iran, which borders both countries, said it was working on a peace plan in the decades-old conflict, but it also warned against any fighting spilling into its territory. Turkey, meanwhile, sent its top diplomat to the capital of Azerbaijan on Tuesday to show solidarity with that country. Turkish Foreign Minister Mevlut Cavusoglu criticized calls for a truce and urged the international community to stand by Azerbaijan, saying that previous cease-fires had failed to end what he called Armenia’s occupation of the Azerbaijani territory.

The Associated Press explains what’s behind the long-unresolved conflict:

WHAT AND WHERE IS NAGORNO-KARABAKH?

Karabakh is a region within Azerbaijan that has been under the control of ethnic Armenian forces and the Armenian military since the 1994 end of a full-scale separatist war that killed about 30,000 people and displaced an estimated 1 million.

Nagorno-Karabakh proper has an area of about 4,400 square kilometers (1,700 square miles) — about the size of the U.S. state of Delaware — but Armenian forces occupy large swaths of adjacent territory.

HOW DID THE CONFLICT START?

Long-simmering tensions between Christian Armenians and mostly Muslim Azeris began boiling over as the Soviet Union frayed in its final years. Once the USSR collapsed in 1991 and the republics became independent nations, war broke out.

A 1994 cease-fire left Armenian and Azerbaijani forces facing each other across a demilitarized zone, where clashes were frequently reported.

The conflict has been an economic blow to the Caucasus region because it has hampered trade and prompted Turkey to close its border with landlocked Armenia.

Fighting periodically breaks out around Nagorno-Karabakh’s borders, often deadly, notably in 2016 and this July. Since new fighting erupted last month, dozens have been killed and wounded in apparent shelling by both sides. Each country blamed the other for sparking the clashes.

Armenia accused Azerbaijan of firing missiles into the capital of the separatist territory of Nagorno-Karabakh, while Azerbaijan said several of its towns and its second-largest city were attacked.

In addition to causing local casualties and damage, the conflict in the small, hard-to-reach region is also of concern to major regional players.

Orthodox Christian Russia is Armenia’s main economic partner and has a military base there, while Turkey has offered support to Azerbaijanis, ethnic brethren to Turks and fellow Muslims. Iran neighbors both Armenia and Azerbaijan and is calling for calm.

Meanwhile, the United States, France and Russia are meant to be guarantors of the long-stalled peace process, under the auspices of the Vienna-based Organization for Security and Cooperation in Europe. In a joint statement, the three countries called for a ceasefire and urged Armenia and Azerbaijan to “commit without delay to resuming substantive negotiations, in good faith and without preconditions” under what is called the Minsk process.

In California, home to the nation's largest population of Armenian immigrants, expats have taken to the streets to call attention to the conflict and demand the U.S. government do more to intervene, NBC Los Angeles reports.

"We demand that our government in Washington engage immediately and aggressively to bring an end to this violence, and to hold the Azeri and Turkish governments fully accountable for these crimes,'' said Los Angeles City Councilman Paul Krekorian, who is of Armenian decent and said his children were "christened'' in that country. 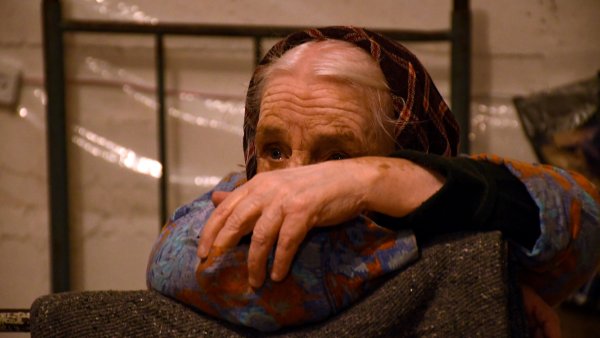 Azerbaijan and Armenia Brush Off Suggestion of Peace Talks

WHY IS TURKEY SUPPORTING AZJERBAIJAN?

Turkey and Azerbaijan are bound by strong ethnic, cultural and historic ties and refer to their relationship as being one between “two states, one nation.” Turkey was the first country to recognize Azerbaijan’s independence in 1991 after the collapse of the Soviet Union, and the two have forged robust economic ties. Turkey is the main conduit for Azerbaijan’s oil and gas exports, and the ex-Soviet republic has become a major investor in Turkey.

On the other hand, Turkey has no diplomatic relations with Armenia and sealed its border with the nation in 1993 to show solidarity with Azerbaijan over Nagorno-Karabakh. Relations between Armenia and Turkey already were tenuous due to the the mass killings and deporations of Armenians by Ottoman Turks a century ago, Scholars consider those events to be the first genocide of the 20th century, which Turkey denies.

In 2009, Turkish President Recep Tayyip Erdogan stepped back from reconciliation efforts with Armenia that had angered Azerbaijan. Erdogan made the establishment of formal ties with Armenia conditional on its withdrawal from Nagorno-Karabakh.

HOW IS TURKEY INVOLVED IN THE CONFLICT?

Turkey’s military has been training Azerbaijani officers for decades. In August, their armed forces conducted large-scale military exercises in Azerbaijan. Turkey is also Azerbaijan's third-largest supplier of military equipment after Russia and Israel. It is known to have sold drones and rocket launchers, according to Ozgur Unluhisarcikli, Ankara director of the German Marshall Fund. Turkey may have sent military drone operators to help Azerbaijan in the current fighting, he said.

Turkey has repeatedly said that it would come to Azerbaijan’s aid, if asked, but there is no evidence so far that Turkey is actively involved in the conflict. Ankara has asserted that Azerbaijan has the capacity to fight without Turkish support.

The Turkish government has denied sending Syrian mercenaries to help Azerbaijan in the battle even though the Britain-based opposition war monitor, the Syrian Observatory for Human Rights, reported that as many as 850 Syrian fighters have arrived in Azerbaijan.

Turkey has also dismissed as “propaganda” claims by Armenia that a Turkish F-16 fighter jet shot down an Armenian SU-25 jet.

Turkey’s military involvement in the conflict for now is “more rhetoric than substance,” Unluhisarcikli said.

WHAT IS RUSSIA'S POSITION?

Although Russia and Armenia do not share a border, Armenia is a close Russian ally of Russia in the Caucasus region between the Black and Caspian seas, including hosting a large Russian military base. The base, with a garrison of about 3,000 soldiers, is in Gyumri, about 200 kilometers (124 miles) west of Nagorno-Karabakh and less than 10 kilometers (6.2 miles) from the Turkish border.

Armenian Prime Minister Nikol Pashinian has characterized the base as a key bulwark against a possible Turkish invasion.

Armenia and Russia are members of the Collective Security Treaty Organization, a military alliance of some former Soviet republics, not including Azerbaijan, raising the possibility that Armenia could call for military help from the alliance. Pashinian this week said he does not see an immediate need for calling on Russian forces to take action.