Treasury Secretary: Abortion Ban Would Hurt US Economy and ‘Set Women Back Decades'

Treasury Secretary Janet Yellen's appearance before a Senate committee took an unexpected and tense detour into the abortion debate Tuesday when senators questioned her about the potential impact of an abortion ban on the American economy.

“I believe that eliminating the right of women to make decisions about when and whether to have children would have very damaging effects on the economy and would set women back decades,” Yellen said in response to a question from Sen. Bob Menendez, D-N.J. He had introduced the topic with a question on how an abortion ban could financially harm women.

She continued, "Research also shows that it had a favorable impact on the well-being and earnings of children. There are many research studies that have been done over the years looking at the economic impacts of access or lack thereof to abortion, and it makes clear that denying women access to abortion increases their odds of living in poverty or need for public assistance.”

Yellen's answer drew a sharp response from Sen. Tim Scott, R-S.C., who asked her, "Did you say that ending the life of a child is good for the labor force participation rate?”

“I think people can disagree on the issue of being ‘pro-life’ or ‘pro-abortion’ — but framing it in the labor force participation rate feels callous to me,” he said, adding that the conversation “to me seems harsh.”

Yellen responded: “It means that children will grow up in poverty and do worse themselves. This is not harsh. This is the truth.”

She continued by saying an abortion ban “deprives them of the ability to continue their education,” and those impacted are most commonly young Black women. 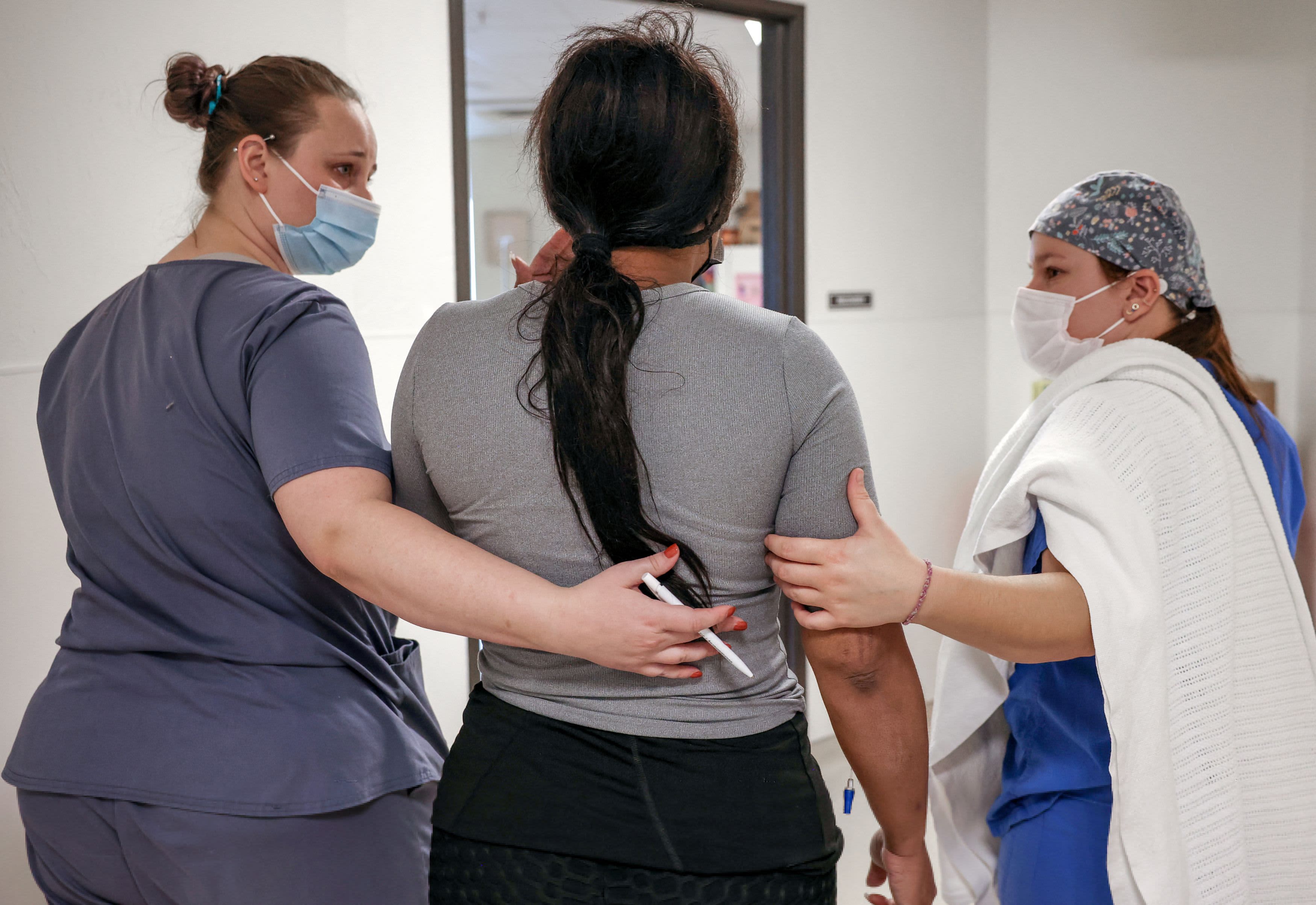 An Oklahoma Abortion Clinic Was a Safe Haven for Women Fleeing Texas Ban. It Will Shut Down If Roe Falls The line of questioning at the Senate Banking, Housing and Urban Affairs Committee came after a Supreme Court draft opinion leaked last week that suggests the court is poised to throw out the landmark Roe v. Wade abortion rights ruling that has stood for a half-century.

The hearing also touched on inflation, sanctions imposed on Russia and rising energy costs. Yellen said the U.S. “is focused on everything we can do to bring inflation down."

The abortion issue came up multiple times. Sen. Steve Daines, R-Mont., said he disagreed with Yellen's perspective, and offered his own economic analysis.

“I look at low birth rates and an aging population,” he said, arguing that there are negative economic impacts from abortion.

A number of economic analyses indicate that limitations on access to abortion can negatively impact people financially and in other ways.

States and the Department of Justice are waging court battles over the right to abortion that the Supreme Court outlined in Roe v. Wade. But in 1992, Planned Parenthood v. Casey, a key case that was less widely known, paved the way for some abortion restrictions - as long as they didn't meet the definition of an "undue burden." With help from Florida State law professor Mary Ziegler, we break it down in this LXplanation.

Sarah Miller, a researcher at the University of Michigan, authored a paper with two others on the impact of abortion restrictions. The trio evaluated data on women who sought abortions at 30 clinics in 21 states but were turned away because they were past the clinics' gestation limit. Two-thirds ended up giving birth.

“As we show in our paper,” Miller said, an abortion ban “will have pretty severe economic consequences for women to keep their head above water,” adding that “there could also be physical and mental health consequences.”

Committee chair Sherrod Brown, D-Ohio, ended by saying that if Roe v. Wade were overturned, every woman's decision to determine her reproductive future and health would be “handed over to politicians.”