“Last night, we stopped an attack on a great monument, the monument of Andrew Jackson in Lafayette Park"

As anti-racism demonstrators vandalize and topple monuments across the country, the president is threatening arrests and prison time. He said he will soon issue an executive order to protect monuments.

President Donald Trump said in tweets Tuesday that anyone who vandalizes a monument on federal land can be arrested and face as much as 10 years in prison. He said he authorized federal officials to retroactively punish anyone who has already damaged a monument.

Federal law already says anyone who vandalizes monuments to members of the U.S. armed forces can be punished with 10 years in prison.

Protesters tried to tear down a statue of Andrew Jackson in a park near the White House Monday night but were met with officers in riot gear who used pepper spray against them.

Jackson enslaved scores of people and his ruthless treatment of Native Americans has made monuments to him a target for demonstrators protesting the United States’ legacy of racial injustice.

A chaotic Monday night turned into a tense Tuesday, with clashes between law enforcement and police expected to extend into the night.

“Last night, we stopped an attack on a great monument, the monument of Andrew Jackson in Lafayette Park," Trump said in remarks to reporters Tuesday.

He said an executive order would unify protections of monuments. He called people who tried to topple the Jackson statue "vandals," "anarchists" and "agitators."

"They’re bad people. They don’t love our country and they’re not taking down our monuments," he said.

There were intense moments near the White House Monday as protesters tried to take down a statue of Andrew Jackson in Lafayette Square. News4's Shomari Stone reports.

Demonstrators were able to scale the bronze statue in Lafayette Square and wrap ropes around it, chanting “Hey, hey, ho, ho, Andrew Jackson’s got to go.”

U.S. Park Police officers with batons and protective shields moved the crowd back before they were able to take the statue down. The federal law enforcement officers used pepper spray, the National Park Service confirmed. Many demonstrators frantically tried to clear their eyes of the irritant. There were reports that rubber bullets were fired at least once.

Four D.C. police officers were hurt Monday evening while they tried to clear tents near Lafayette Square, police said. A large group of demonstrators set up the tents along the 1400 block of H Street NW. Some protesters threw objects at officers while they tried to remove the tents, leaving them with non-life-threatening injuries.

D.C police arrested two men during the unrest near the White House, they said Tuesday. Dean Ali, 32, of no fixed address, and Reginald Earl Guy, 37, of Southeast D.C. were both charged with assaulting an officer.

D.C. officers wearing protective gear walked along H Street in a line Tuesday morning with their batons across their chests. They moved out demonstrators who had set up tents and encampments near Black Lives Matter Plaza. An irritant spray was used on at least one person, News4 witnessed.

Some demonstrators remained near the White House overnight. Crews installed concrete barriers near Black Lives Matter Plaza early Tuesday, replacing plastic barricades as officials prepared for the possibility of another move against the statue.

Protesters and police squared off Tuesday in front of St. John’s Episcopal Church. People there said officers began to push them back with no warning. For weeks, the church allowed groups to use their grounds to provide supplies, first aid and water to protesters and sometimes officers too.

“We were just trying to do protest in peace,” participant Luis Rivera said.

By pushing protesters back, police thwarted attempts by protesters to turn the area into an autonomous zone free of police. Though they were moved on Tuesday, they said they weren’t going anywhere.

“We’re not being heard and what we’ve been doing, the protests, it’s not working,” Rivera said. “We’ve got to step it up another notch.” 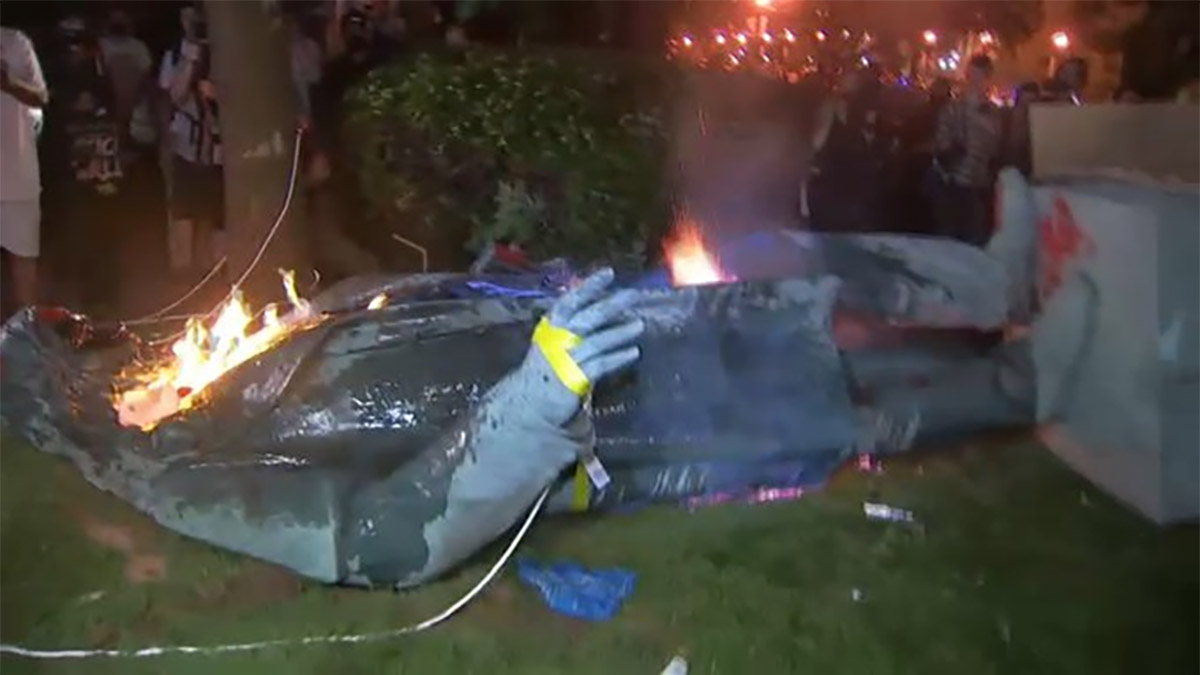 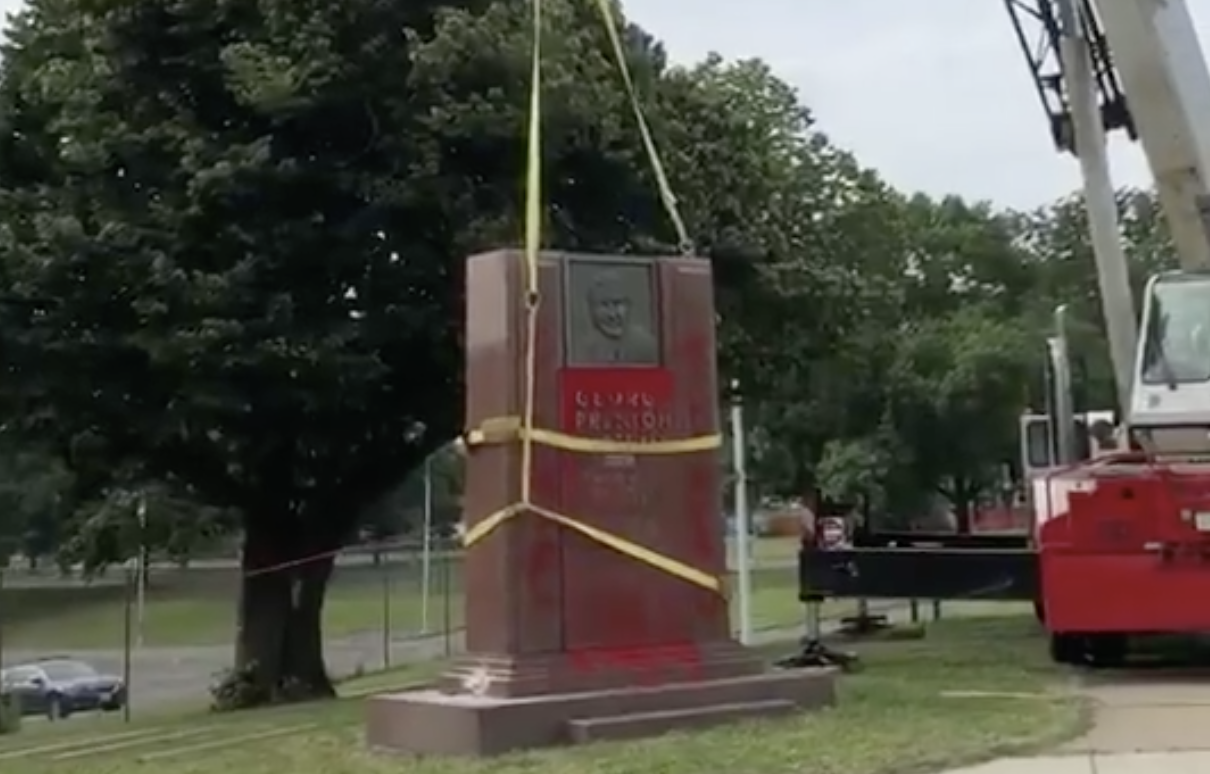 Trump tweeted Tuesday that anyone who tries to create an “autonomous zone” in D.C. will be “met with serious force.”

Graffiti on plywood near the White House Monday night said “Black House Autonomous Zone” and “BHAZ The Fight for Black Lives/Futures,” in apparent references to the so-called Capitol Hill Autonomous Zone, or CHAZ, that protesters have cordoned off in Seattle’s Capitol Hill neighborhood. The area in Seattle covers about six blocks, NBC News reported. Officials ordered protesters to leave the area Monday after a pair of weekend shootings left one person dead and two injured.