The prime ministers of Poland, the Czech Republic and Slovenia traveled to the embattled Ukrainian capital of Kyiv and met with President Volodymyr Zelenskyy on Tuesday in a show of support for Ukraine even as bombardment by the Russian military edged closer to the center of the city.

The three leaders went ahead with the hours-long train trip despite worries within the European Union about the security risks of traveling within a war zone.

“It is here, in war-torn Kyiv, that history is being made. It is here, that freedom fights against the world of tyranny. It is here that the future of us all hangs in the balance,” Poland’s Prime Minister Mateusz Morawiecki said on Twitter.

The long journey over land from Poland to Kyiv by Morawiecki, Poland's deputy Prime Minister Jaroslaw Kaczynski and Prime Ministers Petr Fiala of the Czech Republic and Janez Jansa of Slovenia sent the message that most of Ukraine still remains in Ukrainian hands.

But underlining the deteriorating security situation in Kyiv, a series of strikes hit a residential neighborhood in the city again on Tuesday.

Zelenskyy posted a video on Facebook of him sitting around a table with the leaders briefing them on the war’s developments. After the meeting, he said he was sure “with such friends” Ukraine would be able to defeat Russia.

“And most importantly, we absolutely trust the leaders of these countries and, therefore, when we speak of security guarantees, of our future in the European Union, or speak of sanctions policy, we know 100% that everything we are discussing will really lead to that positive goal for our country, for our security and for our future,” Zelenskyy said.

Fiala said the main purpose of the visit was to tell Ukraine it is not alone.

The Central European leaders said they were on an EU mission. But officials from the 27-nation bloc insisted that the trio had undertaken the trip independently.

All three countries were once part of the communist bloc and now belong to both the EU and NATO.

Jansa described the visit as a way to send a message that Ukraine is a European country that deserves to be accepted one day into the EU. Two weeks earlier, Zelenskyy made an emotional appeal to the European Parliament on that very subject. 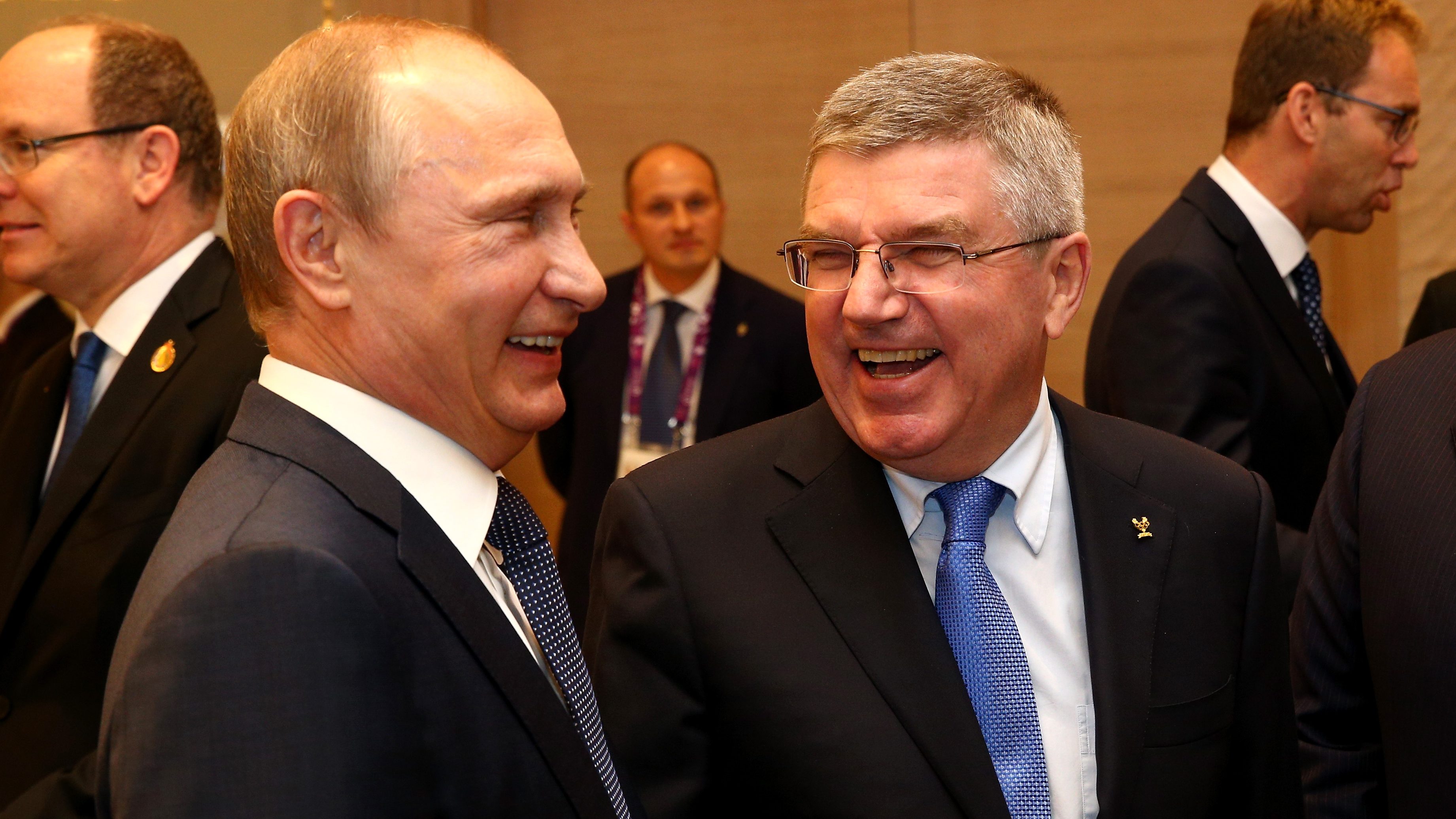 Russia Invasion of Ukraine Upends Olympic ‘Neutrality' — If It Existed

“We are fighting also to be equal members of Europe," Zelenskyy told EU lawmakers on March 1. "I believe that today we are showing everybody that is what we are.”

Jansa said the war has awoken Europeans to idea that the bloc represents fundamental ideas that are under threat — and which Ukrainians are defending with their lives.

"Thank you for not only defending your homeland and Europe as a territory, but for defending the very core of European values and our way of life. Your fight is our fight and together we will prevail,” tweeted Jansa, a right-wing populist friendly with Hungarian Prime Minister Viktor Orban.

Jansa, 63, served as defense minister during the small state’s brief and successful uprising against the Yugoslav army when Slovenia declared independence in 1991. Lately, he has been comparing Ukraine's resistance to Slovenia's uprising against a much stronger enemy.

The presence in Kyiv of Kaczynski, Poland’s de-facto leader, carried a symbolic significance. He is the twin of the late President Lech Kaczynski, who died in a plane crash on Russian soil in 2010 along with 95 other Poles, among them political and military leaders, as they traveled to commemorate Poles executed by the Soviet secret police during World War II.

A Polish investigation determined that the crash was an accident caused by fog and pilot error. Still, Kaczynski, 72, has long suspected that Russian President Vladimir Putin had a role in provoking the accident, a suspicion that has not been proven.

Morawiecki said on Facebook that the visit was agreed by the EU and that the United Nations was also informed. Yet in Brussels, officials said they had been informed of the visit but characterized it as one taken independently into a war zone.

NATO Secretary-General Jens Stoltenberg, who was asked about the visit, didn't endorse it outright but said “I think it is important that leaders of NATO countries, of European member states, are engaging closely with President Zelenskyy.”

The visit had been planned for several days but was kept secret for security reasons, said Michal Dworczyk, chief of staff for Morawiecki.

Shortly before dawn and hours before the leaders were due in Kyiv, large explosions thundered across the city from what Ukrainian authorities said were Russian artillery strikes. The shelling ignited a huge fire and a frantic rescue effort in a 15-story apartment building. At least one person was killed and others remain trapped inside.

Shock waves from an explosion also damaged a downtown subway station in Kyiv that has been used as a bomb shelter. City authorities tweeted an image of the blown-out facade, saying trains would no longer stop at the station.

Before his departure, Morawiecki on Facebook recalled how the Lech Kaczynski had made a visit to the capital of Georgia in 2008 when that ex-Soviet country was under attack from Russia.

He quoted President Kaczynski, who said at the time in Tbilisi: “Today Georgia, tomorrow Ukraine, the day after tomorrow the Baltic states, and then maybe it’s time for my country, for Poland.”