Ukrainians Already in US Mobilize to Prepare for Up to 100,000 Inbound Refugees

As the United States prepares to accept up to 100,000 Ukrainian refugees following Russia's invasion of their country, existing communities in cities like Sacramento and Seattle are already mobilizing to provide food, shelter and support to those fleeing the war.

The federal government hasn't said when the formal resettlement process will begin, but Ukrainian groups in the U.S. are already providing support to people entering the country through other channels, including on visas that will eventually expire or by flying to Mexico and crossing over the border.

“No refugee is waiting for you to be ready for them," said Eduard Kislyanka, senior pastor at the House of Bread church near Sacramento, which has been sending teams of people to Poland and preparing dozens of its member families to house people arriving in California.

Since the war began in late February more than 4 million people have fled Ukraine, the U.N. estimates, and millions more have been displaced within the country. President Joe Biden said last week that the U.S. would admit up to 100,000 Ukrainian refugees and provide $1 billion in humanitarian assistance to countries affected by the exodus.

The federal government has yet to provide a timeline for refugee resettlement — often a lengthy process — or details on where refugees will be resettled. It’s unlikely the United States will see a massive influx of Ukrainians on charter and military flights like happened with Afghan refugees last year. 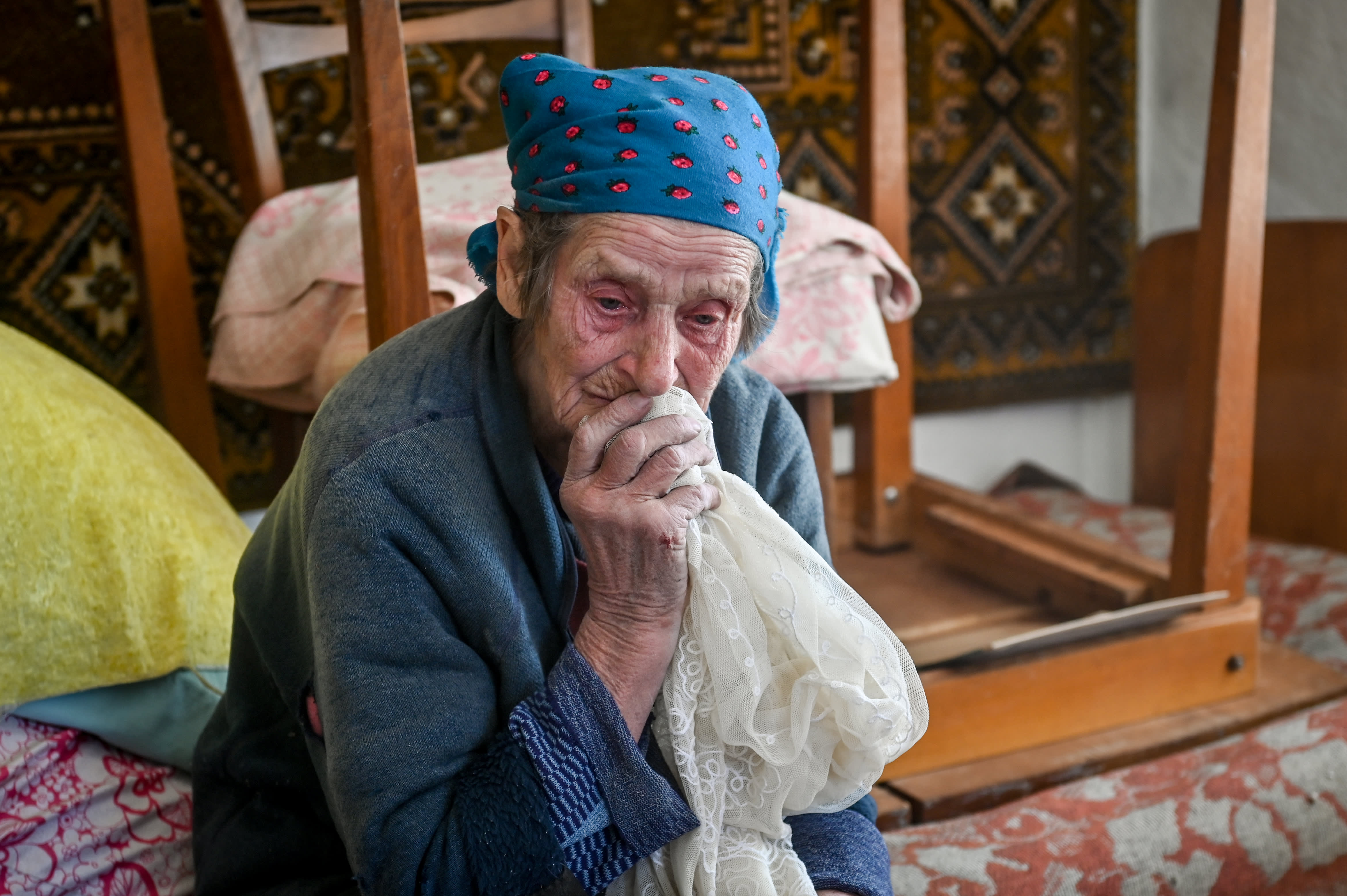 Portraits of War: See How the Attack on Ukraine Has Affected Its People 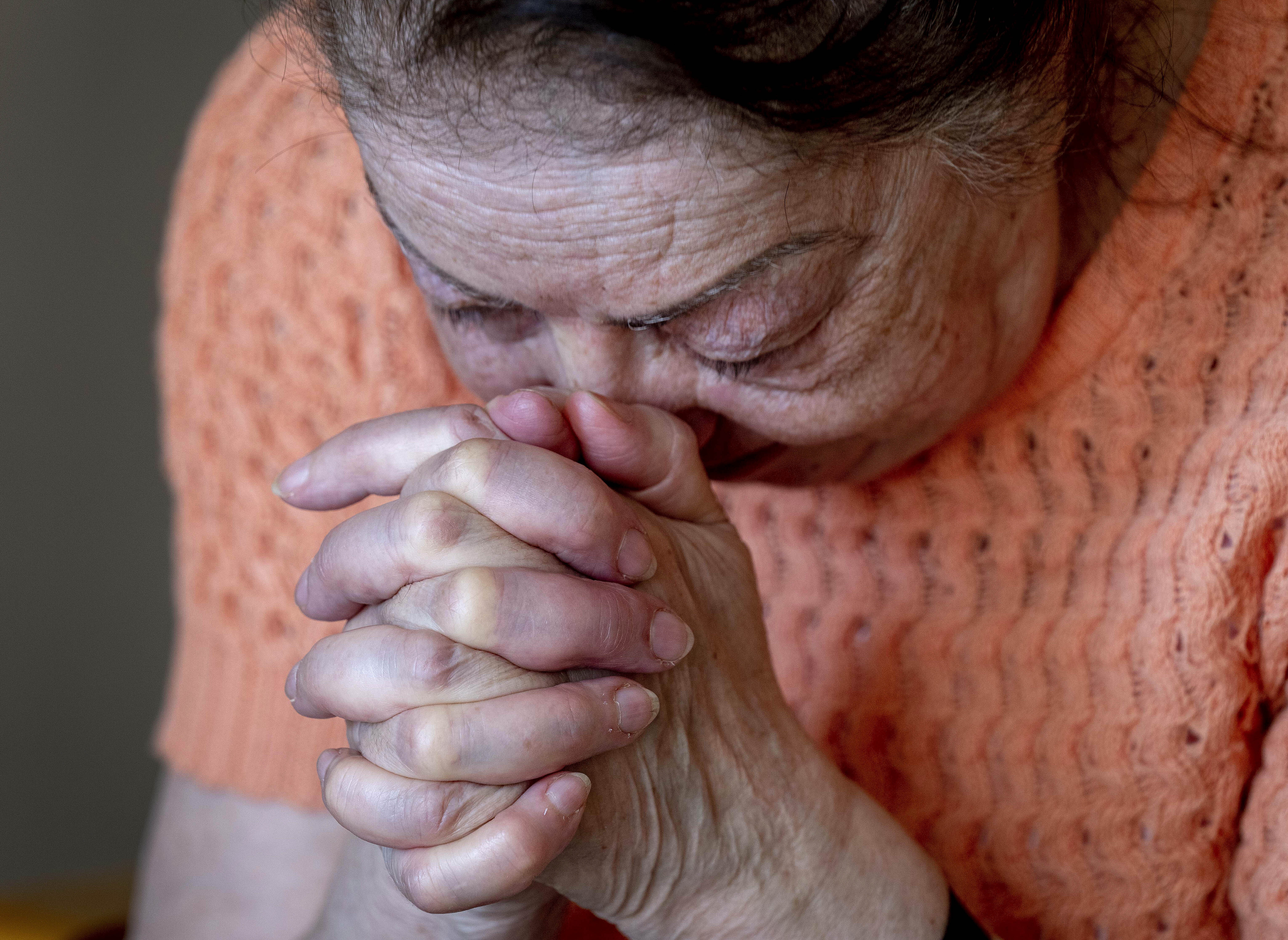 Krish O’Mara Vignarajah, president of Lutheran Immigration and Refugee Service, said the White House commitment of accepting up to 100,000 Ukrainians does not come with a minimum. Aside from the refugee resettlement program, their main avenues will be seeking humanitarian parole and appearing at the border with Mexico, she said.

Many who reach the United States will likely go to cities that already have strong Ukrainian communities.

The Sacramento region is home to the highest concentration of Ukrainian immigrants in the country, with about 18,000 people, according to census data analyzed by the Migration Policy Institute. The Seattle, Chicago and New York City areas are also hubs.

Word is spreading about the resources available in Sacramento, where churches like House of Bread are connecting Ukrainians who have already arrived with host families who can offer shelter and help access government resources and transportation. Kislyanka called the church's actions a “stop gap" measure designed to help as people await more clarity about the formal government resettlement process.

“Most of these people do not have any relations, like they don't know anybody here," said Kislyanka, who came to the U.S. as a child in the early 1990s. “Having somebody who can help them navigate the cultural shock and navigate the system ... it just makes things a lot easier and smoother."

Sacramento has been a destination for Ukrainians since the late 1980s and early 1990s when many of those arriving were Christians taking advantage of a U.S. law offering entrance to anyone escaping religious persecution in the former Soviet Union.

Another wave of refugees began arriving after Russia's initial invasion of Ukraine in 2014. Of the 8,000 Ukrainians resettled by the organization World Relief since then, 3,000 have come to Sacramento, said Vanassa Hamra, the group's community engagement manager in Sacramento.

Beyond the dozens of Slavic churches in the Sacramento region, there are schools that serve mainly Ukrainian and Russian students. Eastern European grocery stores and restaurants offer favorite foods like borscht, a type of beetroot soup, and varenyky, a boiled dumpling. Businesses started by Ukrainians try to hire others from their country.

All of that makes it easy for younger people to maintain a sense of connection to their heritage and for older immigrants to adapt without having to become fluent in a new language and culture.

“It's very easy when you come here. Every door, it's open for you," said Oleksandra Datsenko, who came to the U.S. six years ago and works as a waitress at Firebird Russian Restaurant, which serves Eastern European fare in a Sacramento suburb.

Since Russia invaded Ukraine in late February, the U.S. has admitted few refugees despite almost 3 million people fleeing the country. One of them, 36-year-old Misha Pishak, successfully made it to New York City earlier this month, thanks to a work visa issued two years ago. He recalled his weeklong journey and what it was like to leave his parents behind to NBCLX storytellers Ngozi Ekeledo and Mackenzie Behm.

Valeriy Goloborodko, who immigrated to Southern California in 2006, wanted to return to Ukraine until he settled with his wife in the Seattle area. There, he found a thriving Ukrainian community and went on to become the country's honorary consul in Seattle in 2015, helping organize an annual festival where as many as 16,000 people a day would show up to feast on traditional food, listen to Ukrainian musicians and wear traditionally embroidered clothing.

“The Ukrainian community in Washington helped me to feel like I was at home — and this is my home now,” Goloborodko said. “We feel like this is a Little Ukraine.”

Since the invasion, Goloborodko and others in the Washington state Ukrainian community have lobbied hard for support from state officials. Democratic Gov. Jay Inslee has vowed that Washington will welcome Ukrainians fleeing the violence. The Legislature has set aside nearly $20 million to help pay anticipated costs of housing, job training, health care and legal aid for Ukrainian refugees. The Port of Seattle has promised to help welcome the refugees at Seattle-Tacoma International Airport, where they can begin to be connected with services.

In Sacramento, meanwhile, the state's housing crisis could prove challenging as resettlement and community organizations look for lodging for new arrivals. Like much of California, the region is facing a housing crunch with limited supply and rising rents.

“People are coming here; we can help them; we can provide something. But it’s going to get swamped so quick,” said Kislyanka, the head pastor at House of Bread.

The International Rescue Committee's Sacramento branch has an affiliated immigrant welcome center that's already assisting people who entered the country illegally, said Lisa Welze, director of IRC Sacramento. Many are nervous to engage with resettlement agencies but in need of resources — particularly housing — as well as help navigating the immigration system to see if they can find a legal path to stay.

As for when the more formal resettlement process will begin, “we've been told we just need to wait," Welze said.