Unemployment, Working From Home: How the Pandemic Could Impact Your 2020 Taxes

It’s the time of year to start thinking about taxes — but the upcoming filing season is going to be a bit trickier for many Americans due to rampant unemployment, working from home and general upheaval due to COVID-19.

Here are a few pandemic specific conditions — good and bad — to be aware of.

Will Unemployment Be Taxed in 2020?

Unemployment benefits are taxable income, which tax experts say may surprise some filers.

Workers are not required to have federal taxes withheld from their benefit payments. While people have the option to have the tax withheld, many do not.

It’s worth noting that unemployment benefits are all subject to federal taxes but not all states tax it.

Taxpayers who unintentionally do not include unemployment income on their taxes could face a tax bill, penalties or interest charged by the IRS, said Mark Steber, Jackson Hewitt’s chief tax information officer.

The drop in income from job loss could mean some households are eligible for deductions and credits that they did not qualify for in the past, such as the earned income tax credit or child and dependent care credit, said Lisa Greene-Lewis, a CPA and tax expert at TurboTax. The size of some credits may also change based on income.

As part of the CARES Act, a relief package passed early in the pandemic, millions of Americans were given payments of $1,200 per adult and $500 per child. At last count, the IRS said 160 million payments totaling about $270 billion have been delivered by direct deposit, paper check or prepaid debit card.

That money is not taxable.

However, what many people do not realize is that the money they received is actually an advanced payment on the Recovery Rebate Credit for 2020 tax filers, said Dina Pyron, Global TaxChat Leader at Ernst & Young.

As such, people who did not receive their payment or only got a partial payment can resolve this issue on their 2020 taxes when they file. If you were overpaid, you will not owe.

Also, if you did not get a relief check because your income was too high, but it has since fallen in 2020 and made you eligible, you also can get the payment via this credit.

Economic experts are warning that President Trump's executive order suspending the payroll tax could have a major impact on your future tax returns. It defers the roughly six-percent tax that is collected every time you get paid, but you will still have to pay your taxes in full, later.

Can I Claim Working From Home on My Taxes?

Working from home became the norm in 2020 for many people, but most won't likely be able to claim expenses for their new work-from-home setup.

For those who might be able to claim this expense, Greene-Lewis reminds people that the home office must be used “exclusively and regularly as your principal place of business.” That means the table where your kids do homework or family eats dinner does not count.

Another big issue is for those who relocated or moved during the pandemic, which could complicate where they need to report and pay state taxes, Pyron said.

Workers may need to file taxes in multiple states. The rules vary by state but it is critical that people check the new state’s tax resources for more details, said Jeremiah Barlow, the head of family wealth services at Mercer Advisors. It’s likely that they will have two part-year state returns to file, one for the old state and one for the new, Barlow said.

If people are hoping to lower their tax burden by claiming residence in the state with a lower tax rate, he urges them to tread cautiously.

“States can be aggressive about auditing taxpayers who claim they’re no longer residents,” Barlow said. “Requirements vary by state, but they’re looking to see if taxpayers gave up most of their ties to the old state and have closer ties to the new state instead, such as still owning or leasing a residence, where you are registered to vote, and the state of your driver’s license, just to name a few.”

How Does the CARES Act Affect Charitable Donations for 2020?

One bright spot is a new, temporary deduction for charitable donations.

So, if someone makes a cash donation before the end of the year they can get a deduction of up to $300 when they file. A deduction lowers both adjusted gross income and taxable income for the taxpayer.

The IRS has yet to announce when the tax filing season will open; it typically begins in early January.

The agency has brought some of its employees to the office. But its face-to-face operations with taxpayers will remain extremely limited. The IRS continues to urge taxpayers to file their taxes online and use other online tools whenever possible. 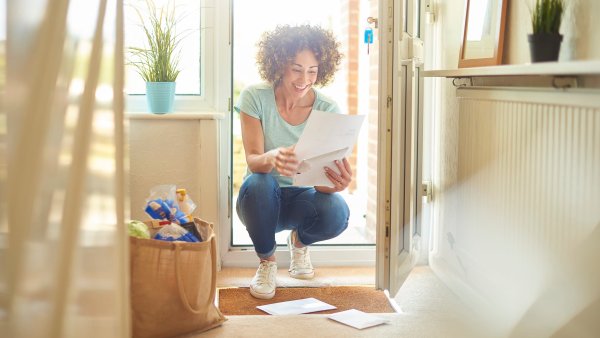 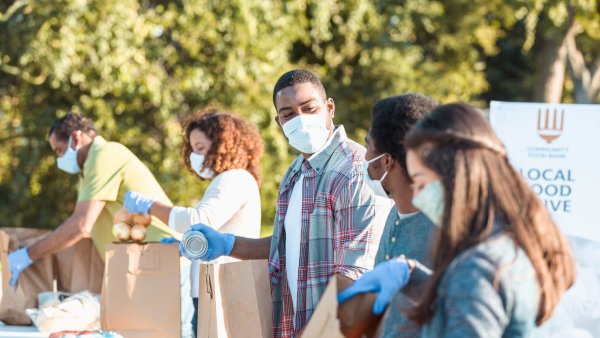 You Can Claim a Bigger Tax Break for Cash Donations in 2020. Why That Might Not Be the Best Strategy