The governors of New York, New Jersey and Connecticut ordered flags to fly at half-staff for the 19th anniversary

Flags are flying half-staff across the tri-state area Friday in remembrance of the thousands of lives lost to the terror attacks on Sept. 11, 2001 -- in full awareness of the tens of thousands of lives first responders helped save amid the pandemic and the many more thousands they could not.

The governors of New York, New Jersey and Connecticut announced the flag measures a day ahead of the national remembrance ceremony at ground zero, where Vice President Mike Pence and his wife were in attendance. Democratic presidential challenger Joe Biden was also at the New York City commemoration Friday, along with Gov. Andrew Cuomo and Mayor Bill de Blasio.

Cuomo reflected on the courageous heroes who "ran into hell without hesitation" and the continued support they still need today.

Vice President Pence among those in attendance at the Tunnel2Towers event, designed to give survivors an opportunity to speak "from the heart." News 4's Rana Novini reports.

"The pain and suffering continue for too many, who, in the aftermath of these attacks still battle 9/11-related illnesses. We stand with these heroes and in the fight to ensure they receive every bit of funding and care they need and deserve," the governor said in a statement.

Vice President Pence and his wife, Karen, read Bible passages at the 9/11 commemoration organized by the Tunnel to Towers Foundation. Before the beginning of the ceremony at nearby ground zero, Pence and Joe Biden greeted each other with an elbow bump.

A day earlier, the mayor reflected on the somber anniversary in light of its separate and solemn current reality. 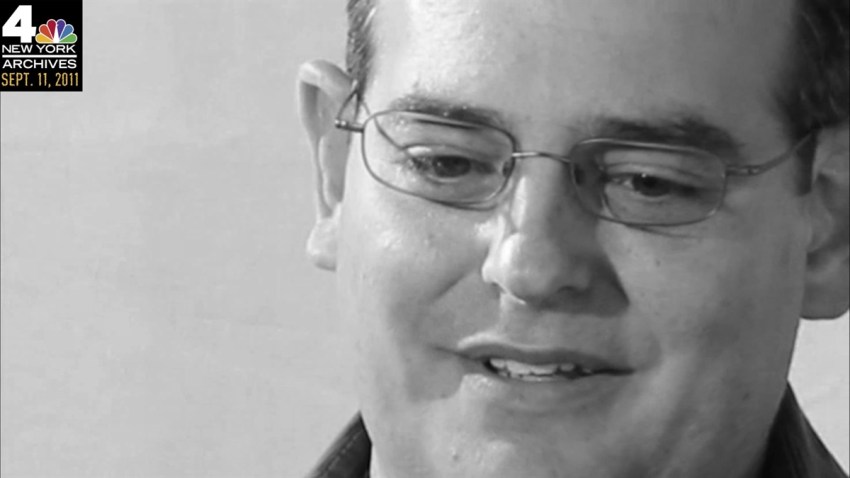 From the Archives: Survivor Recalls His Viral 9/11 Email 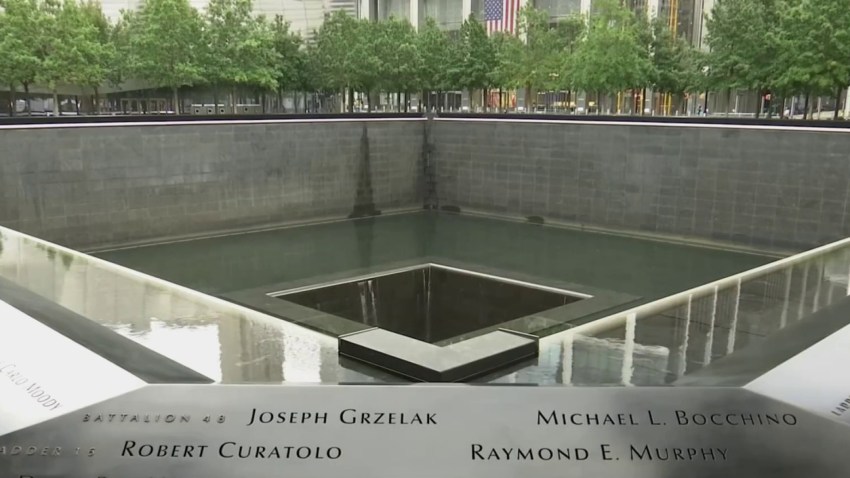 "There was incredible feeling for New York City. There was respect. And people grieved with us, but they also admired New York City in that moment of crisis. And now we find ourselves in a new and different crisis," the mayor added.

NYPD Commissioner Dermot Shea was a lieutenant with the force when planes struck the twin towers. He said Friday it's hard to believe it's been 19 years since.

As an alternate ceremony allows families to read the names of the victims aloud, the official commemoration substitutes recordings, to the chagrin of some participants. News 4's Sarah Wallace reports.

"I just think about the people and the entire experience that day. A day that nobody could have predicted and was impossible really to describe if you weren't there," Shea said. "I could just continually come back to the loss of life and the sacrifice and that's what important, to renew our vow that we will never forget their sacrifice."

Shea said anyone who was with the NYPD 19 years ago was involved in the 9/11 recovery effort in some capacity -- and it's something they struggle with still.

"It's a real problem for the men and women of this police department," Shea said. "Hundreds have lost their lives since that day but there are thousands who are still affected by illness, some more serious than others."

n New York, a dispute over coronavirus-safety precautions is leading to separate remembrances at the Sept. 11 memorial plaza and on a nearby corner. NBC New York's Ray Villeda reports.

This 9/11 remembrance is unique, altered by COVID precautions and woven into the presidential campaign. Both President Donald Trump and Biden are expected to pay respects at the same memorial in Pennsylvania without crossing paths as Americans honor the solemn occasion.

In New York, a dispute over coronavirus-safety precautions is leading to split-screen remembrances Friday, one at the Sept. 11 memorial plaza at the World Trade Center and another on a nearby corner. The Pentagon's observance will be so restricted that not even victims' families can attend, though small groups can visit the memorial there later in the day.

A previously scheduled flyover on the Hudson River near the Verazzano Bridge at 3:30 p.m. has stoked some controversy. The planned flight of an F-18 jet at 2,500 feet in the air on the anniversary of 9/11 received immediate criticism from Staten Island Rep. Max Rose who called for the event to be canceled.

Others on social media called the move "tone deaf" and that low-flying planes spark fear in the city. A spokesperson for Mayor de Blasio says the mayor wasn't aware of the flyover and "frankly, it's inappropriate." The mayor's office has since confirmed the flyover's cancellation.

In short, the anniversary of 9/11 is a complicated occasion in a maelstrom of a year, as the U.S. grapples with a health crisis, searches its soul over racial injustice and prepares to choose a leader to chart a path forward.

Still, 9/11 families say it's important for the nation to pause and remember the hijacked-plane attacks that killed nearly 3,000 people at the trade center, at the Pentagon and near Shanksville on Sept. 11, 2001, shaping American policy, perceptions of safety and daily life in places from airports to office buildings.

The nation's remembrance ceremonies on the 19th anniversary of the 9/11 attacks are altered due to the pandemic. News4's Megan McGrath shares how the area will remember this day.

Jin Hee Cho’s younger sister, Kyung, died in the Sept. 11 attacks. She worked on the 99th floor of the north tower of the World Trade Center complex and had just turned 30.

Cho, 55, said she feels immense loss at the annual event at the memorial plaza. She said she can’t shake the thought of her sister dying, taken back to that day as she stands amid a rebuilt tower, memorial pool, a museum and extravagant transit hub.

“I know that the heart of America beats on 9/11 and, of course, thinks about that tragic day. I don’t think that people forget,” says Anthoula Katsimatides, who lost her brother John and is now on the board of the National Sept. 11 Memorial & Museum.

Trump and Biden will both make visits — at different times — to the Flight 93 National Memorial near Shanksville, Pennsylvania. Trump spoke at a morning ceremony while Biden plans to pay respects there in the afternoon after the New York City ceremony.

Friday will mark Trump's second time observing the 9/11 anniversary at the Flight 93 memorial, where he made remarks in 2018. Biden spoke at the memorial’s dedication in 2011, when he was vice president.

The ground zero ceremony in New York has a longstanding custom of not allowing politicians to speak, though they can attend. Biden did so as vice president in 2010, and Trump as a candidate in 2016.

Though the candidates will be focused on the commemorations, the political significance of their focus on Shanksville is hard to ignore: Pennsylvania is a must-win state for both. Trump won it by less than a percentage point in 2016.

Around the country, some communities have canceled 9/11 commemorations because of the pandemic, while others are going ahead, sometimes with modifications.

He had been diagnosed with a 9/11-related illness which put him at greater risk for the coronavirus. His widow now works to keep his legacy alive. News 4's Marc Santia reports.

The New York memorial is changing one of its ceremony's central traditions: having relatives read the names of the dead, often adding poignant tributes.

Thousands of family members are still invited. But they'll hear a recording of the names from speakers spread around the vast plaza, a plan that memorial leaders felt would avoid close contact at a stage but still allow families to remember their loved ones at the place where they died.

But some victims' relatives felt the change robbed the observance of its emotional impact. A different 9/11-related group, the Stephen Siller Tunnel to Towers Foundation, set up its own, simultaneous ceremony a few blocks away, saying there's no reason that people can't recite names while keeping a safe distance.

The two organizations also tussled over the Tribute in Light, a pair of powerful beams that shine into the night sky near the trade center and evoke its fallen twin towers. The 9/11 memorial initially canceled the display, citing virus-safety concerns for the installation crew. After the Tunnel to Towers Foundation vowed to put up the lights instead, the memorial changed course with help from its chairman, former Mayor Mike Bloomberg and Cuomo.

Tunnel to Towers, meanwhile, arranged to display single beams for the first time at the Shanksville memorial and the Pentagon.

Over the years, the anniversary also has become a day for volunteering. Because of the pandemic, the 9/11 National Day of Service and Remembrance organization is encouraging people this year to make donations or take other actions that can be accomplished at home.