Police said Monday that 25 people were injured in the shooting, three more than initially reported

The gunman in the West Texas rampage that left seven dead obtained his AR-style rifle through a private sale, allowing him to evade a federal background check system that previously blocked him from getting a gun, several law enforcement officials told NBC News.

Seth Aaron Ator, 36, had tried purchasing a firearm in January 2014 but was denied, the Texas Department of Public Safety said in a statement Tuesday. The agency said it was precluded by law from disclosing why, but a law enforcement official told the Associated Press it was due to a "mental health issue." Sources who spoke to NBC News also referenced the shooter's 2014 attempt to purchase a weapon, saying it was ultimately thwarted by a "disqualifying mental health issue" revealed by a background check.

Private sales, which some estimates suggest account for 25 to 40 percent of all gun sales, are not subject to a federal background check in the United States. If the person selling the firearm knows the buyer cannot legally purchase or possess a firearm, they would be violating the law. But they are not required to find out if the person can possess a firearm and are not required to conduct a background check.

The so-called "gun show" loophole means that Americans can buy a gun from an individual, get one bequeathed from a relative, obtain one through an online marketplace as well as from some dealers at gun shows — all without needing to go through a federal background check.

Officers shot and killed Ator Saturday outside a busy Odessa movie theater after a spate of violence that spanned 10 miles, injuring around two dozen people in addition to the dead.

Odessa Police Chief Michael Gerke said the shooter was fired over the weekend from Journey Oil Services. He said both the gunman and the company called 911 after the man was terminated Saturday, but the future gunman was gone by the time police showed up. 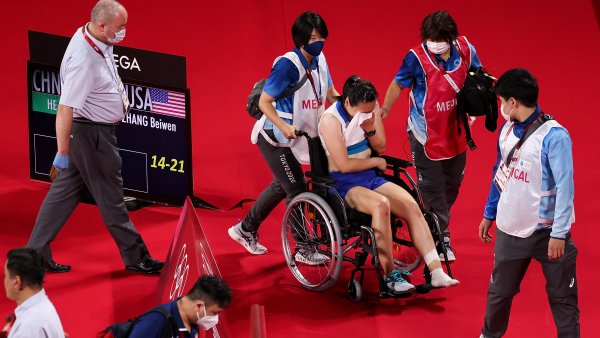 Online court records showed the shooter was arrested in 2001 for a misdemeanor offense that would not have prevented him from legally purchasing firearms in Texas.

Police said Ator's arrest in 2001 was in McLennan County, where Waco is located. Online court records show he was charged then with misdemeanor criminal trespass and evading arrest. He entered guilty pleas in a deferred prosecution agreement where the charge was waived after he served 24 months of probation, according to records.

The U.S. House of Representatives passed a bill in February that would require background checks for nearly all private sales, except those involving family members, according to NBC News.

However, Senate leadership said they would not act on the bill until they know if President Donald Trump supports it.

In addition to calling 911, the gunman also called the FBI's national tip line. FBI special agent Christopher Combs classified the call as "rambling statements about some of the atrocities that he felt that he had gone through."

Combs said he did not make a threat during the call, but all law enforcement procedures were initiated to identify the caller and his location. Combs said the call came in 15 minutes before the chain of events that left seven dead and injured 25 others before officers killed the gunman outside a busy movie theater in Odessa.

Combs said the gunman "was on a long spiral down" before the shooting and that he went to work that day "in trouble."

"This did not happen because he was fired. He showed up to work enraged," Combs said of the shooter.

Authorities said Sunday they still could not explain why a man with an AR-style weapon opened fire during a routine traffic stop in West Texas to begin a terrifying rampage that killed seven people, injured 22 others and ended with officers gunning him down outside a movie theater.

Combs said the place where the shooter lived was "a strange residence" and that the condition reflected "what his mental state was going into this." He didn't elaborate.

A neighbor, Rocio Gutierrez, told The Associated Press that the gunman was "a violent, aggressive person" that would shoot at animals, mostly rabbits, at all hours of the night.

"We were afraid of him because you could tell what kind of person he was just by looking at him," Gutierrez said. "He was not nice, he was not friendly, he was not polite."

The attack began Saturday afternoon when Texas state troopers tried to pull over a gold car on Interstate 20 for failing to signal a left turn. Before the vehicle came to a complete stop, the driver "pointed a rifle toward the rear window of his car and fired several shots" toward the patrol car, according to Texas Department of Public Safety spokeswoman Katherine Cesinger.

The gunshots struck one state trooper, Cesinger said, after which the gunman fled and continued to shoot. He fired at random as he drove in the area of Odessa and Midland, two cities more than 300 miles west of Dallas.

Police used a marked SUV to ram the mail truck outside the Cinergy Movie Theater in Odessa, which disabled the vehicle. The gunman then fired at police, wounding two officers, before he was killed.

"Local law enforcement and state troopers pursued him and stopped him from possibly going into a crowded movie theater and having another event of mass violence," Combs said.

Police said the gunman had no active warrants when he fled the traffic stop that began the rampage.

Texas Gov. Greg Abbott tweeted Monday that "we must keep guns out of criminals' hands" -- words similar to his remarks that followed another mass shooting in El Paso on Aug. 3, when he said firearms must be kept from "deranged killers." But Abbott, a Republican and avid gun rights supporter, has been noncommittal about tightening Texas gun laws.

He also tweeted that the shooter failed a previous gun background check and didn't go through one for the weapon he used in Odessa. He did not elaborate, and a spokesman referred questions to the Texas Department of Public Safety, which didn't immediately respond for comment.

The shooter acted alone and federal investigators believe he had no ties to any domestic or international terrorism group, Combs said.

Authorities said those killed were between the ages of 15 and 57 years old, but did not immediately provide a list of names. The injured included three law enforcement officers, as well as a 17-month-old girl who sustained injuries to her face and chest.

Seven people between the ages of 15 and 57 were killed Saturday when a gunman armed with an AR-style weapon opened fire during a routine traffic stop and began a shooting rampage. The gunman shot at random for more than 10 miles in the cities of Midland and Odessa. In addition to the seven people killed, another 22 were injured, including a toddler.

Gerke refused to say the name of the shooter during a televised news conference, saying he wouldn't give him notoriety, but police later posted his name on Facebook. A similar approach has been taken in some other recent mass shootings.