Wise Wins on Halfpipe for Another American Gold

David Wise soared through sleet and snow and ended up with gold — a mighty nice present to bring home to his daughter.

Skiing with a heart-shaped rock he got from his wife and in front of a crowd waving pictures of his 2-year-old girl, Nayeli, the 23-year-old from Reno, Nev., overcame sloppy conditions to win the first Olympic ski halfpipe contest.

A high-flying show this was not. But Wise overcame the conditions to score a 92 on his first run, which held up as the weather worsened. It was almost impossible to see the top of the pipe from the base by the end of the contest.

Mike Riddle won silver for Canada, which has one of its all-time greats, the late Sarah Burke, to thank for shepherding this event into the Olympics. 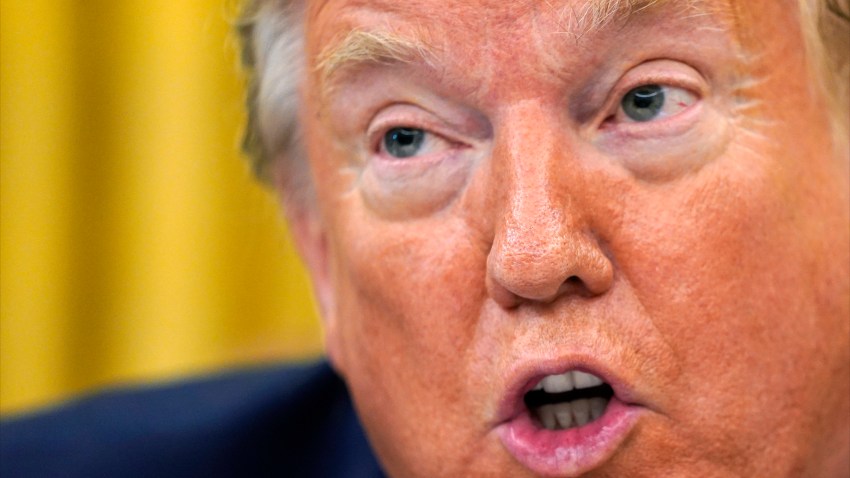 Chinese Grad Students May Be Next Hit by US-China Tensions

The podium ended up much as expected, with the top spot going to the three-time defending Winter X Games champion.

No small thing considering the way bad weather and variable conditions at Rosa Khutor Extreme Park have shuffled the deck in many of the action sports. Shaun White couldn't handle the tough halfpipe a week ago and finished fourth. Kelly Clark also struggled and ended up with bronze, not gold.

The skiers weren't nearly as critical of the pipe as the snowboarders, and when the tricky conditions kicked in, they rolled with it.

"It diminishes the show a ton," said 17-year-old American Aaron Blunck. "The cool thing is, I've got a 'pow' day tomorrow."

Yes, they'll ski powder, but first, Wise will head down to Sochi on Wednesday to pick up his gold medal.

He'll do that because he threw the best tricks, opening with a 720-degree spin, grabbing one ski and getting so high he could look straight down into the halfpipe. There was a 540-degree spin that left him skiing backward when he landed - one of the coolest and most notable differences from the snowboarding version of halfpipe. There was also the requisite double-twisting jump that he landed with ease.

Wise fell on his second run and skied straight down afterward, earning a 3.4 to record both the highest and lowest scores of the night.

But he wasn't the only one to fall. The final four skiers all fell - Wise, Rolland, Benoit Valentin and Justin Dorey, who went last and bowed backward on his landing before losing his balance. When he fell, Wise had the gold wrapped up.

It was the 20th medal of the games for the U.S. and their sixth gold. Five of the golds and 11 medals overall have come from the action sports.

"Dave is, right now, on top of the sport. He's the best. He's proven it multiple times," Blunck said. "He comes out in any condition and has amazing fun. He's the dad out of the group. So, no matter what he does, we're proud of him."