Astronauts blasted into orbit from the U.S. for the first time in nearly a decade, three countries sent spacecraft hurtling toward Mars, and robotic explorers grabbed rocks from the moon and gravel from an asteroid for return to Earth.

Space provided moments of hope and glory in an otherwise difficult, stressful year.

It promises to do the same in 2021, with February’s landings at Mars and next fall’s planned launch of the Hubble Space Telescope’s successor — the next-generation James Webb Space Telescope.

Boeing hopes to catch up with SpaceX in the astronaut-launching department, while space tourism may finally get off the ground.

“2021 promises to be as much of a space exploration bright spot, perhaps even more," said Scott Hubbard, NASA’s former “Mars Czar” now teaching at Stanford University.

SpaceX launched a Starship rocket about 40,000 feet into the air on Wednesday before it exploded on impact during landing.

Although the coronavirus pandemic complicated space operations around the globe in 2020, most high-priority missions remained on track, led by the U.S., China and the United Arab Emirates in a stampede to Mars in July.

The UAE's first interplanetary spacecraft, an orbiter, will scrutinize the Martian atmosphere. NASA’s Perseverance rover is set to land Feb. 18 at an ancient river delta and lakebed where microscopic life may have once flourished. The rover will drill into the dry crust, collecting samples for eventual return to Earth.

The European and Russian space agencies skipped the 2020 Mars launch window, their life-sniffing Mars rover grounded until 2022 because of technical issues and COVID-19 restrictions. 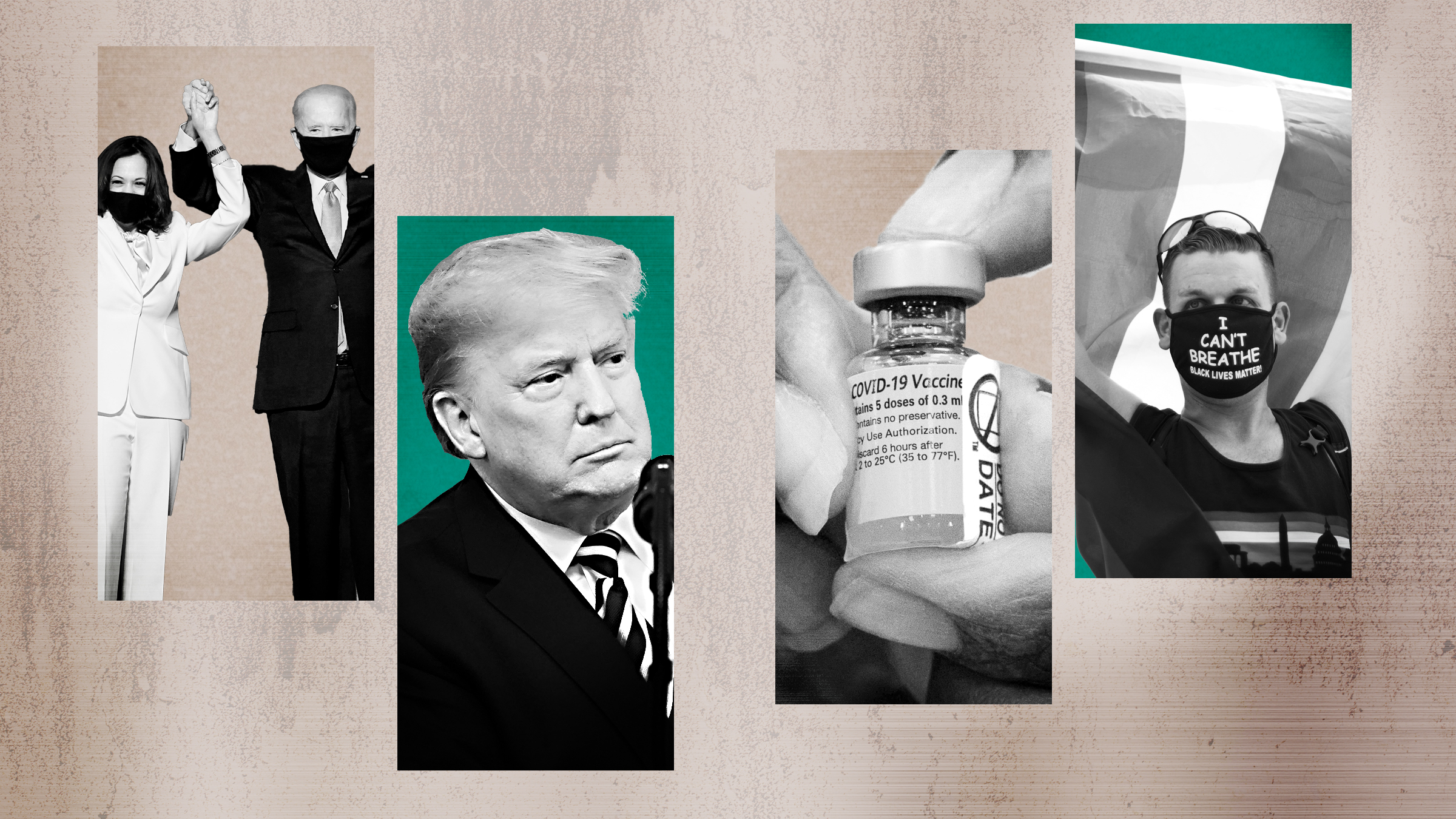 The Year That Stopped the World: A Look Back at 2020 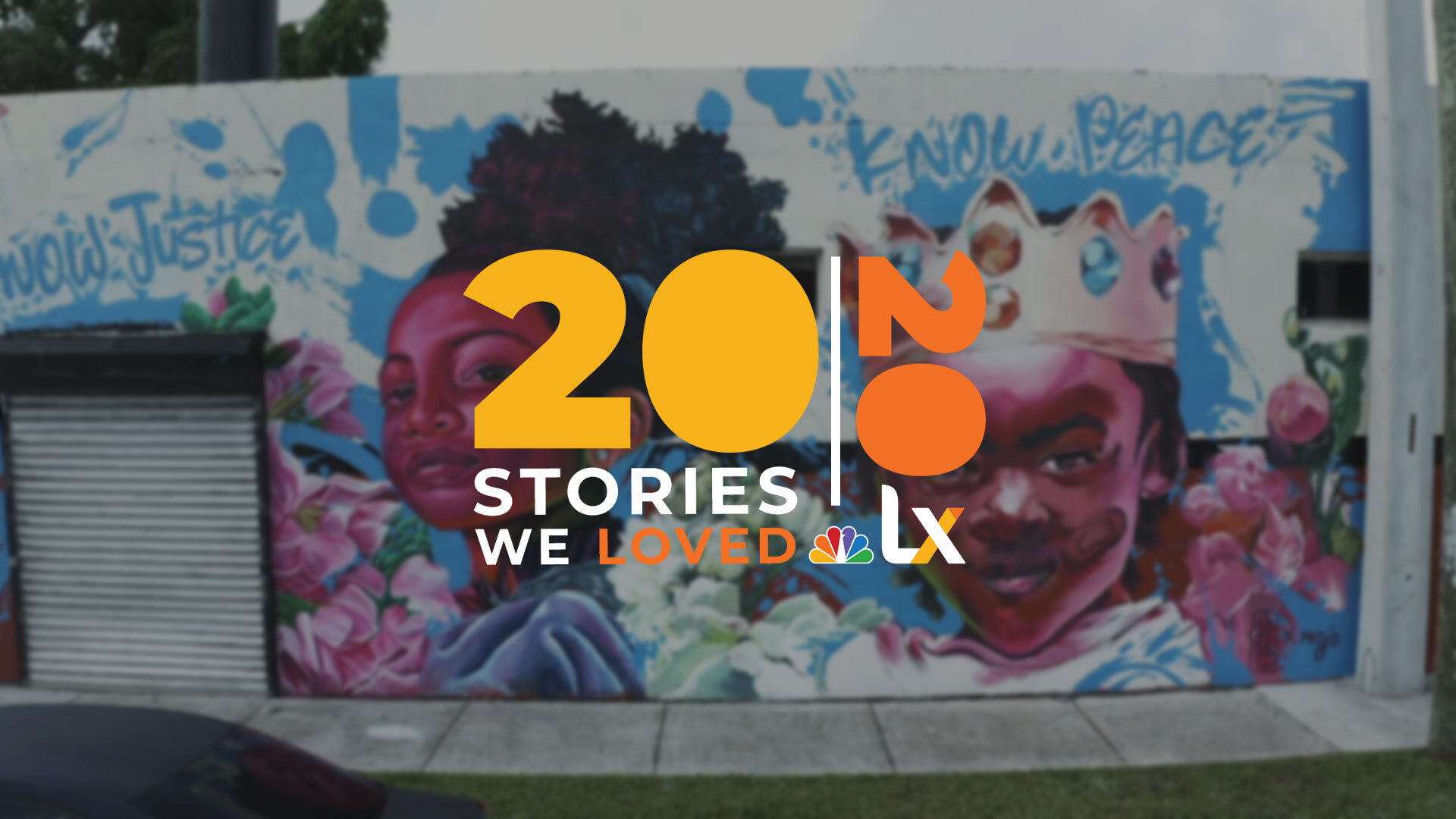 The Stories That Made Us Laugh, Cry and Connect in 2020

China also set its sights on the moon in 2020, landing and then launching off the lunar surface in December with the first moon rocks collected for return to Earth since the 1970s.

Japan brought back pieces of asteroid Ryugu — its second asteroid batch in a decade. More asteroid samples are on the way: NASA’s Osiris-Rex spacecraft vacuumed up handfuls of gravel from asteroid Bennu in October for return in 2023.

Elon Musk’s SpaceX, meanwhile, was buzzing in 2020. In May, it became the first private company to put people into orbit, an achievement previously claimed by just three global superpowers. The two test pilots were the first NASA astronauts to fly a new brand of spaceship in almost 40 years and the first to blast off from Florida since the shuttle program ended in 2011.

For the first time in nearly a decade, the United States launched astronauts into orbit from U.S. soil. Sunday, the SpaceX Dragon Endeavor docked with the International Space Station.

“This is an impressive achievement which Americans should be proud of,” astronaut-turned-senator Mark Kelly said of the Dragon capsule double-header.

Until the SpaceX flights, Russia’s three-person Soyuz capsules were the only way to get astronauts to the space station once NASA's shuttles shut down.

NASA’s other hired crew transporter, Boeing, is scrambling to get its Starliner capsule back in action after a software-spoiled test flight in December 2019. The do-over — again with no one on board — is targeted for spring. If the repairs work and the capsule finally reaches the space station, the first Starliner astronauts could be flying by summer.

Musk capped the year with a stratospheric test flight of Starship, the rocketship he’s building to carry people to the moon and Mars. The Dec. 9 demo went better than anyone imagined until a fiery explosion at touchdown. Even so, Musk was ecstatic.

There are few people who can describe the emotions felt by NASA astronauts Bob Behnken and Doug Hurley as they embarked on their mission to the International Space Station. NASA astronaut Anne McClain just happens to be one of them.

At the same time, SpaceX is expanding its Dragon-riding clientele. Late next year, SpaceX expects to launch the first privately financed Dragon flight in a deal arranged by Houston-based Axiom Space.

Axiom's Michael Lopez-Alegria, an ex-NASA astronaut and former president of the Commercial Spaceflight Federation, will accompany Israeli businessman Eytan Stibbe and two other paying customers to the space station. Stibbe, a former fighter pilot, was a close friend of Israel's first astronaut, Ilan Ramon, who died aboard space shuttle Columbia in 2003.

Will Tom Cruise be joining them? The actor was in talks with NASA this year about filming a movie at the space station.

“This is the true beginning of private spaceflight and will get the ball rolling toward multiple private missions to orbit per year,” Lopez-Alegria said in an email. “I’ve been preaching for almost a decade __ that commercial human spaceflight is the next giant leap.”

Two other space-travel companies — Jeff Bezos' Blue Origin and Richard Branson's Virgin Galactic — are still conducting test flights and have yet to set firm dates for launching customers on short flights to the edge of space and back.

The astronauts aboard the SpaceX Dragon brought a plush Baby Yoda, also known as "The Child," from the Star Wars show "The Mandalorian" and used it as their zero-gravity indicator.

NASA is still targeting a November debut of its new moon rocket, the Space Launch System, with an Orion capsule that will launch without a crew. The Trump administration had set a 2024 deadline for the first moon landing by astronauts since NASA's Apollo program a half-century ago. Just this month, NASA introduced the 18 astronauts who will train for the moon program named for Artemis, the mythological twin sister of Apollo.

It remains to be seen how President-elect Joe Biden might alter the lunar-landing program.

“Whatever else can be said about the four years of the Trump administration, they have been positive for the U.S. civilian space program,” noted John Logsdon, professor emeritus at George Washington University’s Space Policy Institute. “No prior major programs were cancelled, the human exploration program was given clear direction, and funding for existing programs was increased.”

“This is a legacy that the Biden administration can build on, so that in future years there can be a continued string of successes.”