In many cases the measures would reverse executive actions by President Donald Trump, whose administration took numerous steps to weaken protections for transgender people and create more leeway for discrimination against LGBTQ people.

As vice president in 2012, Joe Biden endeared himself to many LGBTQ Americans by endorsing same-sex marriage even before his boss, President Barack Obama.

Now, as president-elect, Biden is making sweeping promises to LGBTQ activists, proposing to carry out virtually every major proposal on their wish lists. Among them: Lifting the Trump administration’s near-total ban on military service for transgender people, barring federal contractors from anti-LGBTQ job discrimination, and creating high-level LGBTQ-rights positions at the State Department, the National Security Council and other federal agencies.

In many cases the measures would reverse executive actions by President Donald Trump, whose administration took numerous steps to weaken protections for transgender people and create more leeway for discrimination against LGBTQ people, ostensibly based on religious grounds.

“Mean Girls” actor Jonathan Bennett said he never saw LGBTQ characters like himself in Christmas movies when he was young. So the opportunity to star in the Hallmark Channel’s first Christmas movie with a major LGBTQ storyline, “The Christmas House,” was more meaningful than most. Bennett joins LX News to talk about his onscreen and real life love story.

In a policy document, the Biden campaign said Trump and Vice President Mike Pence “have given hate against LGBTQ+ individuals safe harbor and rolled back critical protections.”

Beyond executive actions he can take unilaterally, Biden says his top legislative priority for LGBTQ issues is the Equality Act, passed by the House of Representatives last year but stalled in the Senate. It would extend to all 50 states the comprehensive anti-bias protections already afforded to LGBTQ people in 21 mostly Democratic-governed states, covering such sectors as housing, public accommodations and public services.

Biden says he wants the act to become law within 100 days of taking office, but its future remains uncertain. Assuming the bill passes again in the House, it would need support from several Republicans in the Senate, even if the Democrats gain control by winning two runoff races in Georgia. For now, Susan Collins of Maine is the only GOP co-sponsor in the Senate.

Critics, including prominent religious conservatives, say the bill raises religious freedom concerns and could require some faith-based organizations to operate against their beliefs.

The fight for LGBTQ equality goes back much further than the Stonewall riots, notes author Eric Cervini who discusses his new book "The Deviant's War: The Homosexual versus the United States of America."

The Equality Act “is a dangerous game changer” in its potential federal threat to religious liberty, said the Rev. Albert Mohler, president of the Southern Baptist Theological Seminary in Louisville, Kentucky.

Rep. Chris Stewart, a Utah Republican, tried to strike a compromise last year that would have expanded LGBTQ rights nationwide while allowing exemptions for religious groups to act on beliefs that could exclude LGBTQ people. His proposal won support from The Church of Jesus Christ of Latter-day Saints and the Seventh-day Adventist Church but was panned by liberal and civil rights groups.

“Anti-equality forces are trying to use the framework of religious liberty to strip away individual rights,” said Alphonso David, president of the Human Rights Campaign, a national LGBTQ-rights organization.

Among the actions that Biden pledges to take unilaterally, scrapping Trump’s transgender military ban would be among the most notable.

Jennifer Levi, a Massachusetts-based transgender-rights lawyer, said it’s clear Biden has the authority to do so after taking office.

Nicolas Talbott, a transgender man whom Levi has represented in a lawsuit seeking to overturn the ban, called that “a huge relief.”

“I look forward to being allowed to re-enroll in ROTC so I can continue to train, keep up my fitness to serve, and become the best Army officer I can possibly be,” Talbott said via email.

While National Coming Out Day encouraged many young people to come out as LGBTQ for the first time, the CEO of The Trevor Project, Amit Paley, stresses the importance of young people coming out in their own time without outside pressure.

Some of Biden’s other promises:

Whatever happens in Washington, some activists worry that Republican-controlled state legislatures may push anti-LGBTQ bills, such as curtailing the ability of transgender youth to access certain medical treatments or participate in school sports. They are also concerned that an influx of conservative federal judges appointed by Trump might lead to rulings allowing religious exemptions. 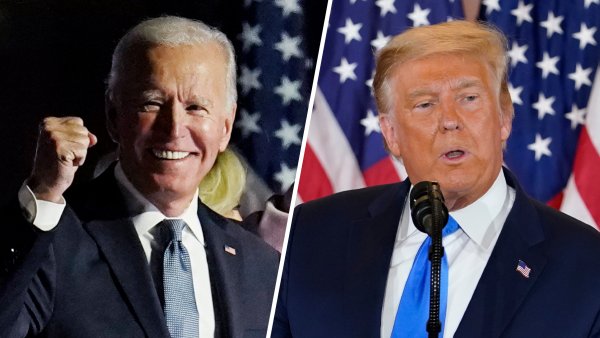 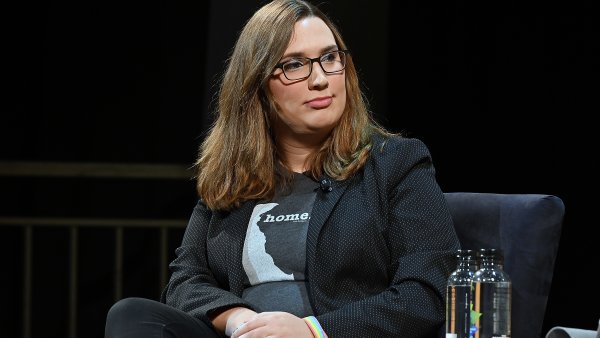 Earlier this month the Supreme Court — now with a solid conservative majority — heard arguments on whether a Catholic social services agency in Philadelphia should be able to turn away same-sex couples who want to be foster parents, while still receiving local government funding.

Tim Schultz, a religious freedom advocate, outlined two potential paths for the debate over the Equality Act: “ongoing legislative gridlock, regulatory trench warfare and judicial decisions, which will happen independently of what the president does,” or active engagement by Biden for a new strategy that can win bipartisan support in the Senate.

The first path would provide only “temporary satisfaction,” given that regulatory moves can be undone by future presidents, said Schultz, president of the nonprofit 1st Amendment Partnership.

Nathan Diament, executive director of the Orthodox Union Advocacy Center, cited Biden’s campaign-trail appeals for unity — and his commitment to faith outreach — as positive signs for more engagement on the issue next year.

“He and his team will be very well-positioned to broker compromise if they want to, to get this done,” said Diament, who has advised both the Trump and Obama administrations.