The latest news on the 2020 presidential election
Super Tuesday

Tuesday is the biggest day of the primary calendar, when 14 states from the Atlantic to the Pacific vote on the Democratic presidential nominee. The roster includes the nation's two most populous states, California and Texas, and nearly one-third of all the delegates at July's Democratic National Convention are up for grabs.

Here are some key questions ahead of Super Tuesday:

CAN SANDERS RECAPTURE THE NARRATIVE?

Vermont Sen. Bernie Sanders has long promised that he could substantially expand the electorate beyond traditional Democratic voters, but that hasn't happened in the first four contests.

Super Tuesday represents his biggest chance to prove his case. He is far better financed and organized than former Vice President Joe Biden, who trounced Sanders in South Carolina on Saturday.

With five major candidates running, it's been impossible for anyone to claim a clear majority, but Sanders' durable base has given him a crucial plurality of the vote, and, more important, a small lead in delegates.

Sanders needs as many delegates as possible because his opponents argue the convention itself should decide the nominee should no one secure a clear majority. Sanders argues that the candidate with the most votes should get the nomination — an easier case to make if he comes into the Democratic National Convention with a large plurality.

Tuesday represents Sanders' best shot at building a durable advantage in the race. Because the Democratic Party awards delegates proportionately, once someone racks up an advantage in the delegate count, it's difficult to catch them. And after Tuesday, the terrain shifts to states that aren't as favorable to Sanders.

CAN BIDEN EMERGE AS THE "STOP SANDERS" CANDIDATE?

Biden dramatically under performed in Iowa and New Hampshire, part of a collapse among white voters that allowed Sanders to vault into the lead. But Biden regained his footing in South Carolina, propelled by the overwhelming support of black voters. That aided Biden's case that the candidate who prevails among these base voters will win the nomination.

Biden's campaign hopes that allows him to vastly over perform his polls for Super Tuesday and consolidate the splintered anti-Sanders factions in the Democratic Party.

The hope in the former vice president's camp is that it becomes effectively a two-person race after Tuesday, which may give him an advantage in upcoming states like Florida, Illinois and Pennsylvania.

WHICH CANDIDATES CAN STAY VIABLE?

Remember 15%. That's the share of votes a candidate has to get to win delegates in primary elections. With five Democrats left in the race, there's a real threat that only one or two will actually grab delegates, with the rest splitting the remaining vote in the low teens.

The risks of that diminished with the exit of Pete Buttigieg from the race Sunday night and Minnesota Sen. Amy Klobuchar on Monday, but they certainly didn't go away. That would be a dream scenario for Sanders, who in some states could grab a far greater proportion of available delegates than his vote share would represent. Some polls have shown it as a distinct possibility in delegate-rich California.

DOES BLOOMBERG'S BIG BET PAY OFF?

Former New York Mayor Mike Bloomberg bet more than a half billion dollars on Super Tuesday, and we get to see if it was well spent.

Bloomberg is a billionaire, and rather than competing in the first four primary states, he decided to spend a huge sum of money on advertisements and campaign organizations in the 14 states voting Tuesday, as well as on other ones voting in the coming weeks.

But since he first appeared on the debate stage, his polls plummeted and now he runs the risk of falling into the sub-15% zone in a number of states.

Everything that Michael Bloomberg said during the Democratic Debate in Nevada on Feb. 19, 2020

Even if he doesn't, will Bloomberg's ultimate impact be to fragment the anti-Sanders vote further and help pave the way for the self-proclaimed democratic socialist whom he says he got in the race to stop?

HOW DOES THE CALIFORNIA COUNT EFFECT THE RACE?

California is different. It's the biggest prize on the board Tuesday with more than 400 delegates at stake. But California has an unusual voting system that counts all ballots cast Tuesday, even if they were only put in a mailbox that day. It can take weeks to tally the entire vote.

That could help or hurt Sanders. His campaign has been investing heavily in the state, trying to encourage his supporters to send in early ballots. It may be that the early ballots heavily favor him, and we discover only in the coming weeks that California voters didn't break so overwhelmingly for the Vermont senator. 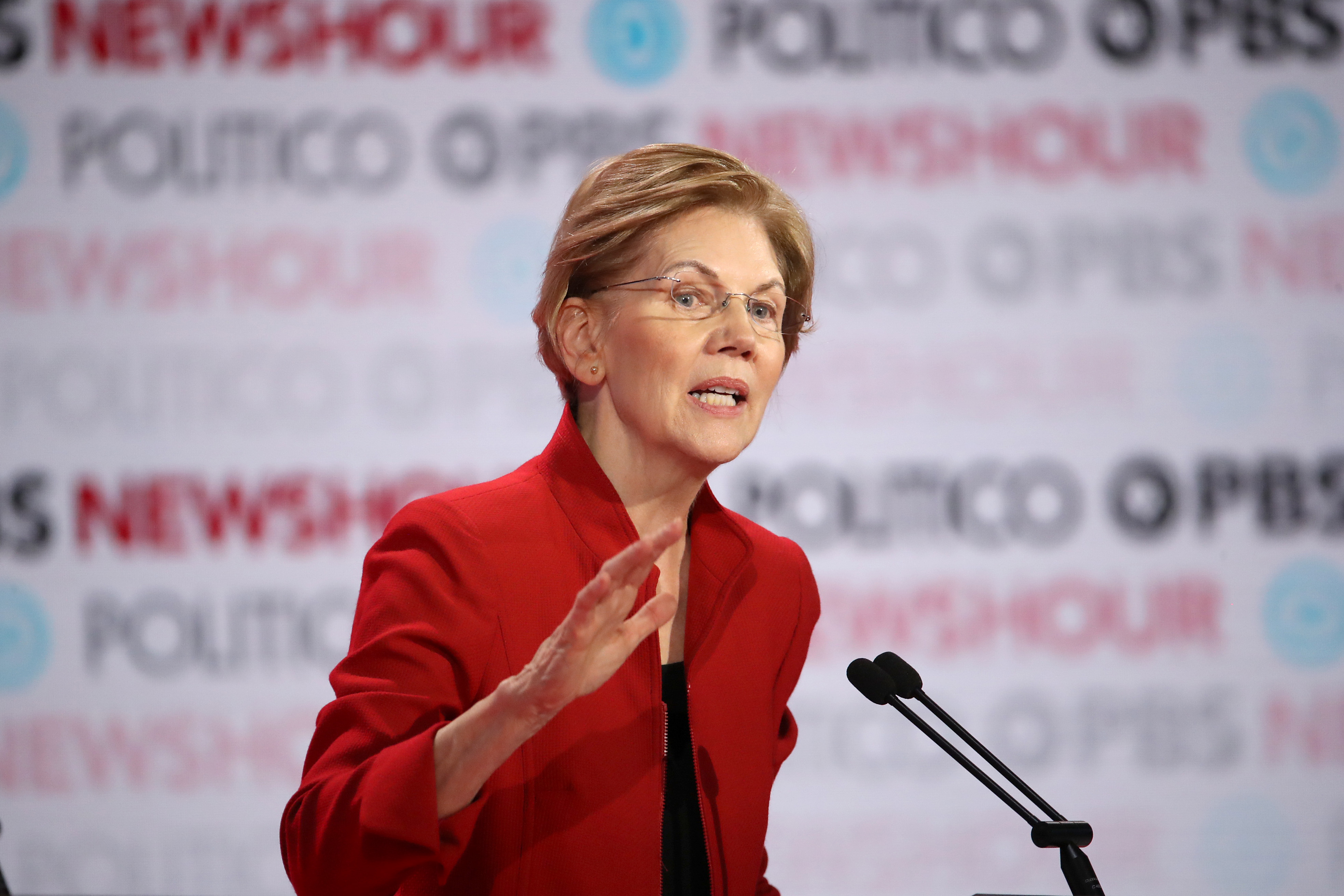 Warren Bets on Brokered Convention. Will She Last That Long? 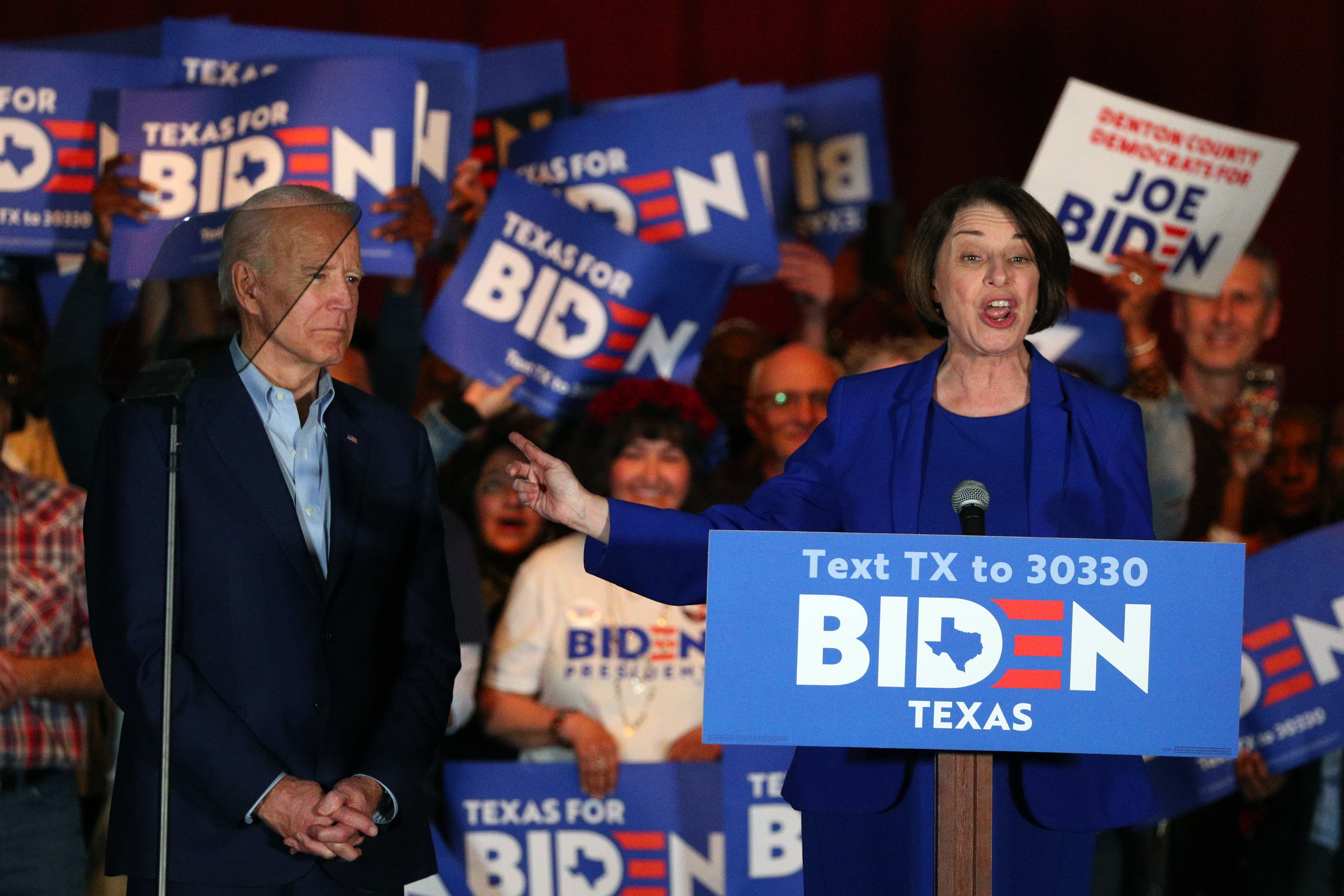 But Sanders' base includes young and Latino voters are more likely to vote at the last minute, so the opposite could happen — his people may still turn in their ballots at the last minute, and the initial returns could look grimmer for him than the final results. There's a good chance we won't know the final delegate disposition out of the state until April. How will that uncertainty affect the race in the weeks after Super Tuesday?