Biden Aims to Expand Map as Trump Recovers From Coronavirus

Biden advisers say they never considered dialing back his campaigning even while the president was hospitalized, especially with Vice President Mike Pence having taken on a larger role

As President Donald Trump recovers from the coronavirus, Joe Biden is capitalizing on having the campaign trail largely to himself by hitting critical swing states and investing in longtime Republican bastions that he hopes might expand his path to victory.

The Democratic presidential nominee made his second trip to Florida in a little over two weeks on Monday. His visit to Miami was designed to encroach on some of Trump's turf, even swinging through Little Havana, a typically conservative area known for its staunch opposition to the communist government that Fidel Castro installed in Cuba.

He'll follow up with a trip later this week to Arizona, which hasn't backed a Democratic presidential candidate since 1996. Even Biden’s former primary rival, Bernie Sanders, has resumed in-person campaigning for the first time since the coronavirus outbreak in March. The progressive Vermont senator held socially distanced rallies in the battlegrounds of New Hampshire and Michigan, proclaiming, “We need Joe Biden as our president.”

Sitting on a massive pile of campaign cash less than a month before Election Day, Biden is trying to put Trump on defense across the country and build an advantage in the Electoral College so large that the president might struggle to contest it. That’s especially important since Trump, who lost the popular vote in 2016, has said he may not accept the election results this year and has raised unfounded allegations that the increased use of mail-in voting amid the coronavirus pandemic could lead to fraud.

Biden is complementing the expanded campaign travel with a late-stage ad push, reserving more than $6 million in television airtime in Texas — for decades deeply red — through the end of October, according to an Associated Press analysis of CMAG data. He also plans to spend $4 million on advertising in Georgia, another Republican-leaning state that Democrats are feeling bullish about.

Trump, meanwhile, has scaled back advertising in both states and has begun doing the same in Ohio, which he also won in 2016.

In his first campaign appearance since President Donald Trump’s COVID-19 diagnosis, Joe Biden wished the president a speedy recovery. He also said, “This is not a matter of politics. It’s a bracing reminder to all of us that we have to take this virus seriously.”

“2020 is not 2016. The 'Dems in disarray,' fretting that we’re going to go too far, that’s not the reality this time,” said Kelly Dietrich, founder of the National Democratic Training Committee, which has worked with around 1,500 of the party’s candidates for offices nationwide this cycle. “They are running a solid race focused on the swing states we need to win but now have excess resources to expand the map."

As Election Day nears, Democrats are still stung by the 2016 campaign, when Hillary Clinton focused on Republican-leaning states like North Carolina and Arizona in the final weeks, only to lose ones that long supported Democrats, including Michigan, Wisconsin and Pennsylvania.

Democratic strategist Brad Bannon said, “It would be a mistake for Biden to take his foot off the pedal,” but added, "I wouldn’t want Biden to make the same mistake Clinton did.”

President Trump was taken to Walter Reed medical center Friday evening after developing symptoms of COVID-19 — raising concerns about his health and questions about the political fallout of his illness. Dr. Ugo Iroku and USA Today reporter David Jackson joined LX News to discuss his health risks and the political implications of his hospitalization.

“I’d be careful, if I was Biden, about expanding the map too much," Bannon said.

Biden’s advisers say they have been confident for months they can expand the electoral map while never wavering from their promise to have their candidate travel only when local health guidelines allowed for it. Adhering to that plan has allowed them to expand into other parts of the country at the most critical of moments.

Speaking Monday in Little Havana, Biden was careful to continue to wish Trump a speedy recovery but also criticized his administration's response to the pandemic.

“I was glad to see the president speaking and recording videos over the weekend," Biden said. "Now that’s he’s busy tweeting campaign messages, I’d encourage him to do this: Listen to the scientists.” 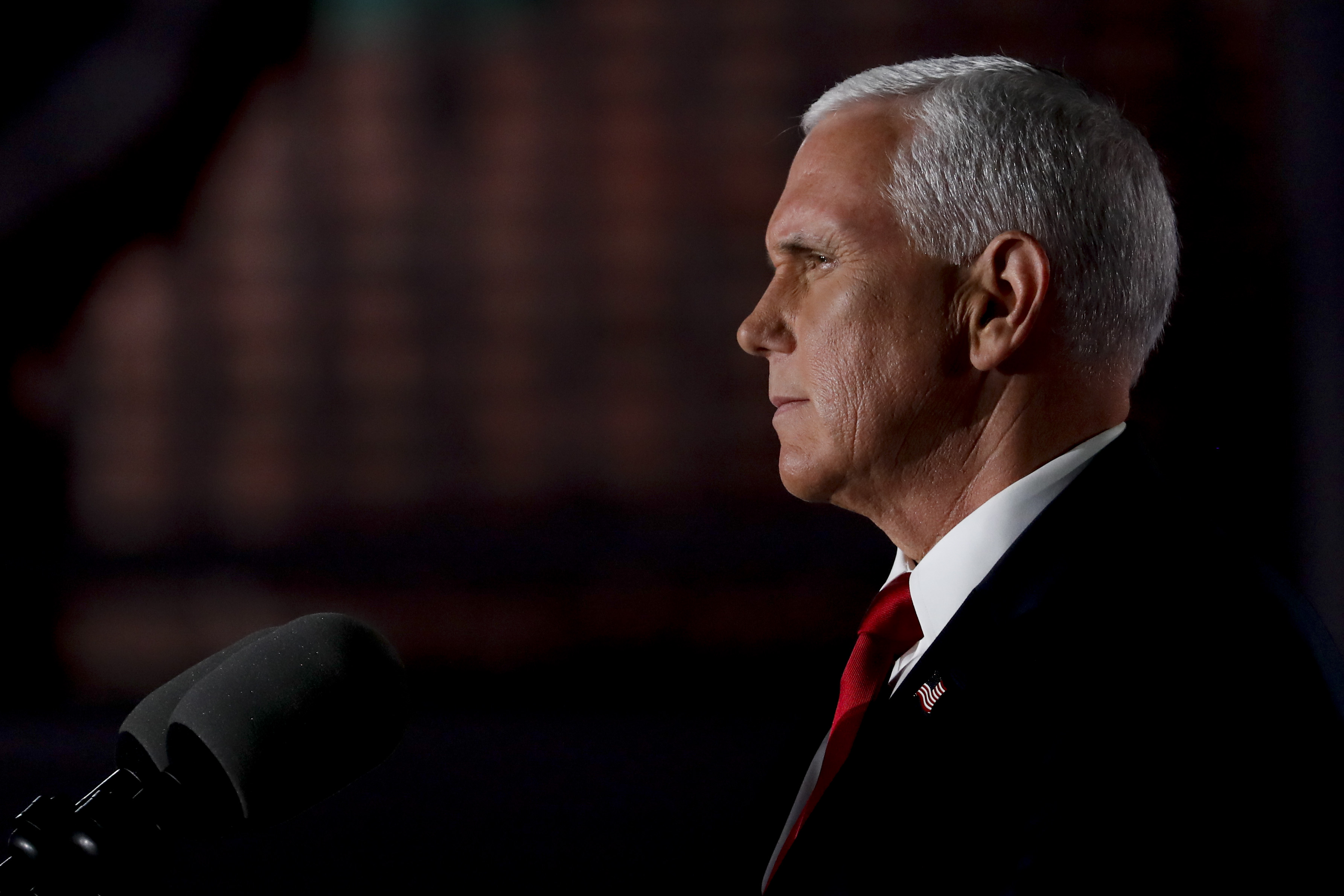 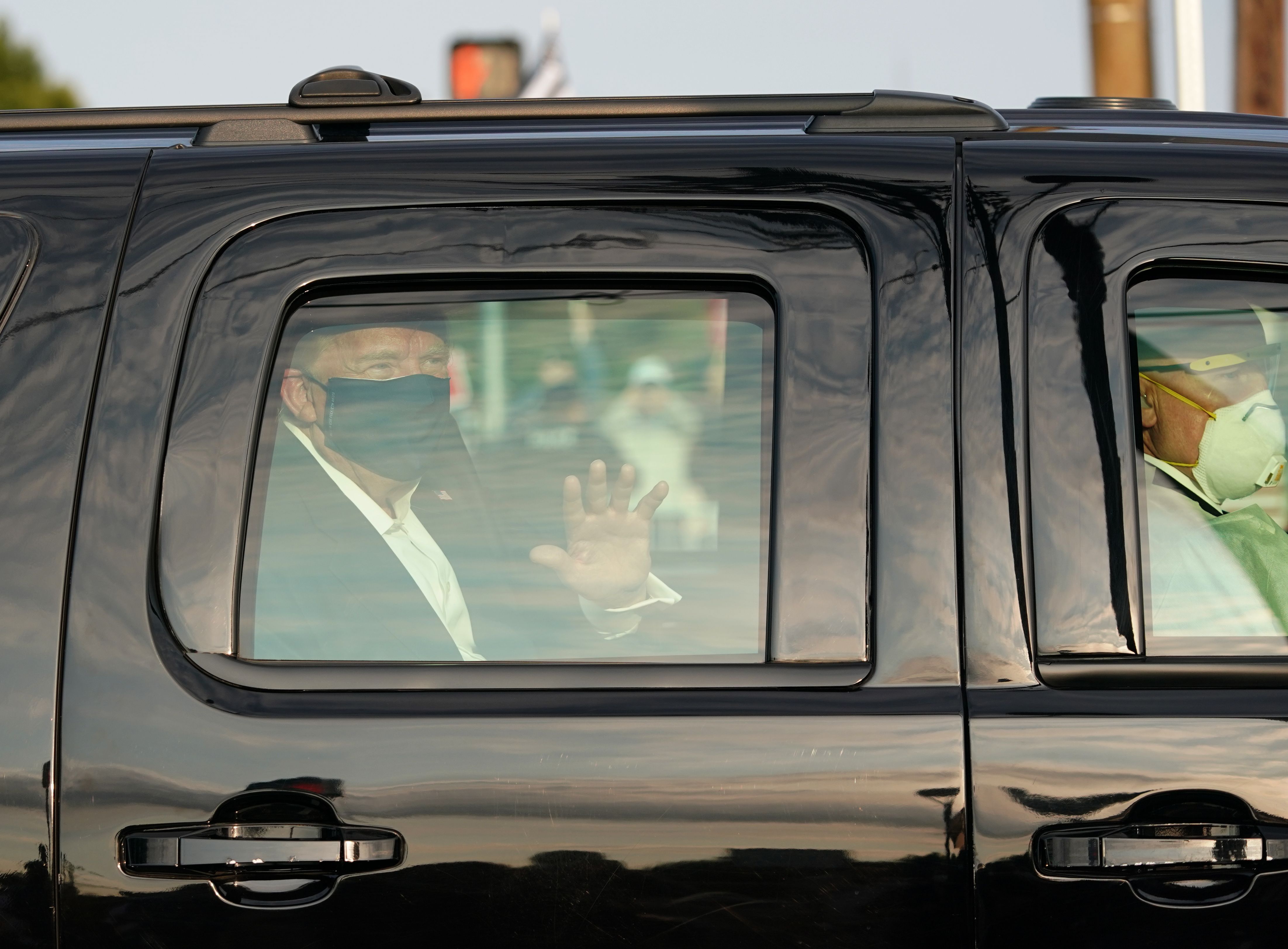 Biden also diverted from his usual campaign speech about rebuilding the economy after the pandemic to add, “The richness and beauty of Miami is built with the connections of family, culture, values that we share with our friends throughout the Caribbean and Latin America.”

Trump left the hospital Monday night. Although it’s not clear when he’ll be well enough for a full travel schedule, he's already thinking about one.

“Will be back on the Campaign Trail soon!!!" the president tweeted.

Biden advisers say they never considered dialing back his campaigning even while the president was hospitalized, especially with Vice President Mike Pence having taken on a larger role, including at Wednesday's debate with Biden's running mate, Kamala Harris, in Salt Lake City, Utah.

At a press conference on Monday, doctors from Walter Reed Medical Center and President Donald Trump’s physician announced that the president is doing well after being treated for the coronavirus and will return to the White House on Monday evening.

Still, Biden faces lingering questions about whether he was exposed to the virus. The Centers for Disease Control and Prevention recommends quarantining for two weeks after a person’s exposure to the virus. Biden shared a stage with the president for 90 minutes during last week’s first presidential primary debate.

Biden says he’s since been tested three times, all with negative results. His campaign has promised he will be tested regularly and has committed to releasing all results, but they’ve refused to comment on whether quarantine was considered after the debate and they haven’t said how often Biden will undergo tests.

Former White House COVID-19 Task Force Advisor and Pence aide Oliva Troye is revealing that she witnessed an effort to underplay the danger of the coronavirus for certain populations, ages and demographics while working in the White House.

During an MSNBC town hall later Monday evening, Biden said presidents should be transparent about their health, though he also “can understand that, in certain circumstances related to national security, where every detail would not be made available in the middle of a particular crisis.”

But Biden said withholding such information was only appropriately rarely and for short periods of time, saying it should be done “only on the margins and only for the moment.”

Since the president tested positive for the virus, Biden’s campaign has been even more disciplined about minimizing its candidate’s risk. The former vice president has begun keeping on his face mask even when giving speeches. And when he stopped to answer questions before boarding his plane to Miami, Biden’s wife, Jill, physically pulled him back to prevent him from moving too close to reporters, despite everyone wearing masks.

“We are not going to put people’s health at risk for a political campaign," Dunn said, “but we are going to campaign as vigorously as we can.”