The federal General Services Administration has recognized President-elect Joe Biden as the “apparent winner” of the Nov. 3 election. The move late Monday allows Biden to coordinate with federal agencies on plans for taking over on Jan. 20. Trump, who had refused to concede the election, said in a tweet that he is directing his team to cooperate on the formal transition but is vowing to keep up the fight.

The letter to Biden from Emily Murphy, the head of GSA, came after Trump efforts to subvert the vote failed across battleground states.

Here are the latest developments on the transition: 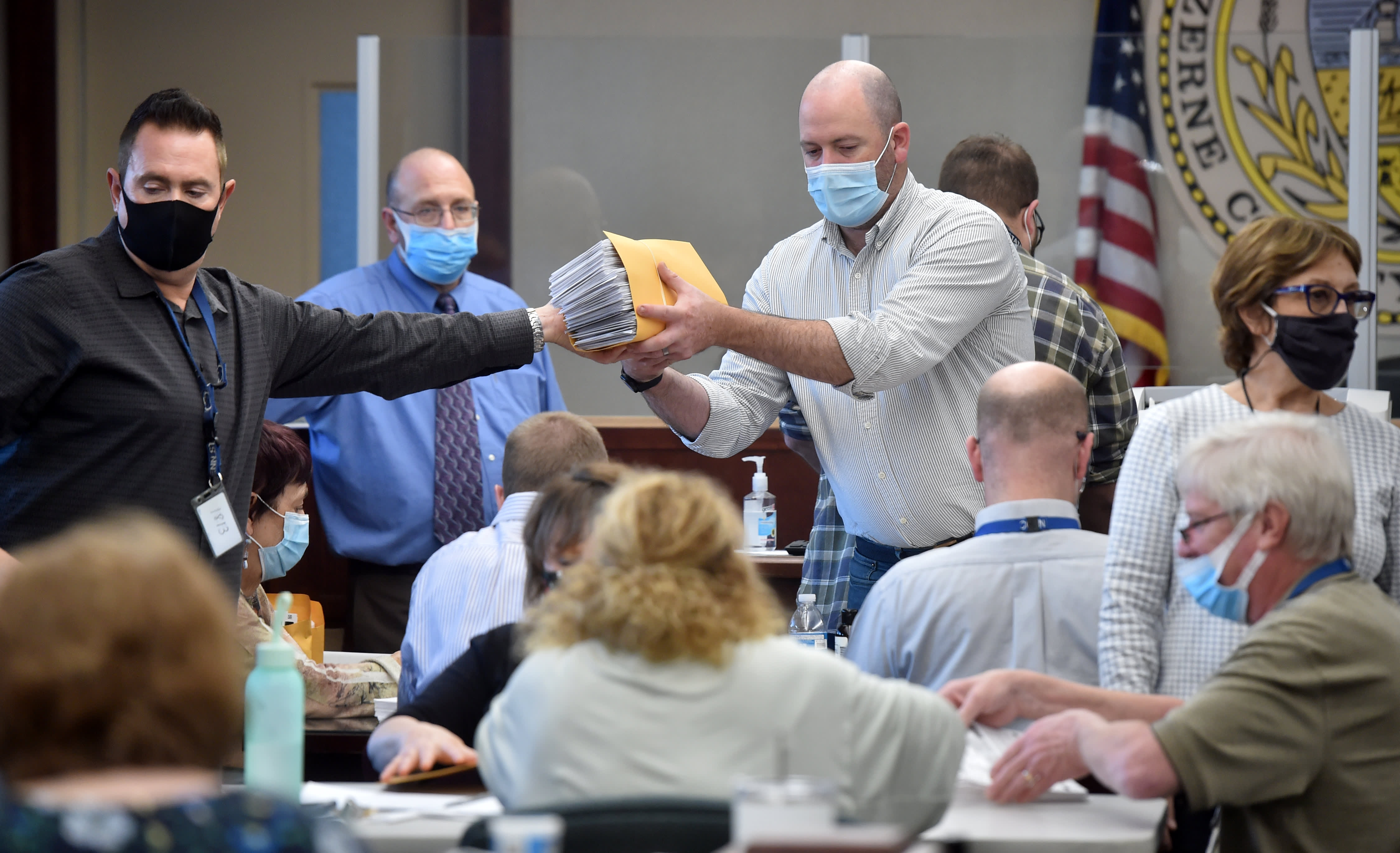 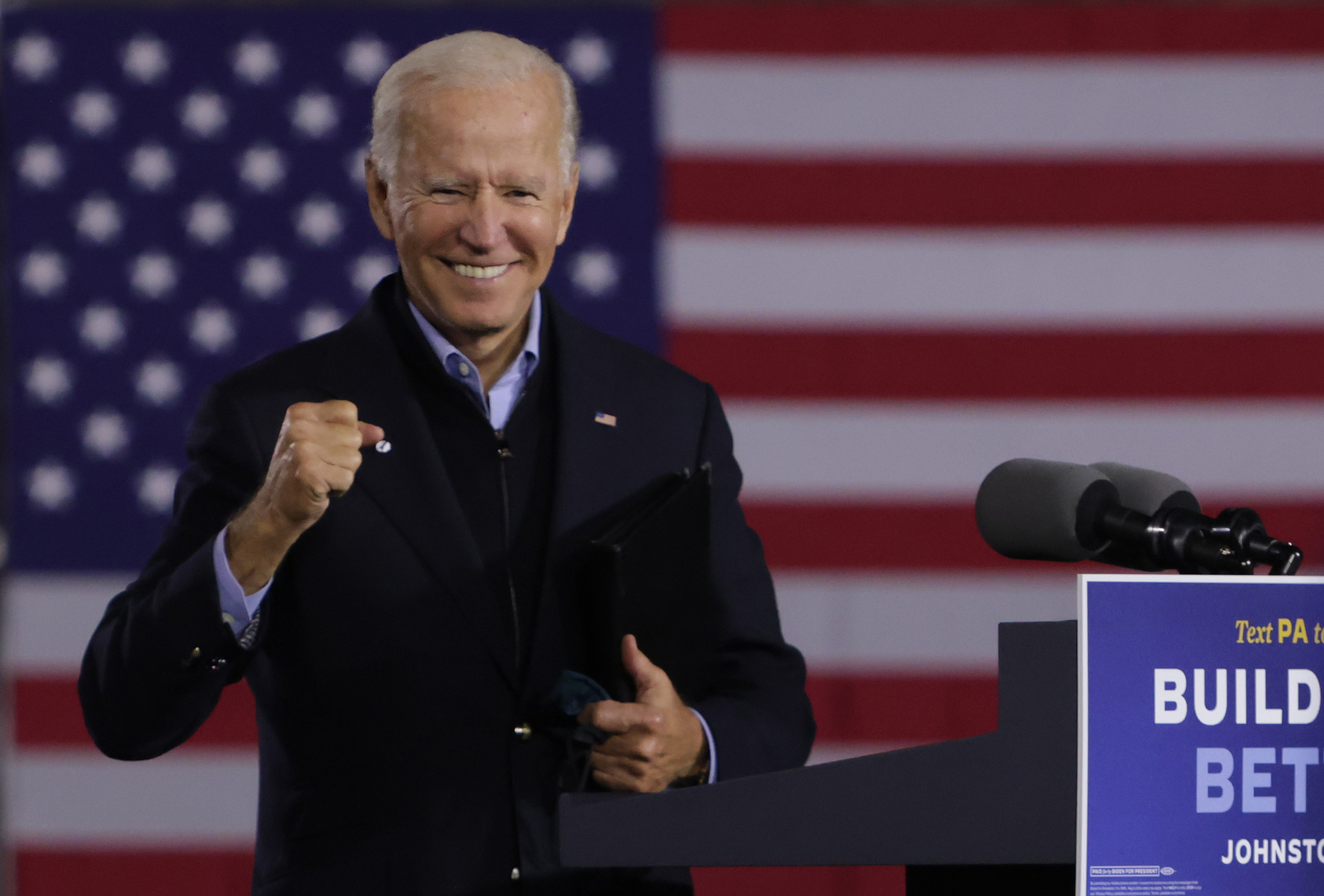 President-elect Joe Biden will begin receiving classified briefings regularly now that the Trump administration has removed a major roadblock from his transition.

Biden told reporters in Wilmington, Delaware, on Tuesday that while it's been offered, he hasn’t yet received the Presidential Daily Brief, the briefing on the most sensitive intelligence offered to top U.S. officials.

Biden has been blocked from receiving intelligence briefings, and his team had been barred from contacting their counterparts in the Trump administration, due to the General Services Administration’s refusal to ascertain that Biden won the election while the Trump campaign pursued legal challenges contesting the vote count. That ascertainment finally came Monday night, lifting the roadblocks to cooperation.

Biden said he’ll now have the briefing “on a regular basis." Since the ascertainment, he said, Trump administration officials “have been very forthcoming, offering all access.”

Biden also said that he had not yet spoken to Dr. Anthony Fauci, the government’s top infectious disease expert, but that his staff had and that he’s been “very, very helpful.”

Republicans have filed a lawsuit asking the Wisconsin Supreme Court to block certification of the presidential election results. A recount over President-elect Joe Biden’s win over President Donald Trump is ongoing.

The lawsuit filed Tuesday echoes many of the same arguments Trump is making in trying, unsuccessfully, to have tens of thousands of ballots discounted during the recount.

At least 10 cases have been filed across the country seeking to halt certification in parts of all of key battleground states. So far none have been successful. Wisconsin’s election results are scheduled to be certified on Dec. 1.

The state canvassing board on Tuesday certified Joe Biden’s win in New Mexico, delivering the state’s five electoral votes to the Democrat.

The approval came as the board was forced to meet remotely amid a surging pandemic that has seen COVID-19 cases and deaths reach record highs in the state in recent weeks.

Biden’s statewide election victory without a campaign visit to New Mexico extended a string of victories for his party in a state where Democratic voters outnumber Republicans by 14 percentage points.

Who Is in President-elect Joe Biden's Cabinet?

The Biden Administration: A Look at Who Has Been Nominated

President-elect Joe Biden, who will be sworn in on Jan. 20, has started to choose people to fill top positions in his administration.

Biden Introduces His National Security Team, Says They Show 'America Is Back' on World Stage

President-elect Joe Biden says his national security team will lead the way in reflecting the fact that “America is back” on the world stage.

During a speech Tuesday in Wilmington, Delaware, Biden said that his team would “embody my core beliefs that America is strongest when it works with its allies.”

In rolling out his national security picks, including top posts for State Department and Department of Homeland Security, Biden said the nominees show “experience and leadership, fresh thinking and perspective and an unrelenting belief in the promise of America.”

The State Department alone has seen a significant number of departures from its senior and rising mid-level ranks during the Trump administration. Many diplomats have opted to retire or leave the foreign service, given limited prospects for advancements under an administration they believed did not value their expertise.

President Donald Trump briefly emerged Tuesday to tout the Dow Jones Industrial Average breaking 30,000 for the first time ever, and then vanished after a minute without taking questions, CNBC reports.

The president’s mini appearance, perhaps his shortest-ever remarks from the lectern of the White House briefing room, came less than a day after his administration took a major step toward the transition into Joe Biden’s presidency. The General Services Administration chief Emily Murphy told Biden in a letter Monday that the Trump administration is making federal resources available for his transition into office.

But Trump, three weeks after Election Day, still has not conceded the race to Biden. He made no mention of his ongoing struggle to overturn the results of the election during his remarks Tuesday afternoon, which lasted about 62 seconds in total.

Rather, Trump bragged about the stock market’s latest milestone, which came as the U.S. economy continues to recover from the devastating impact of the coronavirus pandemic earlier in the year.

Trump has repeatedly claimed that if Biden won the election, the stock market and the economy would “crash.” But the Dow’s record-setting rally came weeks after news outlets called the race for Biden, and days after the president-elect started revealing the top officials who would occupy his Cabinet.

Nearly 400 absentee ballots cast in Milwaukee that were not opened on Election Day were discovered as part of a recount Tuesday, a mistake the city's top elections official attributed to human error.

Democrat Joe Biden won Wisconsin by 20,600 votes and President Donald Trump paid for a recount in just Milwaukee and Dane counties — the counties with the most votes for Biden.

The 386 uncounted ballots were found on the fourth day of the recount.

The city’s top elections official, Claire Woodall-Vogg, said not counting the 386 ballots on Nov. 3 was due to an error by new election inspectors. The unopened ballots were discovered underneath ballots that had been counted, she said. The county board of canvassers voted unanimously to count the ballots as part of the recount.

As of Tuesday morning, recounted ballots not including the newly discovered ones showed a net gain of only 57 votes for Trump.

Trump is widely expected to file a lawsuit challenging tens of thousands of absentee ballots once the recount is complete. Trump’s campaign has raised objections to broad categories of ballots, including all absentee ballots cast in-person.

The Nevada Supreme Court has made Joe Biden’s win in the state official, approving the final canvass of the Nov. 3 election.

The unanimous action Tuesday by the seven nonpartisan justices sends to Democratic Gov. Steve Sisolak results that will deliver six electoral votes from the western U.S. battleground state to Biden.

The court action drew extra scrutiny amid legal efforts by the state GOP and Trump campaign to prevent sending vote-by-mail ballots to all 1.82 million active registered voters and then to stop the counting of the 1.4 million votes that were cast. Certification of the vote does not stop several lawsuits pending in state and federal courts.

Meanwhile, the North Carolina State Board of Elections certified the results of the November general election on Tuesday, awarding the state's 15 electoral votes to President Donald Trump. The five-member board tasked with overseeing elections voted 4-1 to certify the results.

Biden fell short of Trump in the state by 1.3 percentage points, a narrower defeat than the 1.7-point loss Democratic senate candidate Cal Cunningham had to Republican Sen. Thom Tillis.

Democrat Joe Biden has been certified as the winner of the presidential election in Pennsylvania, culminating three weeks of vote counting and a string of failed legal challenges by President Donald Trump, state officials said Tuesday.

The Pennsylvania State Department “certified the results of the November 3 election in Pennsylvania for president and vice president of the United States,” Gov. Tom Wolf, a Democrat, tweeted.

“As required by federal law, I’ve signed the Certificate of Ascertainment for the slate of electors for Joe Biden and Kamala Harris," Wolf wrote.

The State Department said Wolf's “certificate of ascertainment” has been sent to the national archivist in Washington. Pennsylvania's electors, a mix of elected Democrats, party activists and other staunch Biden backers, will meet in the state Capitol on Dec. 14.

The results show Biden and Harris with 3.46 million votes, Trump and Vice President Mike Pence with 3.38 million, and Libertarian Jo Jorgensen with 79,000.

Michele Flournoy Could Be First Woman to Run Pentagon

Michele Flournoy, Joe Biden's probable pick to run the Pentagon, would be the first female secretary of defense if confirmed and could appoint an unprecedented number of women to senior roles at the Defense Department. But she could also face resistance from progressive Democrats for what they see as her hawkishness and her ties to the defense industry.

Biden is poised to announce Flournoy as his nominee as early as Tuesday, according to three people familiar with the decision, NBC News reports.

Five states and the District of Columbia are scheduled to certify their election results Tuesday.

They include Minnesota, Nevada, New Mexico and the District of Columbia, all won by President-elect Joe Biden, along with Indiana and North Carolina, which went to President Donald Trump.

A total of 16 states have so far certified their results, awarding Biden 54 of his 306 Electoral College votes and Trump 73 of his 232 votes. Florida is the only one of the four most populous states to certify. Deadlines are early next month for the others: California, Texas and New York.

All states must certify before the Electoral College meets on Dec. 14, and any challenge to the results must be resolved by Dec. 8.

President-elect Joe Biden is set to formally introduce his national security team to the nation at an event Tuesday afternoon in Wilmington, Delaware.

The picks include former Secretary of State John Kerry to take the lead on combating climate change, Antony Blinken as secretary of state, Jake Sullivan as national security adviser, Alejandro Mayorkas to lead the Department of Homeland Security. He also plans to nominate Avril Haines, the former deputy director of the CIA, to serve as the first female director of national intelligence, as well as Linda Thomas-Greenfield as U.S. ambassador to the United Nations.

Outside the realm of national security and foreign policy, Biden is expected to choose former Fed chair Janet Yellen as the first woman to serve as treasury secretary.

Now that the head of the General Services Administration has “ascertained” that President-elect Joe Biden is the apparent winner of this month's presidential election, his team finally has access to official government website domains.

Former Watergate sleuth Carl Bernstein took to Twitter to list the names of 21 Republican senators who he says have “repeatedly expressed contempt” for Donald Trump and his fitness to be president.

Bernstein's post was condemned Monday by some of those involved. It was an eyebrow-raising modern twist on journalism from the former Washington Post reporter who, with partner Bob Woodward in the 1970s, penned scoops that led to the resignation of President Richard Nixon.

Bernstein said he wasn't violating any confidentiality pledges in listing the senators. He said he learned of the politicians' supposed private feelings through conversations with some of their colleagues, staff members, lobbyists and White House aides.

“With few exceptions, their craven public silence has helped enable Trump's most grievous conduct — including undermining and discrediting the U.S. electoral system,” he tweeted late Sunday.

Many Washington reporters have talked about lawmakers who have privately expressed reservations about Trump but rarely attached names to their stories. Bernstein said he believed several of the Republicans on his list were privately happy about Democrat Joe Biden's victory.