Democrats Make It Official, Nominate Biden to Take on Trump

Biden will accept the nomination on Thursday

Democrats formally nominated Joe Biden as their presidential candidate, with party elders, a new generation of politicians and voters in every state joining in an extraordinary, pandemic-cramped virtual convention to send him into the general election campaign to oust President Donald Trump.

For someone who has spent more than three decades eyeing the presidency, the moment Tuesday night was the realization of a long-sought goal. But it occurred in a way that the 77-year-old Biden couldn’t have imagined just months ago as the coronavirus pandemic prompted profound change across the country and in his presidential campaign.

Instead of a Milwaukee convention hall as initially planned, the roll call of convention delegates played out in a combination of live and recorded video feeds from American landmarks packed with meaning: Alabama’s Edmund Pettus Bridge, the headwaters of the Mississippi River, a Puerto Rican community still recovering from a hurricane and Washington’s Black Lives Matter Plaza.

Biden celebrated his new status as the Democratic nominee alongside his wife and grandchildren in a Delaware school library. His wife of more than 40 years, Jill Biden, later spoke of her husband in deeply personal terms, reintroducing the lifelong politician as a man of deep empathy, faith and resilience to American voters less than three months before votes are counted.

Watch the best moments from the second night of the 2020 Democratic National Convention. Footage provided is a mixed feed and is a joint effort by the pool and the DNCC.

“There are times when I couldn’t imagine how he did it — how he put one foot in front of the other and kept going,” she said. “But I’ve always understood why he did it. He does it for you.”

The convention’s most highly anticipated moments will unfold on the next two nights. Kamala Harris will accept her nomination as Biden’s running mate on Wednesday, the first Black woman to join a major party ticket. Former President Barack Obama will also speak as part of his stepped-up efforts to defeat his successor.

Biden will deliver his acceptance speech Thursday night in a mostly empty convention hall near his Delaware home.

Biden used the second night of the four-day convention to feature a mix of party elders, Republican as well as Democratic, to make the case that he has the experience and energy to repair chaos that Trump has created at home and abroad.

Watch former Secretary of State John Kerry deliver his full address during the second night of the 2020 Democratic National Convention. Footage provided is a mixed feed and is a joint effort by the pool and the DNCC.

Some of them delivered attacks against Trump that were unusually personal, all in an effort to establish Biden as the competent, moral counter to the president.

“Donald Trump inherited a growing economy and a more peaceful world,” Kerry said. “And like everything else he inherited, he bankrupted it. When this president goes oversees it isn’t a goodwill mission. It’s a blooper reel.”

Clinton said Trump’s Oval Office is a place of chaos, not a command center.

“If you want a president who defines the job as spending hours a day watching TV and zapping people on social media, he’s your man,” Clinton said.

Watch Dr. Jill Biden, wife of Democratic presidential candidate Joe Biden, deliver her full address during the second night of the 2020 Democratic National Convention. Footage provided is a mixed feed and is a joint effort by the pool and the DNCC.

For his part, Trump spent Tuesday courting battleground voters in an effort to distract from Biden’s convention. Appearing in Arizona near the Mexican border during the day, the Republican president claimed a Biden presidency would trigger “a flood of illegal immigration like the world has never seen.”

Such divisive rhetoric, which is not supported by Biden’s positions, has become a hallmark of Trump’s presidency, which has inflamed tensions at home and alienated allies around the world.

Biden has the support of a sprawling political coalition, as demonstrated again during Tuesday's convention, although neither history nor enthusiasm is on his side.She added: “Faced with a president of cowardice, Joe Biden is a man of proven courage.”

Just one incumbent president has been defeated since 1992, George H.W. Bush. And Biden’s supporters consistently report that they’re motivated more by opposition to Trump than excitement about Biden. 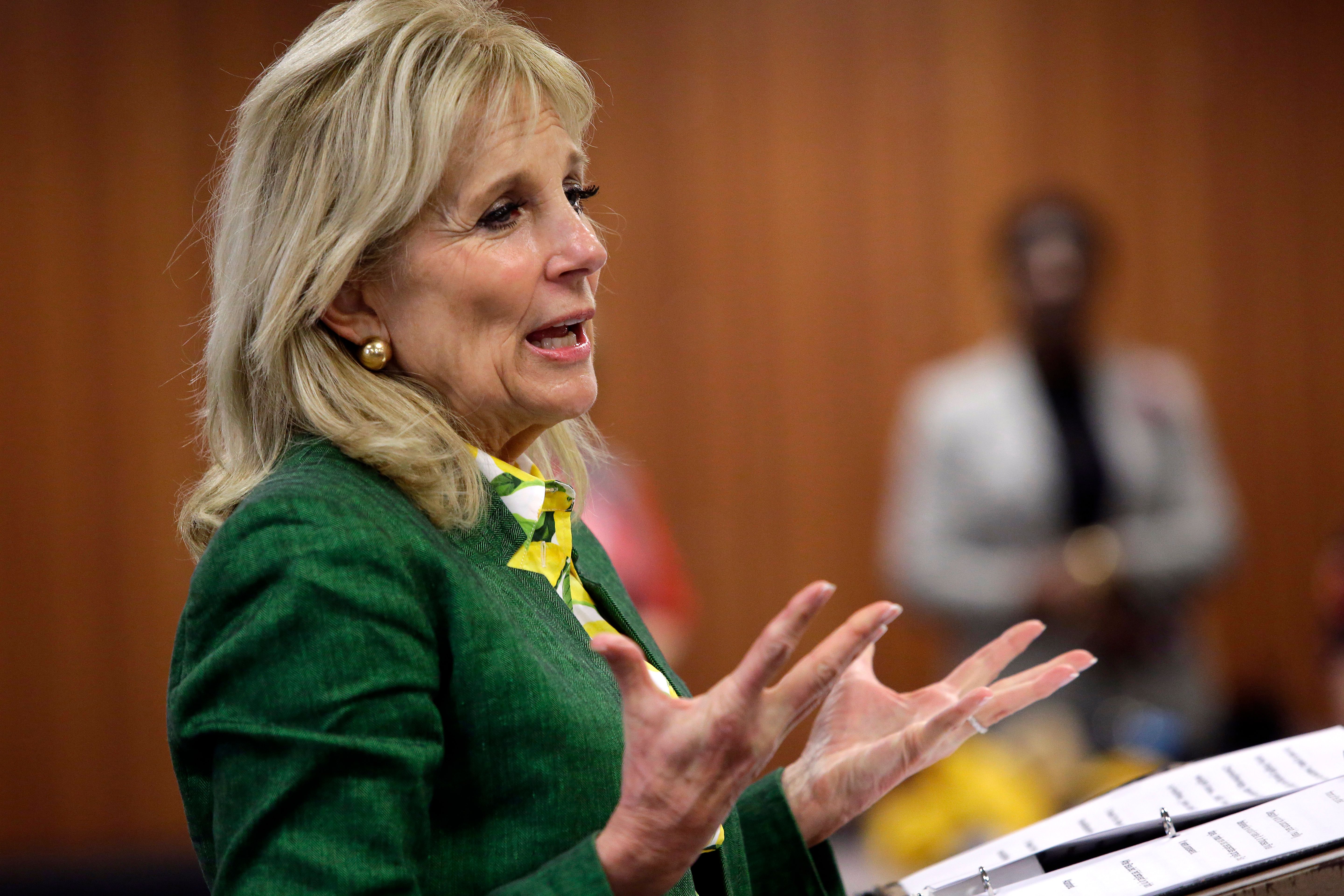 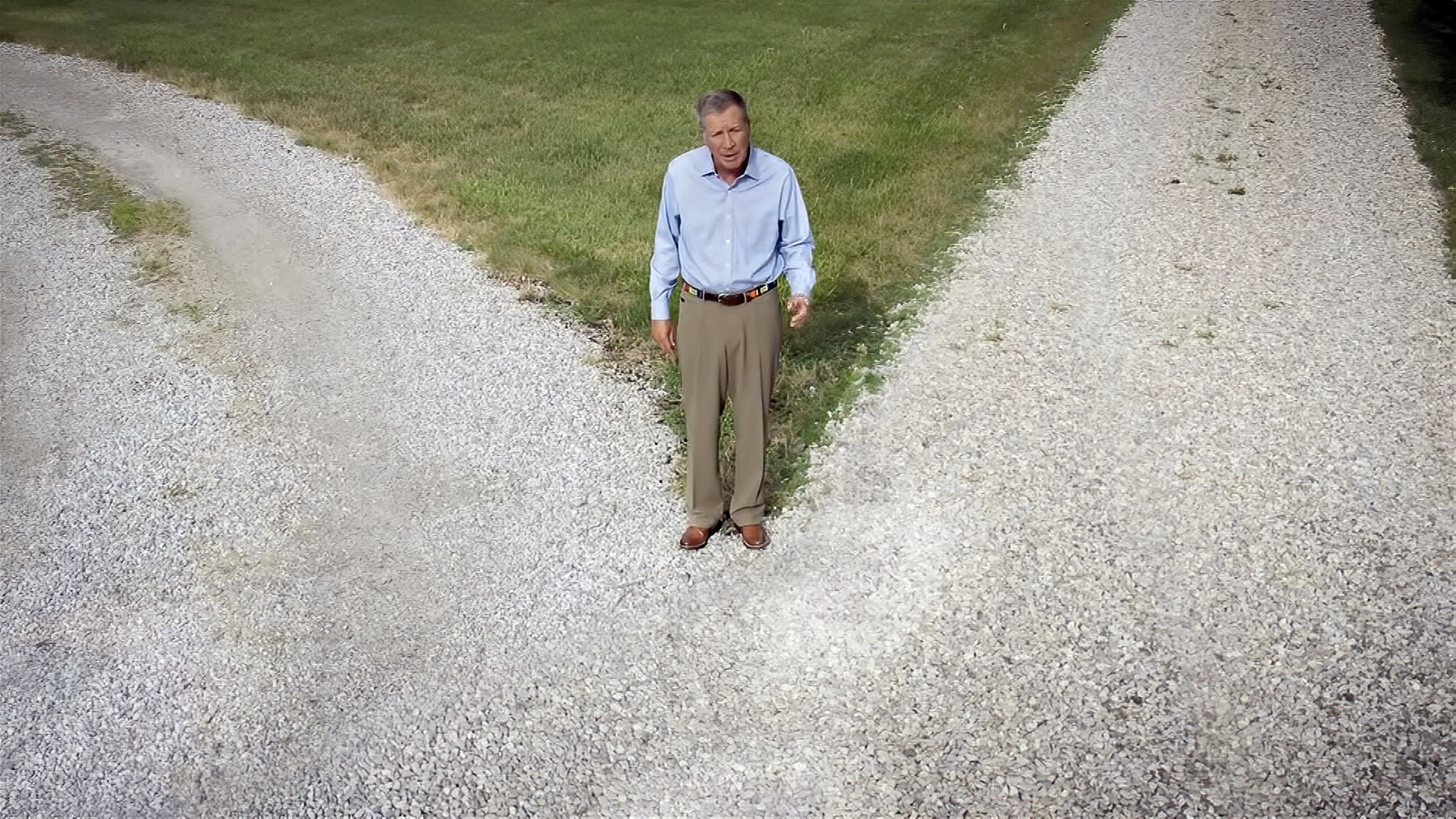 A collection of younger Democrats, including former Georgia lawmaker Stacey Abrams and New York Rep. Alexandria Ocasio-Cortez, were given a few minutes to shine. But overall, there was little room on Tuesday’s program for the younger stars of the party’s far-left wing.

“In a democracy, we do not elect saviors. We cast our ballots for those who see our struggles and pledge to serve,” said Abrams, 46, who emerged as a national player during her unsuccessful bid for governor in 2018 and was among those considered to be Biden’s running mate.

For a second night, the Democrats featured Republicans.

Powell, who served as secretary of state under George W. Bush and appeared at multiple Republican conventions in years past, endorsed the Democratic candidate. He joined the wife of the late Arizona Sen. John McCain, Cindy McCain, who stopped short of a formal endorsement but spoke in a video of the mutual respect and friendship her husband and Biden shared.

Watch former President Bill Clinton deliver his full address during the second night of the 2020 Democratic National Convention. Footage provided is a mixed feed and is a joint effort by the pool and the DNCC.

While there have been individual members of the opposing party featured at presidential conventions before, a half dozen Republicans, including the former two-term governor of Ohio, have now spoken for Democrat Biden.

The Democrats’ party elders played a prominent role throughout the night.

Clinton, who turns 74 on Tuesday, hasn’t held office in two decades. Kerry, 76, was the Democratic presidential nominee back in 2004 when the youngest voters this fall were still in diapers. And Carter left office in 1981.

Biden’s team did not give the night’s coveted keynote address to a single fresh face, preferring instead to pack the slot with more than a dozen Democrats in their 20s, 30s and 40s. The younger leaders included Abrams, Rep. Conor Lamb, D-Pa., and the president of the Navajo Nation, Jonathan Nez.

It remains to be seen whether the unconventional convention will give Biden the momentum he’s looking for.

Preliminary estimates show that television viewership for the first night of the virtual convention was down compared with the opening of Hillary Clinton’s onsite nominating party four years ago.

“We are producing a digital convention, and people are watching,” Biden spokesman T.J. Ducklo tweeted.

Watch the top moments from the first night of the 2020 Democratic National Convention. Footage provided is a mixed feed and is a joint effort by the pool and the DNCC
Copyright AP - Associated Press