GOP Struggles to Define Biden, Turns to Culture Wars Instead

The GOP is focusing more on America's culture wars than on Biden, including a relatively new villain decried as 'cancel culture'

President Joe Biden and the Democrats were on the brink of pushing through sprawling legislation with an eye-popping, $1.9 trillion price tag.

But many Republican politicians and conservative commentators had other priorities in recent days. A passionate defense of Dr. Seuss. Serious questions about the future of Mr. Potato Head. Intense scrutiny of Meghan Markle.

The conservatives' relentless focus on culture wars rather than the new president highlights both their strategy for regaining power in Washington and their challenge in doing so. Unlike previous Democratic leaders, Biden himself simply isn't proving to be an easy target or animating figure for the GOP base, prompting Republicans to turn to the kind of cultural issues the party has used to cast Democrats as elitist and out of touch with average Americans.

“There’s just not the antipathy to Biden like there was Obama. He just doesn’t drive conservative outrage,” said Alex Conant, a longtime GOP operative, who worked for the Republican National Committee in 2009 as they labored to undermine then-President Barack Obama.

A group of young Republicans who call themselves Gen Z GOP are aiming to reshape the party for their generation. These Washington, D.C., college students all identify as Republican. They don’t, however, feel like they’re at home in the GOP under President Trump. Here's how they're trying to change that.

“They never talk about Biden. It’s amazing,” Conant said of the conservative news media. “I think Fox covered Dr. Seuss more than Biden’s stimulus bill in the week leading up to the vote.”

The challenge is a continuation of the 2020 campaign, when then-President Trump struggled to land a consistent attack on Biden. The branding of Biden as “sleepy” never stuck in the same way as Trump's derision of Hillary Clinton as “crooked” in 2016. Other GOP efforts to define Biden as a radical or to attack his mental acuity also didn't resonate.

Merchandise stands outside Trump’s rallies featured buttons and shirts mocking Clinton and Obama, but few bashing Biden. Clinton, who remains reviled on the right, was featured far more prominently on stage at last month’s annual Conservative Political Action Conference in Florida than the current occupant of the Oval Office.

The GOP is focusing more on America's culture wars than on Biden, including a relatively new villain decried as "cancel culture.”

President Joe Biden's $1.9T stimulus package will likely pass with no Republican support, leading some to question his pledge to unite the country around the legislation.

House Minority Leader Kevin McCarthy tweeted a video of himself reading from Dr. Seuss in the days after the author’s publishing house announced it was discontinuing several books that contained racist imagery. And former Trump aide Stephen Miller joined others on the right in launching a Twitter defense of Buckingham Palace after Markle, in a blockbuster interview with Oprah Winfrey, alleged racist treatment by an unnamed member of the monarchy.

“It’s gonna take Republicans a few weeks to realize how badly they got rolled on the COVID bill while they wasted all their precious time and energy whining about Dr. Seuss,” tweeted Amanda Carpenter, a former adviser to Republican Sen. Ted Cruz of Texas.

Biden's strategy on the culture war issues has been to largely not engage. White House press secretary Jen Psaki danced around questions about Dr. Seuss.

Biden himself has largely stayed gaffe-free, with the exception of his calling decisions by Republican governors to lift mask mandates “Neanderthal,” which generated a brief tempest on the right.

More than 120 former Republican officials held a meeting to discuss breaking off from the GOP to form a new, centrist party that's opposed to former President Trump, according to a report by Reuters. NBCLX's Noah Pransky explains what this could mean for the party and our democracy.

Instead, the West Wing has focused on the relief bill, believing that Americans will reward results, not controversy.

"The cancel culture is a huge meme on the right and it may work with the base, but the base is not the country at large,” said David Axelrod, former senior adviser to Obama. “That is a sideshow right now, the main event is the virus and how quickly are we going to be able to get back to normal.”

Biden, Axelrod said, has remained “a difficult target” for the Republicans.

“He does not engage, he does not personalize his disputes, and while he is pursuing a progressive platform, he does not use the conventional ideological language about it,” Axelrod said. “He’s not a provocative personality.”

Biden, who focused a portion of his campaign trying to win back working-class white voters who left the Democratic Party for Trump, also inherently does not face the racist attacks aimed at Obama or the sexist ones targeted at Clinton. 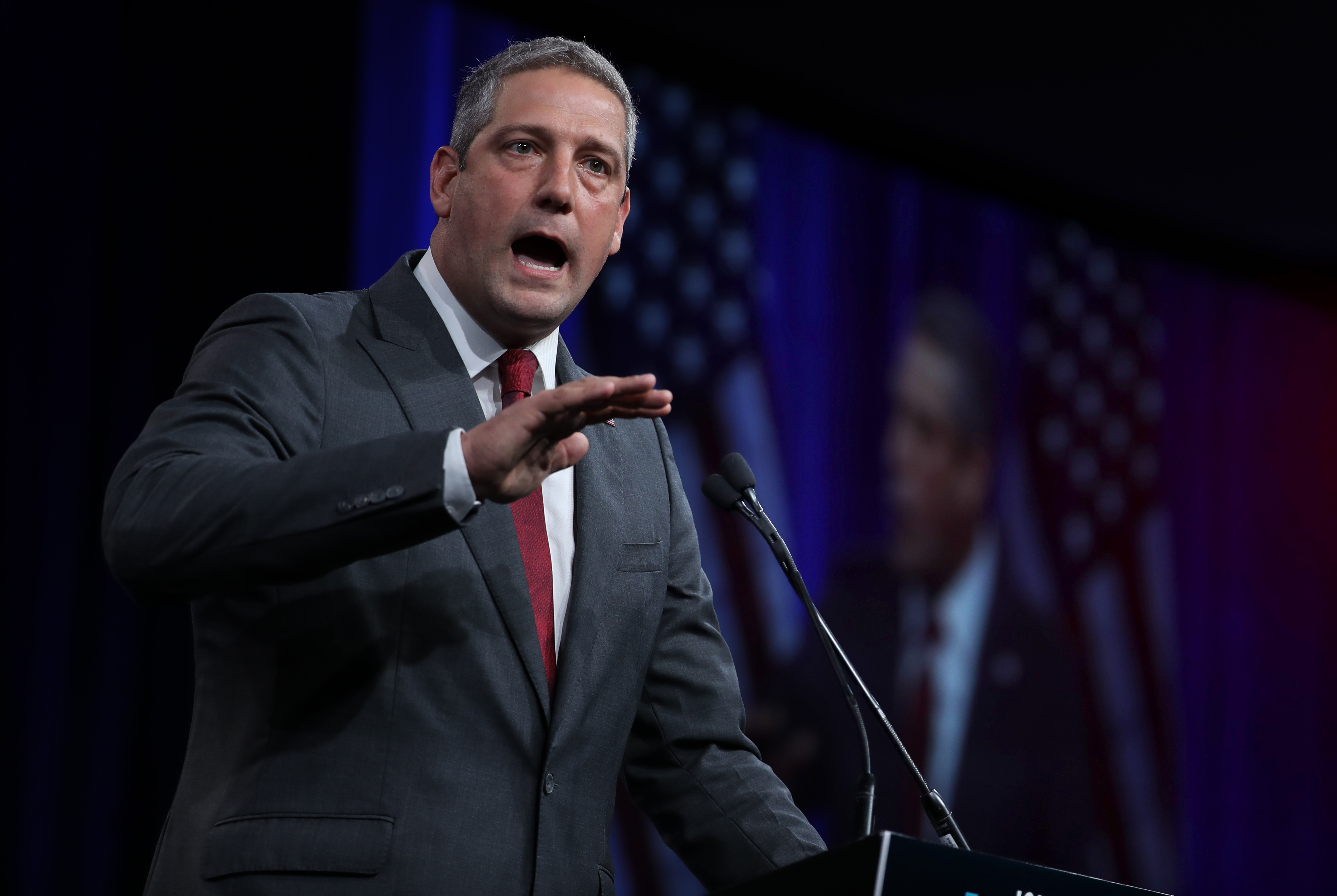 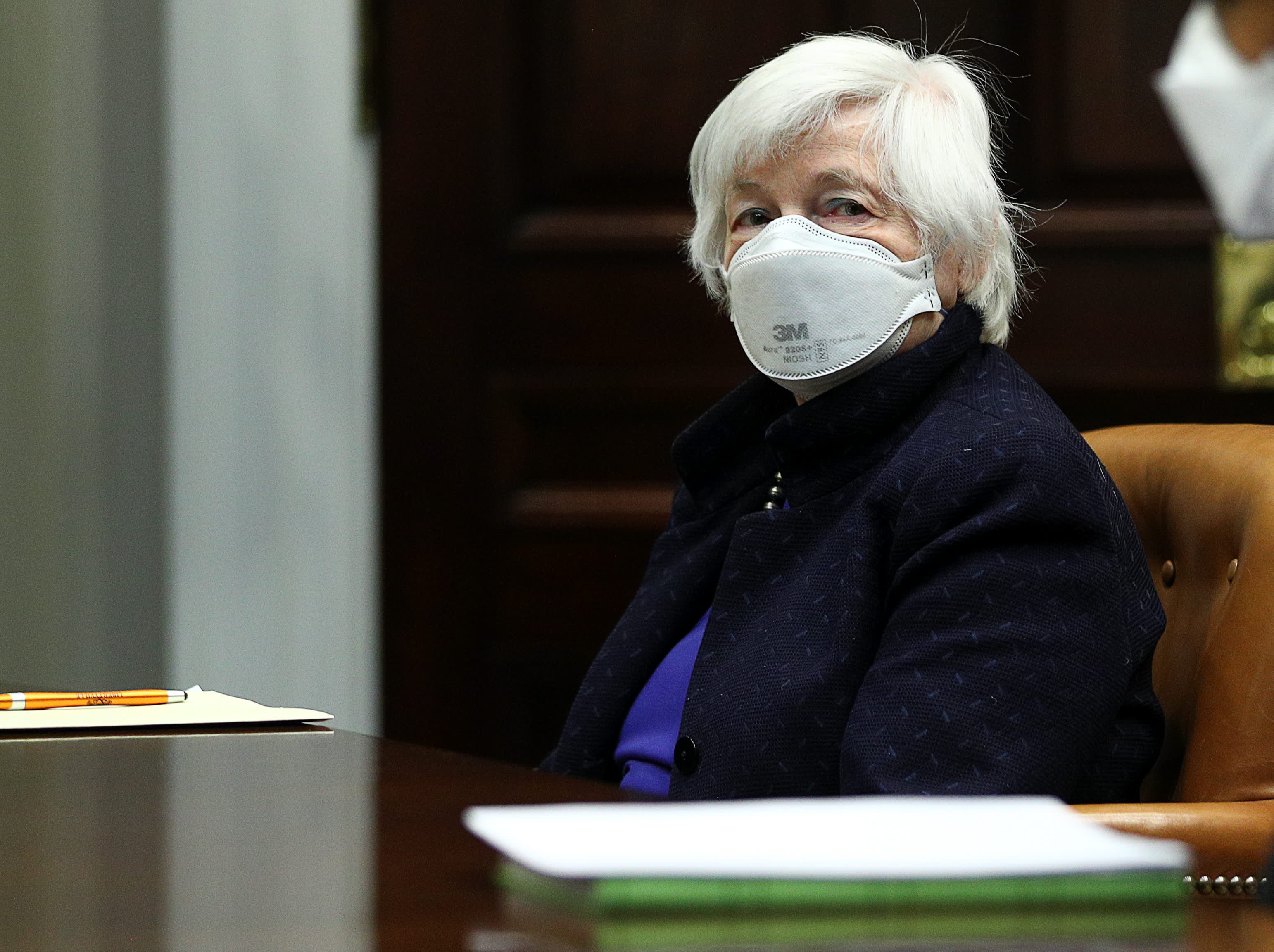 Much of Trump’s campaign’s vitriol was directed not at Biden, who sold himself as a middle-of-the-road unifier, but soon-to-be Vice President Kamala Harris, a woman of color. Harris, the Trump team argued, would be truly in charge, with Biden a mere “empty vessel” being used to enact others’ radical agendas.

Additionally, Republican efforts to combat Biden have been slowed by the civil war in its own ranks as the party grapples with its direction in Trump’s persistent shadow.

Some Republicans argue it will simply take time for the GOP to organize against Biden, given the honeymoon period most new presidents enjoy. Biden has also staked a lower profile than Obama, making him a less effective foil in uniting Republicans.

“I think that’s just what happens with a new president,” said Josh Holmes, a former aide to Republican Senate leader Mitch McConnell, who spearheaded a move to stymie Obama after the 44th president was inaugurated.

Now that President Trump has been impeached for the second time, all eyes turn to the Senate where Republicans will need to decide whether to vote for conviction. The Washington Post's David Fahrenthold joined LX News to explain the political calculations being made by Senate Republicans about whether to end the Trump era once and for all.

“When you lose a big election, there’s sort of a scattering effect, (and) it wasn’t until June or so and the beginnings of the discussion on Obamacare where we were really able to cohesively fight back,” Holmes said. “I think by the spring, you’re dealing with a much more cohesive Republican Party than you are the first couple weeks.”

Republicans believe there will be opportunities to better push back when the White House moves onto thornier issues like immigration, voting rights legislation and a potentially massive infrastructure and jobs bill. Many also believe that the ongoing herky-jerky process to reopen schools for in-person learning could end up damaging Biden.

All the while, the Biden White House is underscoring its attempts at bipartisanship, putting the Republicans on the defensive for not signing onto the broadly popular COVID relief bill.

“Many of the Republicans who voted against this are outliers and are against the grain of what the people in their own districts supported,” Psaki said. “So they may be getting questions about that once relief goes out, once schools are able to upgrade facilities and benefit from these checks.”