Representatives Mario Díaz-Balart, María Elvira Salazar and Carlos Giménez were among the 11 Republicans to vote yes

Three South Florida GOP representatives voted Thursday to strip Georgia Rep. Marjorie Taylor Greene of her House committee assignments over her past hateful comments and spreading of conspiracy theories, including one that implied the Parkland school shooting was a hoax.

Representatives Mario Díaz-Balart, María Elvira Salazar and Carlos Giménez were among the 11 Republicans to vote yes with House Democrats to remove the freshman congresswoman from the Education and Labor and Budget committees. The votes were 230-199.

"I've previously started that (Marjorie Taylor Greene's) comments are unacceptable, and today I voted to remove her from her committed assignments," Díaz-Balart tweeted shortly after the vote. He went on to list three other representatives -- Rep. Ilhan Omar, Rep. Maxine Waters and former Rep. Cynthia McKinney -- that he believed should be removed from their committees for the same reason.

"Voting against a member of your own party is never easy, but everyone in Congress must be held to the same standard," Salazar said in a statement. "As I have repeatedly criticized Ilhan Omar for her anti-Semitic comments, I had to hold Marjorie Taylor Greene accountable for her denial of the Parkland massacre, the Flight 777 crash, and accusing a Jewish family of starting the California wildfires."

Giménez echoed this sentiment and called for Speaker Nancy Pelosi to "review and heavily weigh the consequences of similar anti-Semitic, conspiratorial, and violence-invoking comments made by House Democrats."

"Too often, Democratic Members of Congress are let off the hook when deeply hurtful comments are swept under the rug for the sake of political expedience," Gimenez's statement said in part. "I look forward to my colleagues across the aisle applying this standard to all Members of Congress."

Greene took aim at the Democrats and 11 Republicans in a news conference the morning after the vote.

“When you have Republicans in the ranks voting against one of their own, opening the door for Democrats to go after every single Republican next, that really is a big betrayal," she said.

"Oh, of course I’m sorry for saying all those things that are wrong and offensive and I sincerely mean that," she said of her past incendiary comments.

In a hearing before the vote, Greene tried to disassociate herself from her "words of her past."

Three South Florida Republican representatives were among the 11 GOP members to vote to remove Marjorie Greene from her committee assignments over her past incendiary comments. NBC 6's Kim Wynne reports

Contradicting past social media posts, she said she believes the 9-11 attacks and mass school shootings were real and no longer believes QAnon conspiracy theories, which include lies about Democratic-run pedophile rings.

A recently surfaced video shows Greene, before she was elected into Congress, berating MSD shooting survivor and activist David Hogg as he walked down the streets of Washington D.C., sparking outrage from the parents of the Parkland victims.

"Saying that Feb. 14, one of the worst high school mass murders in the United States history, never happened -- it’s been very very hard to deal with, and I’m glad she will have less of a platform," said Max Schachter, whose son Alex was killed in the massacre. 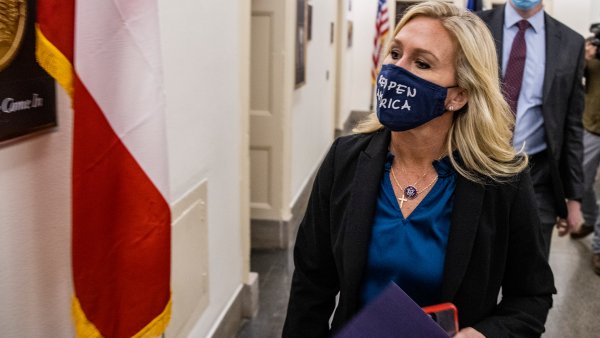 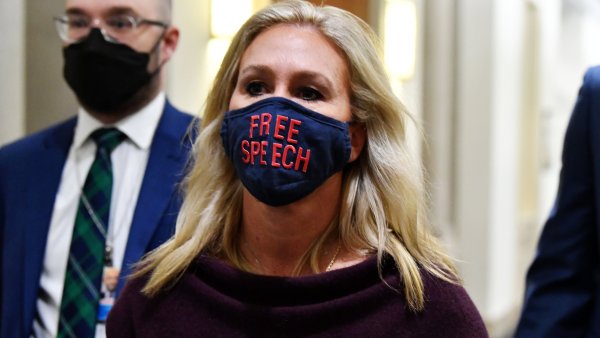