President Donald Trump’s No. 2 said in an interview with the Christian Broadcasting Network he has respect for the Supreme Court as an institution.

But, he said that recent decisions on abortion and coronavirus-related restrictions on church services were “a reminder of just how important this election is for the future of the Supreme Court.” 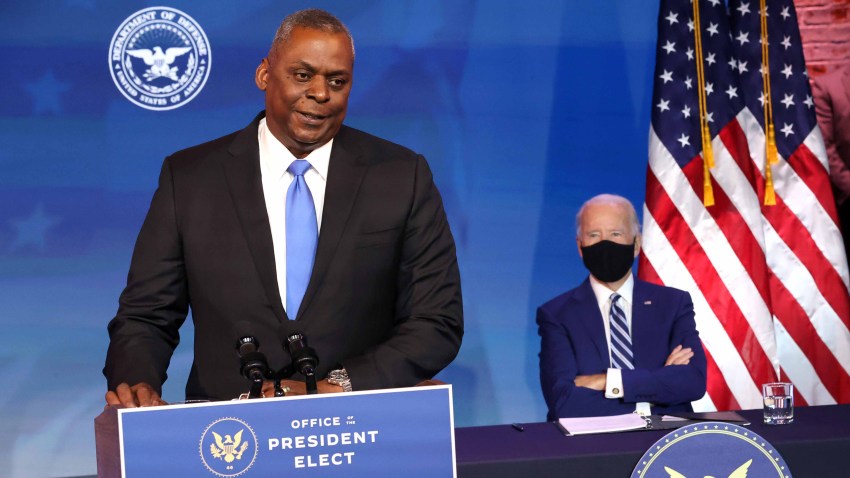 “We remember the issue back in 2016, which I believe loomed large in voters’ decisions between Hillary Clinton and the man who would become president of the United States,” Pence said in the interview published published Wednesday evening. “And some people thought it would not be as big an issue these days, but I think that’s all changed.”

The Supreme Court term that ended last month, the first full term with both of Trump’s appointees on the bench, had Republicans up in arms over what some called politically biased decisions.

While the court handed major wins to both conservatives and liberals in several major cases, high-profile rulings on reproductive rights activists, LGBT workers and the young migrants known as “Dreamers” earned fury from those on the right.

In the interview, Pence singled out the abortion ruling. The case concerned a Louisiana measure that required abortion providers in the state to obtain admitting privileges at a nearby hospital.

The nine-member court struck down the law 5-4, with Roberts joining the court’s four Democratic appointees.

Pence called the Louisiana law a “very modest restriction” and said the case was “a wake-up call for pro-life voters around the country who understand, in a very real sense, the destiny of the Supreme Court is on the ballot in 2020.”

While Roberts voted with the liberals to strike down the law, he pointedly did not agree with their reasoning, and said his vote was bound by a precedent from 2016, where the court had struck down a nearly identical law in Texas.

Liberals suspected that Roberts’ move meant that, even given the loss for conservatives in the Louisiana case, the top court was likely to allow more restrictive abortion laws than it had in the past. That view was bolstered when the court a few days later ordered the 7th U.S. Circuit Court of Appeals to reconsider rulings striking down Indiana abortion laws, including one that Pence had signed as governor.

Roberts did not immediately respond to a request for comment on Pence’s remarks.

Trump has sought to make the Supreme Court a key issue for conservatives ahead of the election, including by promising a new list of potential nominees by the fall.

There is evidence that a similar tactic was successful last cycle. More than a quarter of Trump voters told pollsters after the 2016 race that the vacancy on the court at the time was the most important issue shaping their vote.

Whether the top court will be as influential this cycle remains an open question. One key difference is that, at the moment, the court has no vacancies, though its eldest member, 87-year-old liberal Justice Ruth Bader Ginsburg, continues to fight health problems.

A recent survey by Morning Consult found that the court is one of the less important issues for voters, with 57% of Democrats and 53% of Republicans saying it was very important.

Pence’s comments come as other influential conservatives and Republican elected leaders target the Roberts court. One prominent example is Sen. Josh Hawley of Missouri, who once clerked for Roberts.

Hawley called the abortion decision a “disaster” and said after the court turned back Trump’s efforts to end the Obama-era DACA program that it was the “most disappointing week at #SCOTUS in years.”

Josh Blackman, a constitutional scholar at the South Texas College of Law, went further. In an opinion article for Newsweek published Monday, he suggested that Roberts should resign, citing recent leaks from the court to CNN.

While Pence has been relatively restrained about criticizing specific justices, Trump has frequently gone on the offensive, reserving his most heated attacks for Roberts. The chief justice has typically followed the Supreme Court’s regular practice of not engaging, though he did speak up once in 2018 after Trump accused a lower court judge of being an “Obama judge.”

Roberts said at the time that America does not have “Obama judges or Trump judges, Bush judges or Clinton judges.”

“What we have is an extraordinary group of dedicated judges doing their level best to do equal right to those appearing before them,” he said.