PolitiFact: Rick Scott Blames Democrats for Expanding the Debt. But It Was a Bipartisan Feat

"Democrats are responsible for the massive spending and debt growth, they alone need to take responsibility for raising the debt limit," Sen. Rick Scott said.

The U.S. is again facing a reckoning on the size of the national debt, which is approaching its legal limit. Without an increase in the debt ceiling, the country will not be able to borrow money to cover its bills. That would affect Social Security recipients, veterans and the people, banks and foreign nations that hold U.S. Treasury bonds.

Florida Republican Sen. Rick Scott said it should be up to Democrats to solve this problem on their own.

"We won’t vote to bail them out and cut them more blank checks to bury us in debt," Scott wrote Sept. 23 in the Orlando Sentinel. "Democrats are responsible for the massive spending and debt growth, they alone need to take responsibility for raising the debt limit."

PolitiFact: WHO Database Is Not Proof That COVID-19 Vaccines Are Harmful 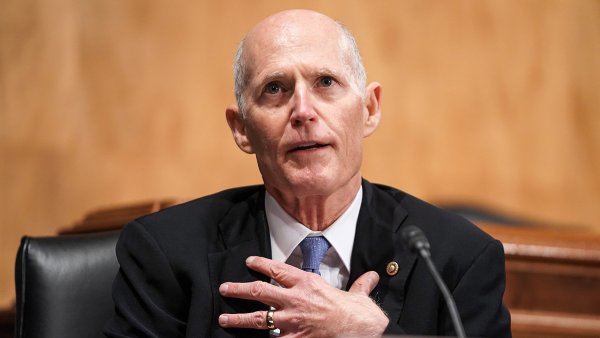 Are Democrats alone responsible for the growth in the debt?

No. It has been a decades-long, bipartisan effort.

The national debt is the accumulated total of all the money the government has borrowed over the decades to cover its deficits and fund its operations, but hasn’t yet paid back. With a temporary suspension of the debt ceiling having expired on Aug. 1, the U.S. is now subject to a $28.4 trillion cap on its debt load, unless Congress finds a way to agree on a new increase or suspension.

The day President Joe Biden took office, the national debt stood at $27.7 trillion. Eight months later, it is approaching that $28.4 trillion limit. But Scott’s finger-pointing ignores how the debt got as big as it is. Thanks to spending for wars, crises and mandatory government programs, along with a series of tax cuts, the debt continued expanding throughout the post-World War II period, regardless of which party controlled the White House or Congress.

In nominal dollars, since World War II, just over 60% of the growth in the debt took place under Republican presidents, and about 40% under Democratic presidents.

Biden championed the $1.9 trillion American Rescue Plan Act to help the country control and recover from the pandemic. Most of that spending takes place over two years, but it has already added to the running tally of the national debt. The bill passed without a single Republican vote. So that’s on the Democrats.

Now, the Democrats are seeking to pass a measure that could spend trillions more on infrastructure and social programs. How much it would ultimately contribute to the debt depends on the tax increases in the final package. But since none of it has been enacted yet, it hasn’t added a penny to the debt.

Scott didn’t mention the recent Republican record on adding to the debt, so we looked it up. What we found is that from the day President Donald Trump took office to his last day, the national debt grew $7.8 trillion.

About half of that — $3.6 trillion — came from dealing with the COVID-19 pandemic. That spending was backed by both Republicans and Democrats. It included the $2.1 trillion CARES Act, and another dose of relief of about $950 billion in late December 2020. Democrats and Republicans also approved spending bills that increased defense and social program spending.

But a good chunk of the debt increase came from initiatives backed solely by Trump and the then-GOP-controlled Congress. The 2017 Republican Tax Cut and Jobs Act, which slashed personal and corporate taxes, was supposed to spur enough economic growth to make up for lower tax rates. But after two years — even before the pandemic pummeled the economy — government revenues were down by about half a trillion dollars from what they would have been without the tax cuts. Not a single Democratic voted for that law, and among Republicans, only a dozen House members voted against it.

All told, before the pandemic struck, the debt had increased $3.3 trillion on Trump’s watch.

To be sure, no president has been totally responsible for the debt that accumulated during his administration. Congress writes the spending and tax bills that a president signs, and control of Congress has shifted back and forth between the parties for the past three decades.

Plus, each president’s debt record reflects laws and spending plans passed before he took office. Major commitments, such as Social Security payments, shape the country’s fiscal picture regardless of who sits in the Oval Office.

Marc Goldwein, senior policy director at the Committee for a Responsible Federal Budget, a group that promotes deficit reduction, said both parties own the current debt.

"It has been produced by Democrats and Republicans, on both a partisan and bipartisan basis," Goldwein said.

We reached out to Scott’s office and didn’t hear back.

Scott said that "Democrats are responsible for the massive spending and debt growth."

The bottom line is both Democrats and Republicans are responsible for growth of the national debt. The debt grew by $7.8 trillion during the Trump years, in part because of bipartisan votes on COVID-19 relief and other spending, but also because of measures like the Tax Cut and Jobs Act, which was backed only by Republicans.

We rate this claim Mostly False.