Casting aside his own advice to American diplomats and bulldozing a long tradition of secretary of state non-partisanship, Mike Pompeo plunged into the heart of the 2020 presidential race Tuesday with a speech supporting Donald Trump’s reelection.

The address was roundly condemned by Democrats and others as an inappropriate breach of decades of diplomatic precedent and a possible violation of federal law prohibiting executive branch employees from overt political activism while on duty. Indeed, Pompeo himself had reminded State Department staffers of those restrictions only last month. Yet he went ahead with the speech, which was recorded in Jerusalem during an official visit to the Middle East, over strident objections, complaints of hypocrisy and the threat of a congressional investigation.

Although the State Department maintained Pompeo was speaking in his personal capacity without any U.S. government support or staffing — therefore, legally — the Trump campaign and the Republican National Committee identified him a “secretary of state” in previews of his convention remarks.

But while the venue and audience were extraordinary and perhaps problematic, the content of Pompeo’s roughly four-minute speech would not have been out of place in any number of his previous public appearances either at home or abroad.

Pompeo delivered standard recitations of GOP claims about the successes of Trump’s “America First” foreign policy against Russia, China and Iran. He said they made his family — wife Susan and son Nick — and all Americans safer. He spoke of the defeat of the Islamic State’s physical caliphate, Trump’s pro-Israel agenda and the president’s determined vigilance to guard against the “predatory aggression” of the Chinese Communist Party.

It was material Pompeo has repeated countless times before audiences foreign and domestic at think-tank events, media interviews and press conferences that have seldom been met with raised eyebrows. In fact, Pompeo’s convention speech was relatively mild in comparison with previous comments he has made taking Democrats to task for failed policies. 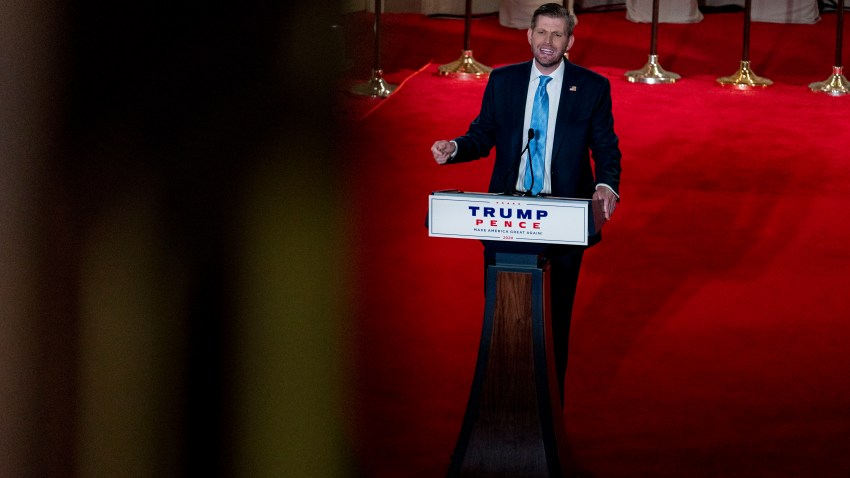 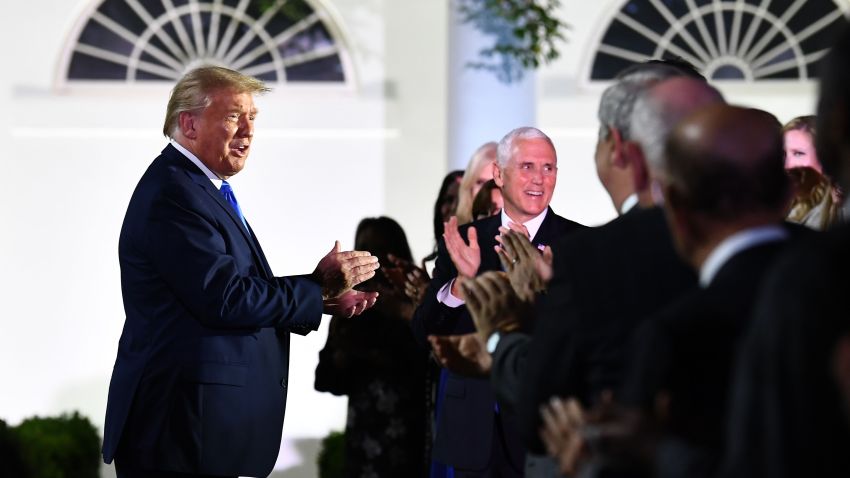 In an apparent nod to concerns about the appearance, which congressional Democrats allege is in violation of the Hatch Act prohibiting executive branch employees from partisan activity, Pompeo did not attack Trump’s opponent, former Vice President Joe Biden, by name or even mention the Democratic party. He limited his remarks to a defense of Trump and the policies of the administration — something all secretaries of state do, albeit not at their party conventions.

Widely considered to be interested in seeking the 2024 GOP presidential nomination, Pompeo did not expressly urge voters to cast their ballots for Trump. Instead he limited his exhortation to the observation that “the way each of us can best ensure our freedoms is by electing leaders who don’t just talk, but deliver.”

“Hi. I’m Mike Pompeo,” he began in the pre-taped speech that was recorded in Israel Monday near twilight on the roof of the King David Hotel. “I’m speaking to you from beautiful Jerusalem, looking out over the Old City.”

“I have a big job … as Susan’s husband and Nick’s Dad,” he said, pausing for effect and knowing full well his audience was aware of the controversy. “They are more safe, and their freedoms more secure, because President Trump has put his America First vision into action. It may not have made him popular in every foreign capital, but it has worked.”

Even before the speech aired, a senior Democrat on the House Foreign Affairs Committee announced he had opened an investigation into whether Pompeo is violating the Hatch Act and demanded that the State Department produce its legal justification for the speech. Rep. Joaquin Castro, D-Texas, who chairs the committee’s panel on government oversight, called Pompeo’s actions “unacceptable.”

After his brief introduction, Pompeo then launched into a brief synopsis of Trump foreign policy highlights, which for Republicans have been all successes and no failures.

Hal Lambert, the former finance chair for the Texas GOP, recaps night one of the RNC convention.

Because of Trump, he said, NATO is stronger, Ukraine has been provided with lethal defensive weapons and the U.S. has withdrawn from an arms control treaty to deter Russian aggression with new missiles. He did not mention that Trump’s strong-arm tactics with NATO allies have left many of them resentful and concerned about America’s commitment to their defense; that Trump was impeached for trying to withhold vital military aid to Ukraine in return for political dirt on Biden; or that many national security experts fear the president has set the stage for a new arms race with Russia.

Trump is counting on the support of conservative American Jews and the evangelical Christian community in November, and the choice of Jerusalem — along with the backdrop of the religiously siginificant Old City — for Pompeo’s speech was clearly aimed at them. As if they needed reminding, Pompeo pointed out that Trump had recognized Jerusalem as the capital of Israel and moved the U.S. embassy there from Tel Aviv, something long desired by Israeli Prime Minister Benjamin Netanyahu.

“The president moved the U.S. Embassy to this very city of God, Jerusalem, the rightful capital of the Jewish homeland,” Pompeo said. “And the President brokered an historic peace deal between Israel and the United Arab Emirates, that our grandchildren will read about in their history books.”

Pompeo spoke of pushing back against China on trade and intellectual property theft and of calling out the Chinese for “covering up” the outbreak of the coronavirus that has gripped the world. He did not mention Trump’s initial personal affinity for Chinese leader Xi Jinping, which was ruptured earlier this year by the virus pandemic amid widespread criticism of the president’s handling of the crisis.

On North Korea, Pompeo said Trump had “lowered the temperature and, against all odds, got North Korean leadership to the table.” Left unsaid was the fact that Trump was partly to blame for raising the temperature with North Korean leader Kim Jong Un in the first place by threatening the country with “fire and fury.” Nevertheless, Pompeo noted that since the first of Trump’s three meetings with Kim, North Korea has not conducted any new nuclear or long-range missile tests.

On Iran, Pompeo talked about Trump’s withdrawal from the “disastrous” 2015 nuclear deal, which has nonetheless left the U.S. isolated at the United Nations with even its strongest allies opposed. He spoke of the defeat of the Islamic State without mentioning that Trump had unexpectedly ordered the withdrawal of American forces from Syria that could jeopardize the victory.