Throughout the global coronavirus crisis, Trump’s statements have been colored by baseless optimism

In the course of a few weeks, President Donald Trump veered from confidently assuring Americans his administration had the coronavirus outbreak "very well under control" to declaring a national emergency and tweeting all-caps caution about the pandemic that has upended every facet of American life.

Trump meandered from denial to grudging acceptance, and he seeded conflicting, inaccurate and eyebrow-raising commentary on a country desperate for unvarnished, even shock-to-the-system, guidance.

Throughout the global coronavirus crisis, Trump’s statements have been colored by baseless optimism. Sometimes, his commentary has been flatly wrong. Frequently, it’s been amplified by aides and allies with the help of conservative media.

As he confronts the most serious national crisis of his presidency, the lack of precision has cut into Trump’s credibility at a moment when he needs it more than ever, analysts say.

President Donald Trump on Sunday urged Americans to not "buy so much," referring to long lines and empty shelves at stores around the U.S. "Just relax," he said. "It all will pass."

"It started out with really what can only be described as full-blown denial," said Brian Ott, a communication studies professor at Texas Tech University who has done extensive research on the president’s social media rhetoric. "Then as the crisis spread and as it became a pandemic ... it just wasn't viable rhetoric anymore because it wasn't at all where the American public was at."

Early on, the president downplayed the coronavirus as something similar to the seasonal flu — nothing that Americans should be overly concerned about and something that would quickly pass.

His optimistic public comments often didn’t match the reality on the ground or even how U.S. public health agencies were approaching the looming crisis behind the scenes.

In one of his first substantive public remarks on the virus, during a visit in late January to an auto parts manufacturer in Michigan, Trump acknowledged that the U.S. had seen a smattering of infections but predicted a "very good ending for it."

At that moment, there were only a handful of known cases in the United States, but the virus had already infected thousands in China, and the World Health Organization had declared the virus a "public health emergency of international concern."

"We think we have it very well under control," Trump told the assembled workers. "We have very little problem in this country at this moment — five. And those people are all recuperating successfully. But we’re working very closely with China and other countries, and we think it’s going to have a very good ending for it. .... That I can assure you."

The next day the Trump administration said it would suspend entry into the United States by any foreign nationals who had traveled to China in the past 14 days, excluding the immediate family members of U.S. citizens or permanent residents. By then, more than 200 people had died, and nearly 9,800 had been infected worldwide.

Weeks later — on Feb. 25 — his top economic adviser, Larry Kudlow, sought to ease volatile markets by assuring investors that the administration had the virus "contained" and "it was pretty close to airtight." Kudlow added that coronavirus may be a "human tragedy" but predicted it wouldn't be an "economic tragedy." At one point, when the stock market was plunging, he even mentioned the prospect of "buying the dip." 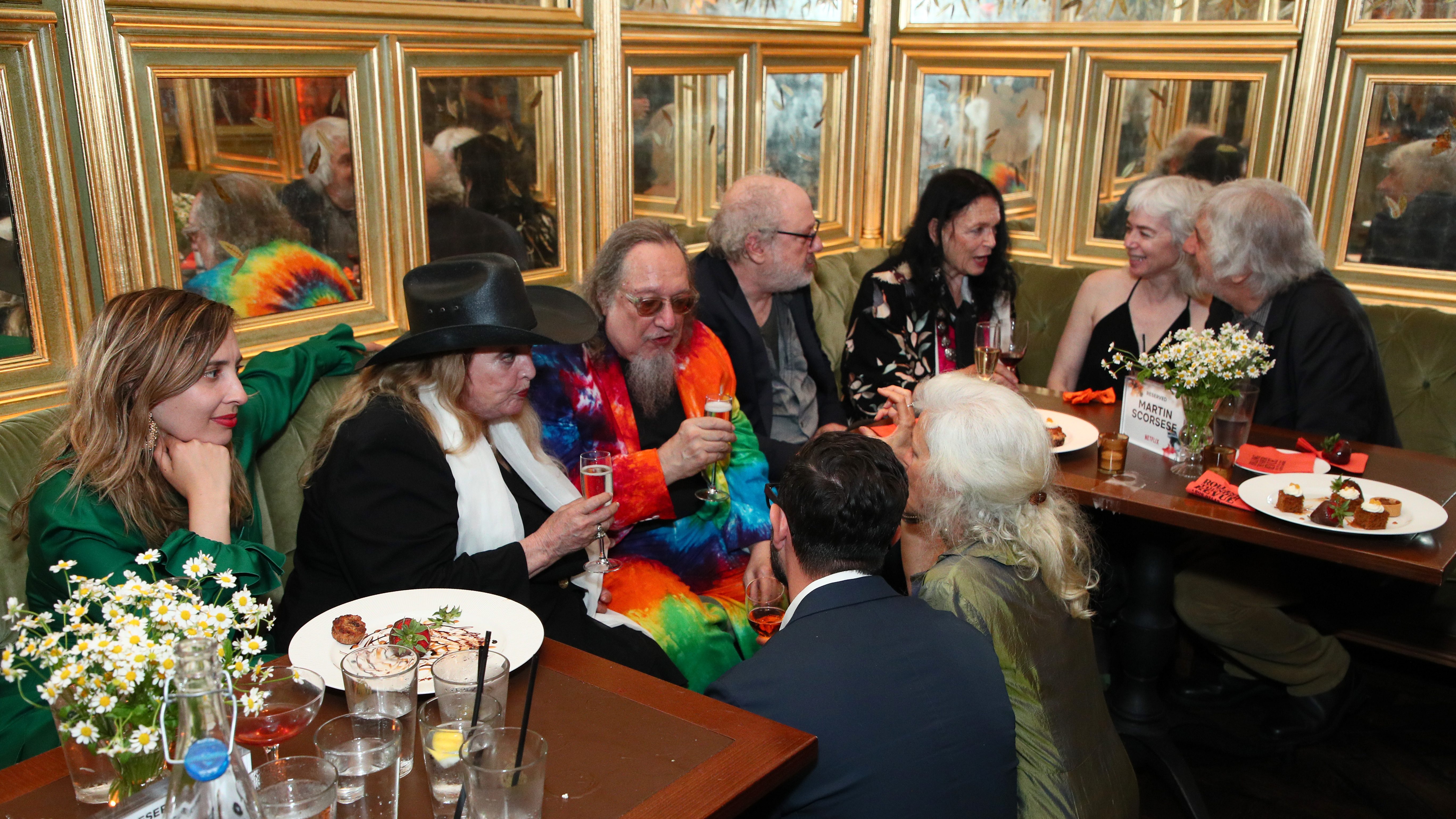 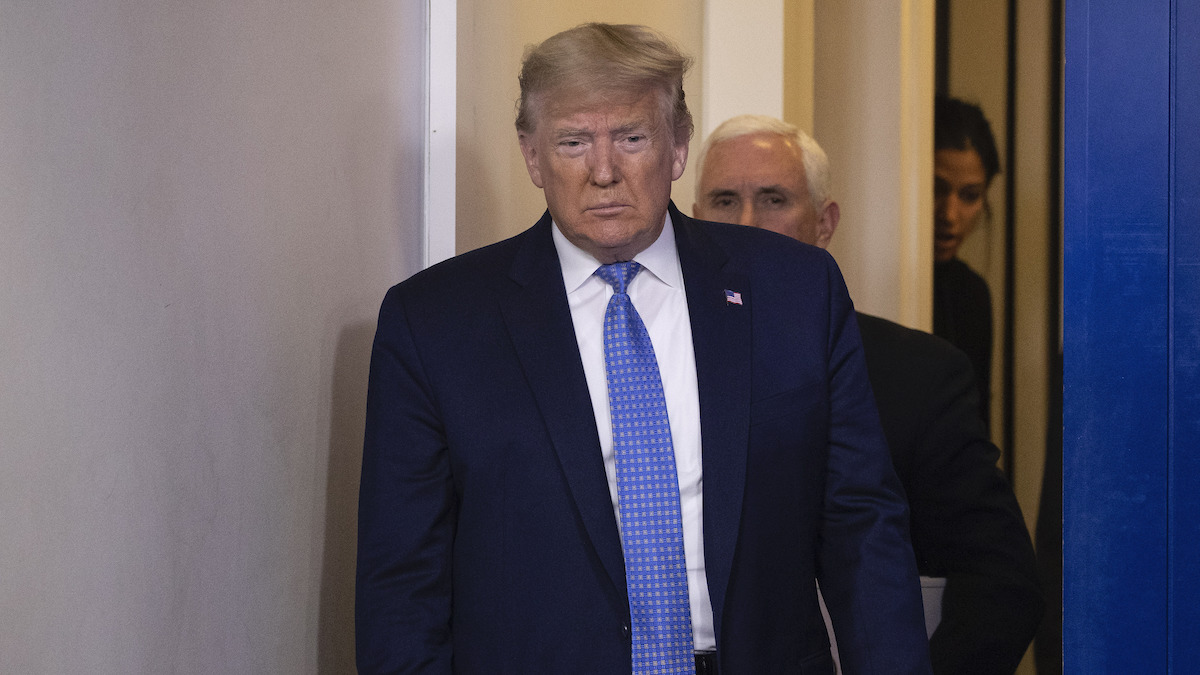 The optimism was jarring. As Kudlow was attempting to reassure markets, the Centers for Disease Control and Prevention warned of an incoming "disruption to everyday life." The spread of the coronavirus in the U.S., agency officials warned, was "not so much of a question of if" but rather "a question of when."

Even as Democratic criticism of his approach mounted, the president — backed by aides and allies — turned to lashing out that his enemies were trying to use the catastrophe to score political points. By late February, after confirmed infections in the U.S. had accelerated, Trump accused political opponents and the media of pushing a "new hoax."

"Now the Democrats are politicizing the coronavirus. You know that, right?" Trump lamented during a campaign rally in South Carolina days after the CDC warning. "Coronavirus, they’re politicizing it."

Trump, throughout the crisis, has also seemed out of tune with aides and public health experts offering him guidance.

Dr. Anthony Fauci discusses the latest on the Coronavirus outbreak including the big threat from Europe and the decrease in cases in China.

At a White House news briefing Sunday evening, Trump claimed that his administration had "tremendous control" in containing the virus, even as the infection rate is surging in the U.S. Minutes later — and after Trump had left the news conference — Dr. Anthony Fauci, the U.S. government's top infectious disease specialist, told reporters, "The worst is yet ahead for us."

Kathleen Hall Jamieson, director of the Annenberg Public Policy Center at the University of Pennsylvania, said that Trump's efforts to downplay the health crisis was particularly galling because public health officials had already warned that the virus was going to be explosive.

"The trustworthiness of a president in a time of national crisis is his most important asset," Jamieson said. "And when he says things that are proven to be untrue, or problematic from a public health standpoint, that erodes his credibility and the capacity of the country to prepare adequately."

Days later, White House press secretary Stephanie Grisham echoed the president’s frustration on Fox News. "I just want to stress to politicians and the media to stop using this as a tool to politicize things and to scare people," Grisham said on "Fox & Friends."

President Donald Trump declared a national emergency on Friday during a press briefing at the White House.

But it’s not only Democrats who have been frustrated by the president’s messaging throughout the crisis.

Republican Sen. Susan Collins of Maine said Trump should "step back" and let a public health official do the talking.

"I think that the messaging at the federal level has been inconsistent, and when you are dealing with a novel virus like this, it’s very important that health professionals be out front and that there be a consistent message," Collins said.

The White House effort to blame Democrats and the media for putting too bright of a spotlight on the health crisis was further amplified by some commentators on Fox News and its related operations.

President Donald Trump was asked about his administration’s decision to disband the pandemic office housed within the NSC during Friday’s press conference at the White House.

Fox Nation host Tomi Lahren sought to minimize the crisis by raising the California homelessness epidemic. "Call me crazy, but I am far more concerned with stepping on a used heroin needle than I am getting the coronavirus, but maybe that’s just me," she said.

Fox Business host Trish Regan said the president’s opponents were trying to "create mass hysteria to encourage a market sell-off" to undercut his reelection effort. Conservative talk-radio host Rush Limbaugh suggested that the president is the target of "virus terrorism."

Not all Fox News personalities bought into the conspiracy peddling. Last week, Fox News anchor Martha MacCallum expressed exasperation when Seema Verma, Trump’s Centers for Medicare and Medicaid Services administrator, repeatedly ignored her question about whether American hospitals had enough ventilators and intensive care units to deal with patients who may be stricken.

Fox News host Tucker Carlson, without uttering the president’s name, questioned the wisdom of baseless optimism, and he offered Trump some advice.

President Donald Trump discussed parts of a new bi-partisan coronavirus bill, that if passed, would provide free testing and unemployment benefits. The president also said he was tested for coronavirus on Friday.

"In a crisis, it’s more important than ever to be calm," Carlson said. "But staying calm is not the same as remaining complacent. It does not mean assuring people that everything will be fine. We don’t know that. Instead, it’s better to tell the truth. That is always the surest sign of strength."

By Saturday, the president had abruptly changed course, tweeting "SOCIAL DISTANCING!" to his more than 70 million Twitter followers.