The Republican National Convention started Monday featuring a slate of speakers who, in remarks both live and pretaped, praised Donald Trump and railed against Democratic presidential nominee Joe Biden.

Here are some of the top moments from the first night of the 2020 RNC.

President Donald Trump has been widely blamed for worsening the coronavirus pandemic, which killed 175,000 people in the United States and continues to surge in southern states such as Florida and Texas, which last week became the fourth state to surpass 10,000 deaths.

The Republican National Convention highlighted a group of doctors and nurses who praised Trump’s actions, casting him as decisive leader who confronted the pandemic quickly and effectively. There was no mention of the high death toll, the shortage of personal protective equipment for hospital personnel, the confused response from the federal government and Trump’s refusal to follow recommendations from Dr. Anthony Fauci and other doctors, to wear a mask and to be cautious about drugs like hydroxychloroquine.

Among his defenders: a nurse from West Virginia, Amy Johnson Ford, who volunteered in New York and Texas to care for COVID-19 patients, who focused on the expansion of telehealth, and Dr. G. E. Ghali from Louisiana, a surgeon at the Louisiana State University Health Sciences Center who has recovered from COVID-19.

“Donald Trump’s quick action and leadership saved thousands of lives during COVID-19,” Ford said. Ghali emphasized the administration’s support for a fast development of a vaccine and of therapies, Operation Warp Speed. Trials are underway but no vaccine has been developed yet.

“A prompt response by President Trump cleared away the red tape that usually makes drug approvals and long and drawn out process,” he said.

Trump, who continues to call the coronavirus the “China virus” ignoring charges that it is a racist description, did implement a limited ban on travel from China that took effect Feb. 2. But doctors now say that the virus was already spreading from Europe.

America Will Be a 'Horror Movie' If Trump Loses

Republicans predicted a national “horror movie” should Trump lose in November, warning of the radical socialism that would be forced upon Americans should Trump not win a second term.

Trump and fellow RNC speakers distorted Joe Biden’s agenda through the evening, falsely accusing the Democrat of proposing to defund police, ban oil fracking, take over health care, open borders and raise taxes on most Americans. They tried to assign positions of the Democratic left to a middle-of-the-road candidate who explicitly rejected many of the party’s most liberal positions through the primaries.

Rep. Matt Gaetz of Florida likened the prospect of Biden’s election to a horror movie.

“They’ll disarm you, empty the prisons, lock you in your home, and invite MS-13 to live next door,” Gaetz said. 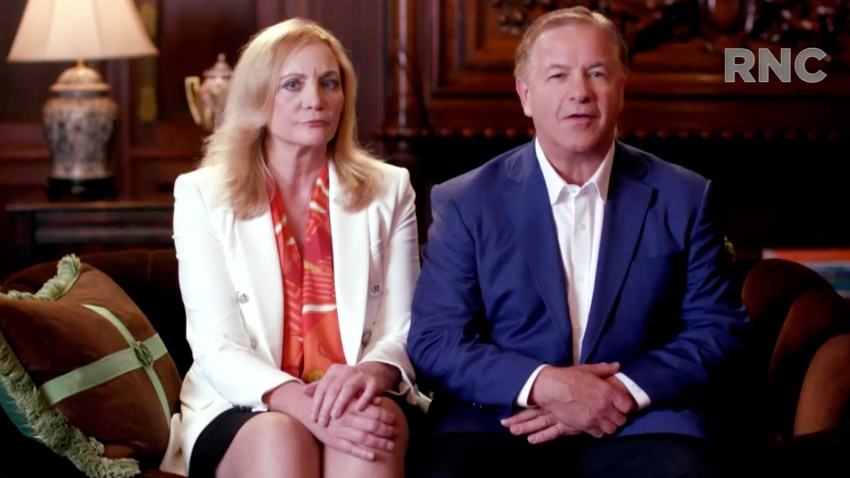 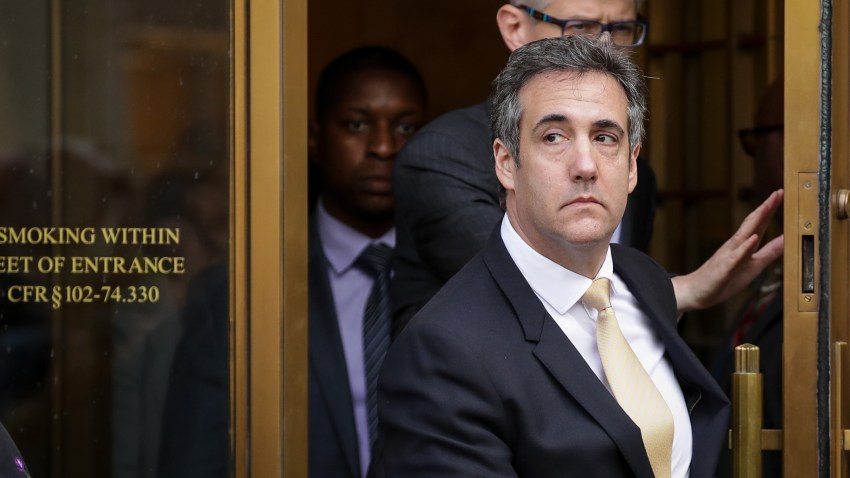 Conservative activist Charlie Kirk warned the convention that a Trump victory was imperative to “ensure that our kids are raised to love America, not taught to hate our beautiful country.”

“They want to abolish the suburbs altogether by ending single-family home zoning,” Patty McCloskey alleged, claiming the move “would bring crime, lawlessness and low-quality apartments into thriving suburban neighborhoods.”
“These are the policies that are coming to a neighborhood near you,” she said. “Your family will not be safe in the radical Democrats’ America.”

The apocalyptic messaging comes as Trump’s campaign strategists are aiming to motivate their own base with dire warnings of a Biden win — and to do their best to deter moderate voters who aren’t Trump fans from voting Democratic.

Attempts to Tie Biden to 'Defund the Police' Movement

Asked recently by ABC News if he supports defunding the police, Biden said “No, I don’t.”

While some on the left have embraced calls to cut police funding, Democratic nominee Joe Biden and the Democratic Party are not among them. Biden has said he supports adding funding for local police forces and using more psychologists and social workers to do police work. The official Democratic Party platform, approved last week, does not include any references to defunding the police.

Yet Republican speakers repeated misleading claims about calls from some politicians to reform or defund the police during the first night of the RNC.

“The police aren’t coming when you call in Democrat-run cities. They’re already being defunded, disbanded. Blaming our best and allowing society's worst? That's the story they write in Hollywood,” Rep. Matt Gaetz said.

“Democrats spent a lot of time talking about how much they despise our president. But we heard very little about their actual policies. Policies that would have been unthinkable a decade ago. Policies like banning fossil fuels, eliminating private health insurance, taxpayer-funded health care for people who come here illegally, and defunding the police,” Republican National Committee Chair Ronna McDaniel said referring to last week's Democratic National Convention.

Some cities run by Democratic mayors, including New York City and Minneapolis, have sought to reduce police funding or fundamentally rethink policing, but that doesn't mean Americans have been left without police. New York City’s police still has a $5 billion operating budget. Efforts to disband the Minneapolis police through a ballot initiative have so far failed, NBC News reported.

Joe Biden has an enormous advantage among Black voters, with polls showing the former vice president favored by 75 percent of African Americans or more. So on the first night of the convention, which came a day after the police shooting of Jacob Blake in Wisconsin prompted new protests, Republicans made a direct appeal to African Americans.

From former football player Herschel Walker to Sen. Tim Scott of South Carolina, speakers defended the president’s record and rejected accusations that he is a racist. Walker, who has known Trump for 37 years, said the president had shown how much he cared about social justice through his actions.

“Growing up in the deep South I have seen racism up close,” Walker said. “I know what it is. And it isn't Donald Trump.

"Just because someone loves and respects the flag, our national anthem and our country doesn't mean they don't care about social justice," he said. "I care about all of those things. So does Donald Trump."

Former pro football player and Heisman Trophy winner Herschel Walker talked about his long friendship with President Donald Trump on the first night of the 2020 RNC.

Vernon Jones, a lifelong Democrat and politician from Georgia, said he was part of a growing number of Black Americans who were independent thinkers who support Trump.

“The Democratic Party does not want Black people to leave their mental plantation,” he said. “We've been forced to be there for decades and generations. But I have news for Joe Biden: We are free. We are free people with free minds.”

Congressional candidate Kim Klacik of Baltimore, running to replace Elijah Cummings, the civil rights leader who died in October, told the convention that the days of blindly supporting Democrats were coming to an end.

The prime spot went to Sen. Tim Scott of South Carolina, who closed the evening by accusing Biden and his running mate, Kamala Harris, of wanting to turn the country into a socialist utopia. “And history has taught us that path only leads to pain and misery, especially for hard-working people hoping to rise,” he said.

Much of Scott’s speech was an uplifting vision of America that convention organizers had promised but which many other speakers failed to deliver.

Scott described his upbringing by a single mother working 16 hours a day who encouraged him even when he had lost faith in himself. He started his own business, won a Republican primary against the son of segregationist Strom Thurmond and went from Congress to the Senate.

The overwhelmingly white district judged him on the content of his character, not the color of his skin, he said, quoting Martin Luther King Jr.

"Our family went from cotton to congress in one lifetime," he said. "And that’s why I believe the next American century can be better than the last.”

Hear what Senator Tim Scott, R-S.C., had to say during his speech on night 1 of the 2020 Republican National Convention.