Roberts a Pivotal Vote in the Supreme Court's Big Opinions

Chief Justice John Roberts, a conservative nominated by President George W. Bush who has led the court for nearly 15 years, has joined his liberal colleagues in several major opinions

The biggest cases of the Supreme Court term so far have a surprising common thread.

On a court with five Republican appointees, the liberal justices have been in the majority in rulings that make workplace discrimination against gay and transgender people illegal, protect young immigrants from deportation and, as of Monday, struck down a Louisiana law that restricted abortion providers.

As surprising, Chief Justice John Roberts, a conservative nominated by President George W. Bush who has led the court for nearly 15 years, has joined his liberal colleagues in all three.

Since the retirement of Justice Anthony Kennedy in 2018, Roberts has played a pivotal role in determining how far the court will go in cases where the court's four liberals and four conservatives are closely divided.

Here's a look at where Roberts stood in the abortion, immigration and LGBT cases, his history on the court and what's at stake in coming decisions in which Roberts could play a key role:

But Roberts' reason for siding with the liberals had less to do with his feelings on abortion than with his feelings on whether the court should do an abrupt about-face. Four years ago the court's four liberal members and Justice Kennedy struck down a Texas law nearly identical to Louisiana's. At the time, Roberts was a vote in dissent. But with Kennedy's retirement and replacement by conservative Justice Brett Kavanaugh, many conservatives had hoped the result in the Louisiana case would be different. Not so, Roberts wrote: “The result in this case is controlled by our decision four years ago." 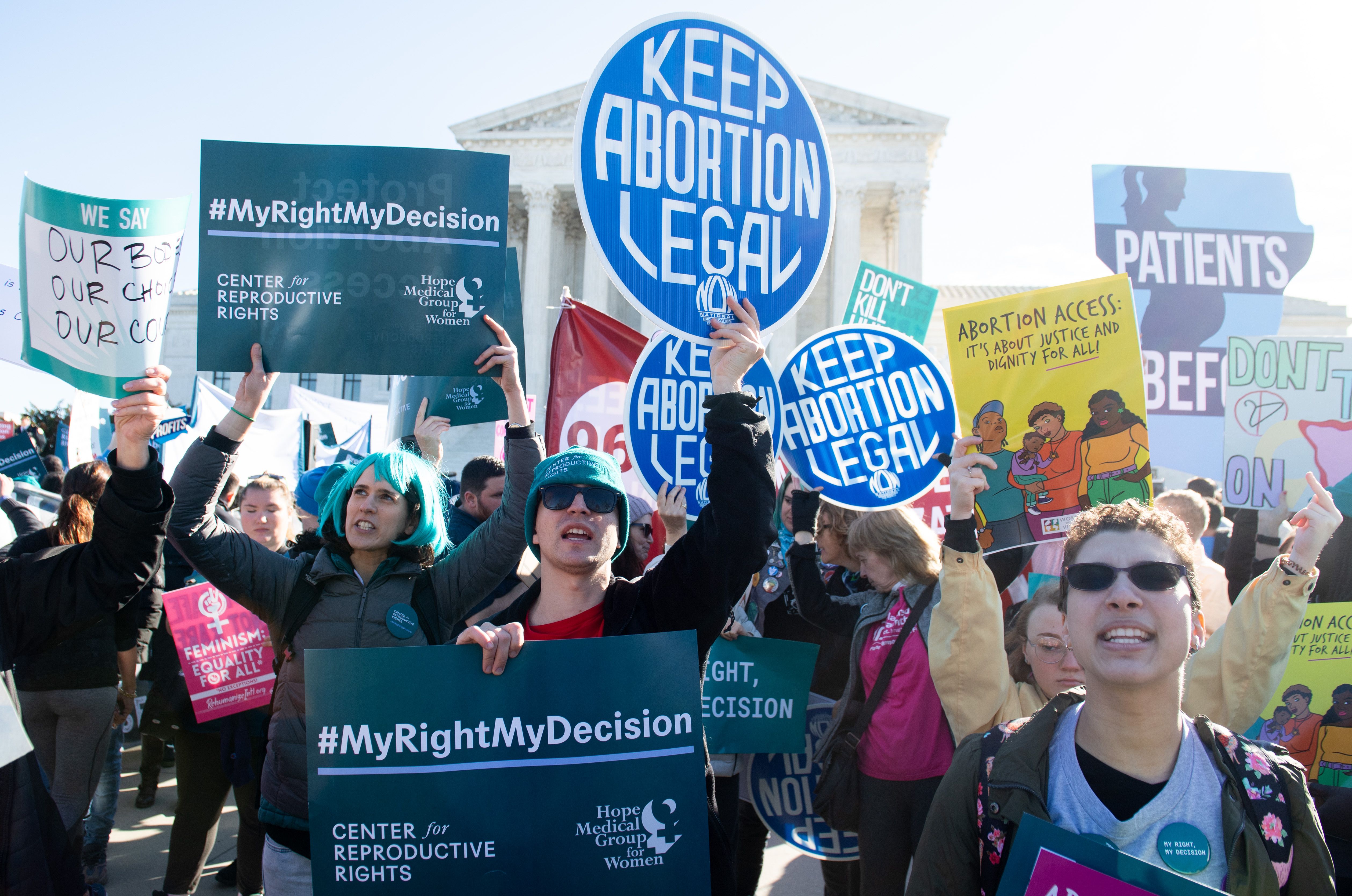 On June 18, the court ruled 5-4 against the Trump administration, saying it did not take the proper steps to end the 8-year-old Deferred Action for Childhood Arrivals program, which protects some 650,000 young immigrants from deportation. Roberts wrote the court's opinion, joined by the four liberal justices.

Trump has already said he will renew his effort to end DACA.

The U.S. Supreme Court ruled on Thursday that the Trump Administration could not end Deferred Action for Childhood Arrivals Program, citing a failure by the Department of Homeland Security to give an adequate justification for the termination.

The court's immigration ruling followed just days after its June 15 ruling that a landmark civil rights law protects LGBT people from discrimination in employment. The ruling didn't divide the court like the abortion and immigration rulings, however. Six of the justices — Roberts, the court's four liberals and Trump appointee Neil Gorsuch — ruled against the Trump administration and in favor of the LGBT plaintiffs in the cases. Gorsuch wrote the opinion, which Roberts joined.

The U.S. Supreme Court ruled Monday that LGBTQ rights are protected from discrimination in employment.

ROBERTS IN THE TRUMP ERA

If liberals have this month been cheering Roberts' decisions while conservatives have bemoaned them, Roberts is used to taking heat from both sides and defying easy political labels. He has sided with the court's other conservatives in 5-4 decisions allowing the Trump administration to tap Pentagon funds to build more fencing at the U.S.-Mexico border and upholding the administration's travel ban. At this time last year, he handed Republicans a huge victory protecting even the most extreme partisan electoral districts from federal court challenge. But, on the same day, he served the Trump administration a defeat, writing an opinion that kept a citizenship question off the 2020 census.

Even on Monday, Roberts and the conservatives united in two other cases, ruling that the structure of the Consumer Financial Protection Bureau is unconstitutional and to uphold a provision of federal law that requires foreign affiliates of U.S.-based health organizations to denounce prostitution as a condition of receiving taxpayer money to fight AIDS around the world.

Partisans on both sides could quickly find their feelings on Roberts changing. The justices still have 10 decisions remaining to release before they go on their traditional summer break. Most of the outstanding cases were argued in May when the court heard arguments by telephone because of the coronavirus pandemic. The remaining cases include fights over the president’s tax returns and important cases involving religion in public life. If those cases divide the court, Roberts' vote will again be key.